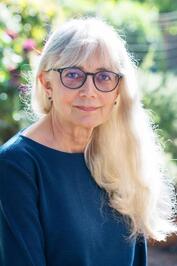 What inspired you to write East of Troost?

A few years ago, I was in Kansas City for a high school reunion. I drove by the house where I grew up and found it abandoned, with a blue tarp on the roof. I got out of the car, peered in the windows, and poked around a back yard I hadn’t set foot in since 1975. So much was unchanged, but falling apart. It was a crazy experience. I wanted a better future for that house. I didn’t want to actually move back to that little house, but I could write a different future for it in a novel.

I also had been reading about the whole “east of Troost” phenomena. It wasn’t called that when I lived there—I left when I was eighteen—and years later when I did hear about it, I wanted to know more. Writing this book gave me a way to express all that I found out about that phenomenon in Kansas City, and many other American cities. The way I did that was by telling my own story from my teen-age years, which was the time of Fair Housing, the Martin Luther King and Robert Kennedy assassinations, and demographic shift.

You talk about the neighborhood being predominantly Black, but you don’t tell us who in the story is Black and who isn’t. Was that on purpose?

Initially I didn’t think about it, but as I was writing, I thought about how Black people are always defined by their skin color—in the news, for example—but white people are not. I decided to make it clear that the neighborhood was 98 percent Black and then not describe the characters by color, with a few exceptions. It would be interesting to know how readers picture those characters. 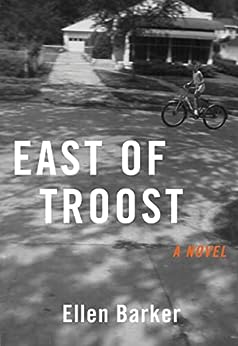 You have a BA from Washington University in St. Louis in Urban Studies. Does St. Louis have its version of Troost?

Yes, of course it does. It’s called the Delmar Divide. Most large American cities have a dividing line of some sort. There is an area called Black Boston. Chicago has a Black Belt. Redlining and covenants were common all over America. Even the town where my dad grew up, a village of less than 500 people, had a color wall. The rural county where my mother lived as a child was a “sundown” county. That meant that people of color had to be out of the county by sundown. They put up billboards saying just that. There were hundreds of these cities and counties, all across America. All of it is illegal now, and the divides have been breached, but they are not gone.

The topic of your book is so controversial for a white woman to write about, are you concerned about push back from BIPOC audiences?

If there is a BIPOC pushback, particularly about the fictional, modern parts of the story, I do want to hear it and maybe write about it, because it means that even someone who is trying hard has gotten it wrong. It’s quite possible that I got some things wrong. At my publisher’s suggestion, I did contract for an independent sensitivity read, specifically to see if anything stood out. The sensitivity reader had a few great suggestions but overall thought the story was fine. But as she said, she’s just one person, one point of view.

I think that push back from white audiences is just as likely, from people who were horrified by the 1968 riots (and recent ones in other cities) and can’t see the forces behind them, don’t know about the day-to-day lives of the ordinary people behind the marches and demonstrations. I wrote that scene about what the narrator witnessed through her grade school windows after the MLK assassination specifically to get at that. And of course that scene was autobiographical. Everything that takes place in the 1960s in the book is factual, it’s my own history, fictionalized just enough to maintain privacy.

What did you learn from writing this story?

I did quite a lot of research to make sure the hard facts (dates, streets, crime statistics, census data, and news reports) were correct. That research turned up more and more information that was new to me, for example how few people east of Troost own their homes. I also didn’t know much about who was behind creating the so-called Troost Wall, including revered Kansas Citians like J.C. Nichols.

Apart from all that, I learned that I really like writing fiction.

Have you read any other books that deal with racism that you enjoyed?

Interesting that you say “enjoyed.” As a social sciences major I read many, many books that had a strong effect on me—the earliest was probably Black Like Me. They were spellbinding, but not exactly enjoyable. James Baldwin’s The Fire Next Time had a profound impact on me, and there are many more recent ones. Some, like The New Jim Crow, are excruciating. But yes, some books dealing with racism are enjoyable too. I Take My Coffee Black is a great example. Jason Mott’s Hell of a Book. Some of these are nonfiction and some are fiction. I have a strong belief in the ability of the novel to educate.

Do you have more books planned?

Absolutely! A follow-on book is ready to go. I really needed to know what happened next, and the only way to find out was to write it. I think there may be one more in that series.

I’m also working on a novel that takes place in Saint Louis in 1978. The Delmar Divide plays a role, but it’s a very different story. After that, I’ll move the setting to California for a book or two. I’m just getting started.