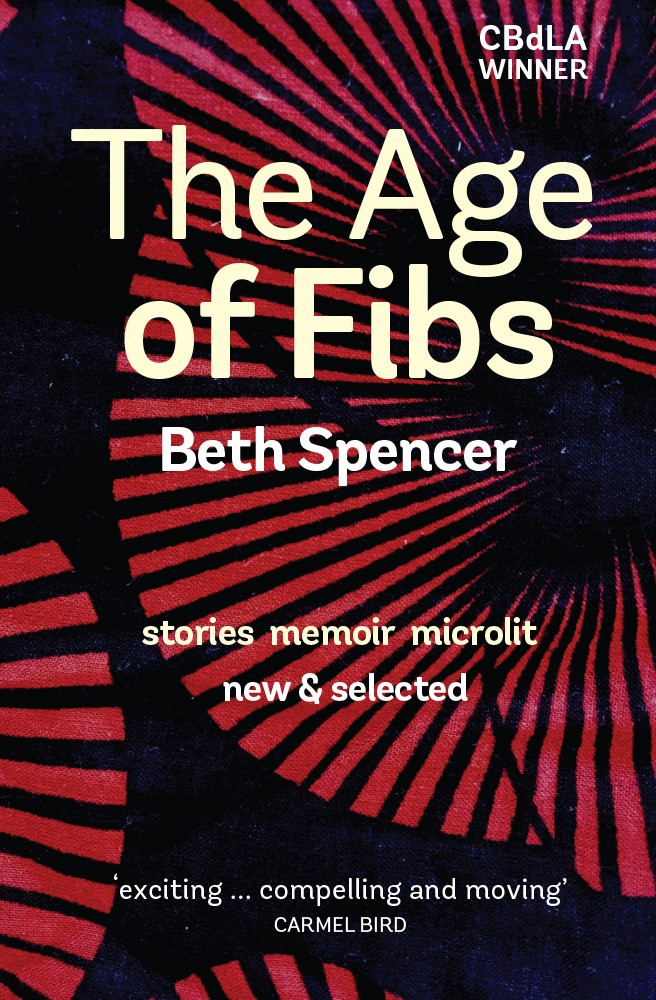 Ostensibly The Age of Fibs is a series of short works, each quite different in shape, texture, and overall structure, but pivoting around the notion of truth, memory, trauma, and the redemptive power of story.

The Age of Fibs is also memoir, philosophy, cultural exploration, and a travelogue, with most of the stories in some way being anchored through the same narrative viewpoint. But however true to fact and corroborated by photos and drawings, memoir is always subject to recreation, to one-sided perception, rewriting, and recasting. It is always both true and fictive, and like dreams, pieced together from a grab-bag of images and turned into stories that reflect the themes being explored. The Age of Fibs picks up on this uncertainty beautifully and works with it, allowing for openness, complexity, and fragmentation, while still keeping the coherency of the story intact.

“The Mummy’s Foot”, which won The Age Short Story Award, is set in 1969 and follows a period in the life of a ten year old girl whose brother has just had a serious car accident and is convalescing in hospital. The hospital story is interspersed with a second story: segments of a film the girl is watching at the South Australian Museum, about how the brain is removed from a cadaver in preparation for mummification. The connection between these two stories is subtly managed as the reader experiences the shift between nostalgia and regret against the current events and domestic details unfolding around the family crisis.

Other stories explore the bra (picking up on Spencer’s thesis topic) and its role in the life of a schoolgirl during the 70s; the pain and pleasure of family – particularly mother/daughter and sibling – as it plays out in a variety of locations including a visit to Uluru; and a particularly potent feminist reading of the film Fatal Attraction that moves in and out of the fiction and reality, and through the streets of Newtown. The stories are woven with psychology, sociology, and mythology:

Medusa was death, I knew that. To see her face to face was to die. She was also the present and the future; the destroying aspect of the triple Goddess, with magic blood that could create and destroy life. (24)

“The Death of Mr Propinquity,” is written as a Kafka-styled fable that plays on notions of self-awareness, what it means to be both determined, and to create a story for oneself. The piece somehow manages to be both absurd and hyper-realistic, bringing the reader-as-character directly into the story and breaking the third wall. It makes for uncomfortable reading at times, to feel our gaze—like looking at the tip of the nose, but is also funny, moving, and a little scary:

Night time, Mr Propinquity dreams about the writer of his story. He is in a long dark hall. The walls are clammy and soft with a faintly luminous substance like lime. A dark haired woman wearing a red dress with black lace flowers and a Spanish mantilla is dancing in the middle of the floor. (134)

The book finishes with an almost novella length piece titled “The True Story of an Escape Artist”. The piece contains many separate segments which take the theme of coming-of-age in the 70s and 80s in country Victoria and aligns closely with the rest of The Age of Fibs. Spencer includes her own family photographs and a drawing, plus dreams, fantasies, and musings on the nature of family bonds and ties in a way which looks and feels as personal as confession, but which, harkening to the book’s title, moves seamlessly between the personal and the universal and between ’truth’ and perception, blurring the distinctions between fact and fiction. The more personal the story seems, the more it opens into a broad philosophical exploration of what it means to be the youngest member of a large family, to be a sibling, to develop a sense of self, to feel desire, gendered, lost, and found:

The original family is like a puzzle in a dream that one hasn’t quite ‘got’. You keep repeating the dream so you can keep going over and over it.
You can get trapped in the recurring nightmare — backed into a corner, where your only option is to keep hurting each other. Or perhaps you can use the dream to examine your life and find a way out. (195)

As soon as the story appears to be moving in a linear fashion, it fractures into vignettes, broken dreams, cultural references, recollections, time shifts, and a touch of narrative magic:

Memory plays tricks, but that’s why I like it. A kind of magic. Like photographs, capturing things, holding them up to the light long enough for you to see the patterns. (197)

It soon becomes clear that this montage form not only provides the perfect platform for exploring the transition of culture and the interplay of memory and meaning over time, but that the collection as a whole makes a powerful statement about what it means to belong to groups: the concentric circles of connection that we all make, unmake, and remake:

Every family member is a competing family historian. I make no claims to be objective; I’m right in the thick of my family, knee deep, up to my neck, over my head in some places. And I’m a habitual fiction writer, a rewriter of history. I don’t even remember which bits are true any more, and which bits I’ve made up. (182)

Though the title might hint otherwise, The Age of Fibs is an exploration of truth, and the power of the stories we tell to create history and shape the world. It’s consistently compelling and thought-provoking, rich with humour, complexity, and a deep understanding of the frailties that make us who we are.

The book can be found at Spineless wonders here:
https://shortaustralianstories.com.au/product/the-age-of-fibs-new-selected

Or Amazon for the ebook: https://www.amazon.com/Age-Fibs-stories-microlit-selected-ebook/dp/B09YPXHJKV/