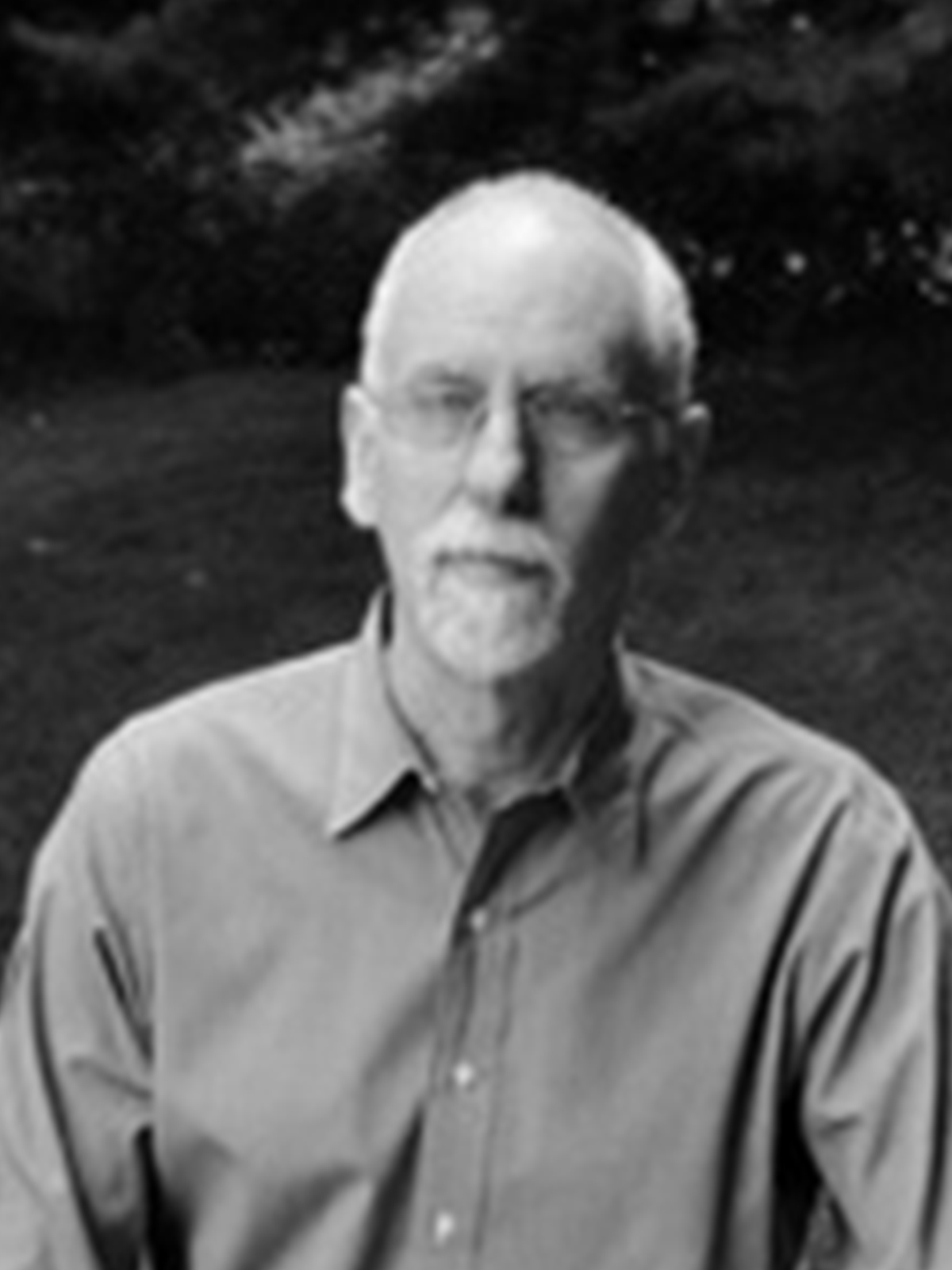 Joel Agee is a writer and translator. He has won numerous literary awards, among them the Berlin Prize of the American Academy in Berlin, the Helen and Kurt Wolff Translator’s Prize, and the ALTA National Translation Award, as well as fellowships from the Guggenheim Foundation and the National Endowment for the Arts. His essays have appeared in Harper’s, The New Yorker, The Yale Review, and other magazines, and he is the author of two highly praised memoirs: Twelve Years: An American Boyhood in East Germany and In the House of My Fear. He lives in Brooklyn, New York.  Joel Agee is the son of acclaimed writer James Agee.

How did you first become interested in writing and translation?

My stepfather was a writer. So was my biological father, whom I got to know only through his books. It was perhaps inevitable that I would want to distinguish myself, as they did, by writing.

That predilection soon crowded out most of the subjects I was taught in school. My disinterest in them was so great that my eyelids drooped at the mere sight of a page in a history textbook, physics, or trigonometry. You may wonder at the inclusion of history in this list: aren’t stories appealing to a budding writer, and doesn’t history involve stories? It does, but it didn’t in East Germany. There, history was a calculus of dialectical functions every bit as abstract and, to me, soporific as algebraic equations. So throughout my school years, it was only my prowess at writing and at reading literary works that saved me from ignominy as a dunce. I might have taken to music and art if they had been major subjects in school, but they weren’t.

The idea of translating didn’t occur to me until an East German publisher who was a friend of my stepfather’s invited me to translate a children’s book by the Indian writer Mulk Raj Anand into German. I was nineteen years old. Much later, shortly after my first book, TWELVE YEARS, was published in the US, I received a delightful letter from a Swiss author, J.F. Federspiel, who had loved the book and wanted to meet me on his next visit to New York. Actually the name he was known by in Europe was Jürg (pronounced “Yerg”) Federspiel. He chose to call himself J.F. in the English-speaking world after he heard Americans innocently refer to him as Jerk Federspiel. We became good friends and it seemed natural for me to translate his most recent — and wonderful — novel, THE BALLAD OF TYPHOID MARY.  The book became a critical success, and that led to my being invited to translate more books from German into English, beginning with Rainer Maria Rilke’s LETTERS ON CEZANNE. (For readers interested in this book, I recommend the third edition published by Farrar, Straus and Giroux in 2002.)

What was your inspiration for THE STONE WORLD?

The inspiration came from a photograph of me when I was five or six years old. It shows me lying on a stone terrace rolling a marble from one hand to the other. I had seen the picture many times before, but now suddenly I experienced with thrilling immediacy what it had felt like to lie there, half dreaming, half listening to the sound of the marble on the stone floor. I had played this listening game many times, over several years, usually on that particular spot on our stone terrace in Cuernavaca. Sometimes, instead of rolling a marble, I would press my ear against the floor and listen into the hollow resonance of the stone itself. A mass of stone is remarkably vocal if you listen – vocal not only with sounds transmitted through vibration but also with a mysterious stillness that is not exactly the absence of sound. Then, sometimes, out of that stillness, thoughts, feelings, and images may arise. Your listening is no longer just auditory. It’s as if you were listening with your whole body.

So there I was, hearkening back to the boy I had once been, with the picture in my hand as corroborating evidence. It struck me that just as the boy liked to listen through the medium of stone, I too was listening, or attempting to listen, to him through the medium of time. Was it listening or remembering, remembering or imagining? It was all three, but mostly it was imagination, because what fragments of memory could be recovered were disjointed and scattered.

That reverie gave rise to the opening lines of the novel. It was almost like taking dictation. I wrote, listening, and the words came out of that listening. But much of the book grew slowly. Again and again I needed to wait for the boy’s experience and my listening to meet without interpretation from my adult point of view. Precarious restraint! A child knows almost nothing of the past and the future. I remembered reading in John Hersey’s “Hiroshima” how surviving children returned to their customary games just days after their city was destroyed. What drama could be spun from a child’s perspective? And a happy child at that! But I had no choice in the matter. Often, for instance, when I used a word the boy could not understand (the word “resonance,” say), the boy’s feeling would balk and another word had to be found—not to make the story understandable to children (it wouldn’t be), but to keep my ear close to the source of its telling.

This new work of fiction is loosely based on your childhood. How did your memory prompt stories that were used in THE STONE WORLD?

The boy in my book is six years old. I have almost no memories from that time in my life. Only the basic framework of time and place and the schematic outlines of some of the major characters correspond roughly to biographical fact. Every detail of every scene in the book was imagined, not remembered. For example, I remember hearing about a sick bull that was killed by its owner by chasing it off a cliff. I don’t remember my feelings when I heard that story as a young child. But those feelings in my character’s experience, and various attending events, and the consequences of those events, had to be imagined. Ultimately, the bull and its fate became a major theme in the book. That theme in turn prompted the idea of the boy’s learning about the death of the great bullfighter Manolete. One thing led to another. So my largely forgotten childhood in Mexico was the nebulous matrix for the imagined life of the little boy I called Peter Vogelsang in my novel.

How do you come up with names for your fictional characters? Do any of your characters have names from real people in your life?

The boy at the center of THE STONE WORLD is named Peter, “Pira” to his Mexican friends. That pronunciation pleases him for making his name sound more Mexican even than Pedro. This is because he wants, almost desperately, to be Mexican, no longer different from the children he plays with, no longer a gringo. The source of that name and its double pronunciation is a memory of a story my mother told me about a dog my family owned when I was still very young. She had given him the name Peter, which Mexicans pronounced “Pira,” making it sound like a Spanish word.

Zita, the name of the live-in maid in the novel, was the name of a woman who worked in our household when we lived in Cuernavaca in the late 1940s.

Pira’s mother plays second violin in a string quartet with three exiled Hungarian musicians. I have no idea why I made them Hungarian, but once I had done so, I had to give them names. I found them through a Google search: Ferenc, Sándor, and Ístvan. My own mother did not play in a string quartet.

The names of Pira’s friends Chris and Arón are the names of friends I had when I was a child. I have almost no memory of them, though I know what they looked like from photographs. “Mr. Riley” just felt like the right name for the fictional Chris’s father as his general appearance and manner of speaking took shape in the story.

I like Pira’s and his stepfather’s surname, Vogelsang, for its lyrical expressiveness. It means birdsong.

Did you write this during the COVID quarantine? If not, did you feel inspired to write during this time?

I wrote THE STONE WORLD before the pandemic. The quarantine did not outwardly change my life very substantially. Nor was I inwardly plagued by anxiety about the virus. But something odd has happened to my writing over the last two and a half years. It never occurred to me that this shift had anything to do with the quarantine, but maybe there is a connection. In January 2020 I started writing in minuscule longhand in a seventy-page unlined notebook without any idea of what I wanted to say. From the start, this not-knowing became a process of finding out, not just from sentence to sentence but from phrase to phrase, even from word to word, what it was that wanted to be said: a self-questioning, self-interrupting text in search of its own purpose and meaning. It was also a search for a form. I didn’t want it to be merely a journal. The thing had to cohere. Strangely, and satisfyingly, it did. The final sentence at the bottom of page 70 marked not just an end but a conclusion.

The text generated prose and poetry, essayistic excursions, confessional dives, rants, and quotations. It wasn’t the kind of swift, half-conscious scribbling the Surrealists called “automatic writing.” Instead, I was watching letters, words, punctuation marks and phrases evolve in full consciousness, so the process was slow. Off and on, I wondered: Would anyone want to read this? Is it too private, too strange? I am now well into the third notebook. I have shared transcripts of the first two with a couple of friends, and surprisingly, they found them moving and looked forward to their continuation.

What does the writing process look like when you’re writing from the POV of a young boy?

As I indicated in my answer to your first question, the writing was tentative. It was as if the boy was my inner auditor, an astute critic of the voice that purported to speak for him. That boy is of course an aspect of my own consciousness. We all outgrow our childhood, but we don’t leave it behind.

What is your favorite scene from the novel? Why?

I can’t say I have one favorite scene. But I have a special fondness for a scene near the end of the book where Pira, Federico, Chris and Arón take a ride on a Ferris wheel that gives them an aerial view of the little town where they live. The scene serves as a kind of valedictory to the friendship between the three boys and also between Pira and Federico, and to the novel itself. I once gave a reading of this scene to a small audience at M.I.T.  At the end of the reading, as the audience and I were getting ready to leave, a woman who had been sitting separately at the far end of the room spoke up: “I just want to say how much I enjoyed listening to this story. I am Mexican. Everything you described, all the details, the sounds, the colors, the way people behaved, what they said, reminded me of my childhood in Mexico.” I have never received a more gratifying response from a reader.

← A review of This Dark Country: Women Artists, Still Life and Intimacy in Early C20 by Rebecca Birrell
New giveaway! →