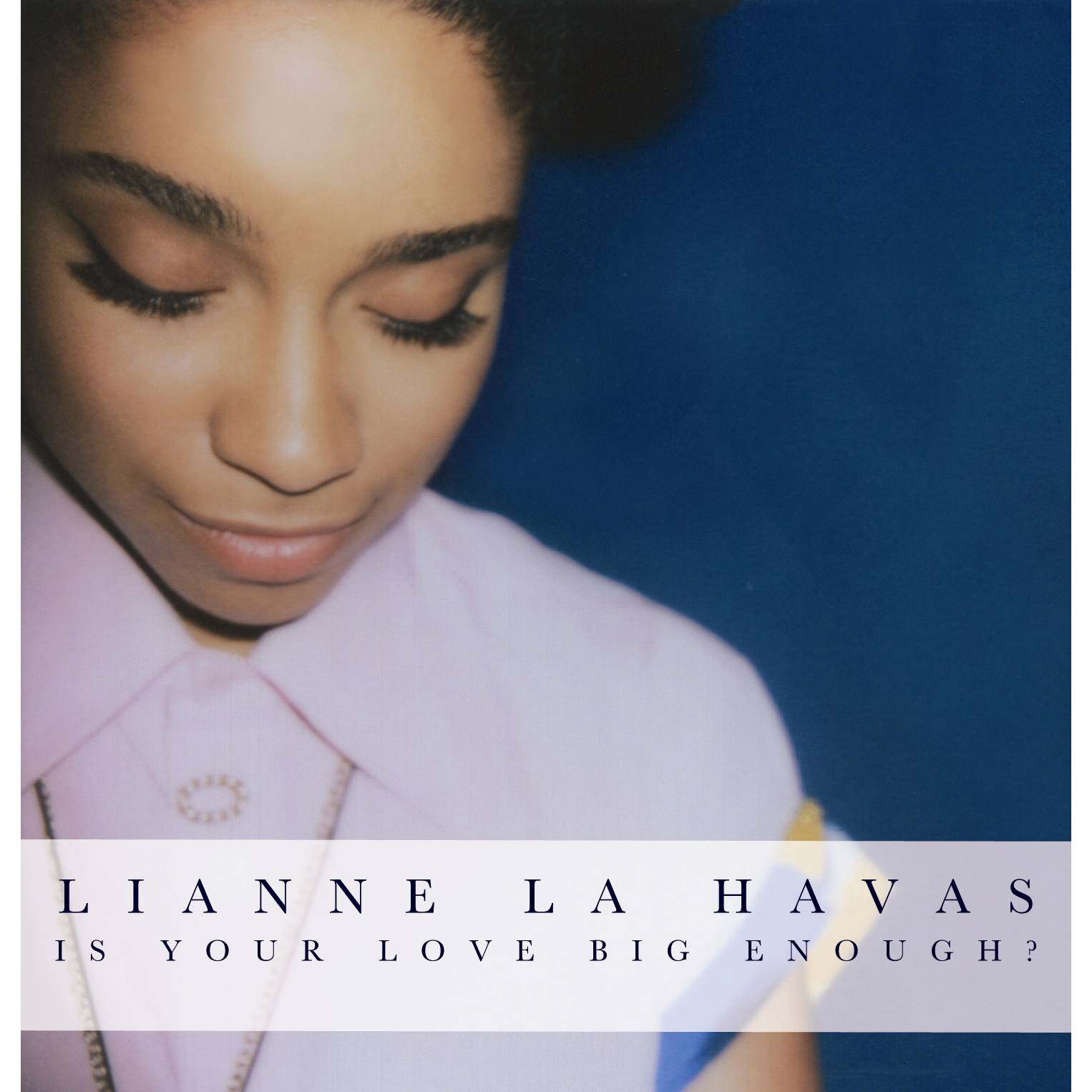 Lianne La Havas’s sensibility and song collection Is Your Love Big Enough? are refreshing in their honesty, intelligence, and sweetness, in their refinement, and one can think too much that these are rare qualities when they are the continuation of a great tradition, one that singer and lyricist Sade Adu shares. Sade has been singular for her beauty and grace but in letting her work speak for her she has shown classical taste; and her band members—guitarist and saxophonist Stuart Matthewman, keyboardist Andrew Hale, and bassist Paul Denman—have been creative, forceful, and loyal companions. On Sade’s Soldier of Love, the melancholy romanticism of the downbeat ballad “The Moon and the Sky” offers nature imagery and poetic longing. In the stark composition “Soldier of Love” Sade as the narrator declares, “I’ve lost the use of my heart, but I’m still alive,” as devastating an opening line as one can imagine—dark, resigned—for a song with a taut, really martial beat, that presents love as a war zone, but which has a rousing chorus. It does not sound like anything else; poetic and tough, it might be experimental music. The quiet of “Morning Bird” features piano and cello, and is an artful song of contemplation and connection. Young love is the subject of the lilting song “Babyfather.” Sade conveys a perspective that is observant, sympathetic, seeing the struggle and survival and beauty of a younger generation. Something of a Caribbean feel is in the music. A male speaking voice sounds West Indian too. “Your daddy love come with a lifetime guarantee,” is the refrain that sounds sung by a children’s chorus.

Sade’s first-person “Long Hard Road” is slow, quiet, intimate—sadly self-assured: “Here I could stay, but I’ll keep moving on.” The musical piece that follows, “Be That Easy” has a similar tempo but a different rhythm and tone—it could be country music, which is not what one expects from the cosmopolitan Sade. “This small step I need to take is a mountain, stretched out like a lazy dog,” Sade sings in “Bring Me Home.” There is a pulsating rhythm in “Bring Me Home,” and the composition has a lot of space in it, with the music closer to traditional classical music than to any contemporary or popular music. It is something that can seem simple, but the song starts in, and explores, a place, on a level, that is not common or obvious.

Sade’s smoky voice is soft and melodious as she consoles someone, a girl isolated within a group, in the waltzing “In Another Time,” with piano, cello, other strings and a beat; and in the song Sade asserts that time and place will make a difference. Reminiscent of a jazz-inflected quiet storm tune, “Skin” is still identifiably Sade music. In fact, throughout the collection the rhythms are probably not varied enough, though that may be—partly—a matter of age, when thought for an artist or person becomes more important than new sensation: and meaning matters more than entertainment. In “The Safest Place,” the scenario is one to one, a song of trust, a tranquil close for the album.

Lianne La Havas, with her song collection Is Your Love Big Enough?, presents a sensibility that is feminine, thoughtful, jazzily soulful, independent and individual. La Havas, a singer and a guitarist, with the participation of multi-instrumentalist Matt Hales, creates a bohemian atmosphere in which the personally sincere and the cosmopolitan are both at home. The streets and pleasures to be found in a city correspond to the self’s hopes in the composition “Is Your Love Big Enough?,” a song—following the more restrained introductory “Don’t Wake Me Up”—in which a wandering La Havas says “I found myself in a second-hand guitar” and notes she is “Underground, with the friends I found.” Its chorus is raucous. Discovery is part of youth, part of being an artist, and part of being open to life.

Lianne La Havas’s poignant, truthful “Lost & Found” is surprising for the candor of its self-disclosure: she as the narrator admits the kind of self-abasement many very young people experience in friendship and love, when humility and sacrifice seems easy payment for intimacy: “I am so ashamed you are the one who made me feel the way I do” and “You broke me and taught me to truly hate myself.” She has been encouraged toward self-betrayal; but late self-awareness is better than none. Life is different from many of the sweet stories we tell ourselves in film, literature, and music, and yet we yearn for beauty, drama, meaning, order, and romance; and a playful rhythm accompanies that acknowledgement in the somewhat rosy and theatrical “Au Cinema,” with its mention of a girl on the Brooklyn Bridge and line about its being “time to find out where the story goes.” Whimsical, speculative, jazzy, the jaunty sound and playful lyrics and tone evoke personal freedom, practical and spiritual.

“You caught me, guilty, taking the pieces of you,” Lianne La Havas sings in the dreamy, guitar-strumming duet “No Room for Doubt,” featuring singer Willy Mason. “We all make mistakes, we do. I learn from you,” she surmises in what might be an ambiguous assertion. “Forget,” a song about disenchantment, has a dense, fast rhythm. Romantic attraction to both a younger and older man is the topic in “Age,’ a swinging, swanky piece in which the older man is obedient, and has taken her heart, not her dignity. La Havas mentions being in Rome, and of having slurred her words in conversation, which the man pretends not to notice. La Havas is charmed in the mellow, uptempo rhythm of the pleasing “Elusive” and she consequently sounds charming. Soulfully melodious is “Elusive,” and “Everything Everything” has a hushed, shimmering quality. In “Gone,” about the lashing about after a relationship’s demise, is strong emotional expression supported by piano; and there is casual cursing in “Tease Me,” the song that comes before the album’s end, that being a song in which others doubt the narrator’s relationship, “They Could be Wrong,” with the latter’s insistent repetition of words—asking to be heard—dramatic and akin to ritual, the almost endless ritual of love.

← A Conversation with Danielle Trussoni
An interview with Ceri Radford →