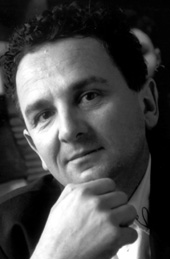 “The unprecedented, marvellous thing.” You started the book with the ice, rather than the characters didn’t you?”

Yes, I had no idea when I began that I would be writing about Malcolm McEacharn. The book began following an intensely vivid dream I had of an iceberg being towed through Sydney Harbour. I couldn’t shake it, so I began researching. I knew that the book would begin with the iceberg, and I knew that there would be a man buried in the ice. I only came across Malcolm while I was researching the iceberg, as much of what I found related to the 19th century. I found that ice deliveries into Sydney in the 19th century weren’t uncommon. Ice was brought in from Boston and it was quite an exciting thing when it arrived.

Both Malcolm McEacharn, and Andrew McIllwraith were real people. Did you begin with their bios and then flesh them out?

Malcolm was a fascinating businessman. It was while I was researching the ice that I came across his name, and the more I read about him the more I found. There was so much that he actually did – he did actually organize the first refrigerated trip from Australia to London. He did go to Japan, and he did transport refrigerated meat. I often get asked which facts were true and which made up and people are often surprised at how many facts actually happened. Much of Malcolm’s fictional character comes from the research I did, and many of the facts of my character came from facts about Malcolm. But I had never been particularly fond of the historical fiction form. Living in the 21st Century as we do, we can never really know a character from a different time. That’s where Rowan came in. Rowan is a contemporary character who tries to hold onto his wife, who’s in a coma, by taking over her research. His hope is that she’ll wake up to correct him. So the novel isn’t really historical fiction, because it’s effectively set in contemporary Australia; a contemporary narrator and contemporary Sydney. As Rowan recognizes himself in Malcolm’s story, he begins to take an interest in the story that goes beyond just wanting to connect with h is wife. Of course it isn’t entirely Rowan’s work either. There’s the work he’s picked up from his wife, and the interweaving of his own story, which he recognizes in Malcolm’s.

You’ve done a lot of research, both for fiction and nonfiction. Despite the difficulty in fully getting under the skin of someone from another period, do you find that the more you research history the more you understand the things that are happening today?

Yes, of course. Nothing happens out of a vacuum. In Australia, our historical view is coloured by a Labor Party perspective. The hard working businessman wasn’t writing our histories, so it’s fascinating for me to take the perspective of this business man. The interesting thing about our history, our whole way we view history, is essentially in Australia we have a very Labor Party orientated view of history. They’ve been described as a social democrat party, but people forget that it was the Labor party that first campaigned for a white Australia – they were terribly racist in the 19th Century when Malcolm McEacharn was in politics. Although he was on the right side of politics, and very wealthy, he was self-made, and therefore believed strongly that anyone, from any background could also be self-made like him. He believed, long before it was popular to do so, that Asia was the future, and was strongly linked to Japan, where he created a modernized Tokyo tramway, and was even consul general for Japan in Melbourne. He set up cargo trade between Western Australian and Java, Singapore and India. He might have been prime minister, and had the refrigeration and shipping of meat had a huge impact on the Australian economy as a whole. So learning about him provided a tremendous insight into our past and indeed into how we perceive ourselves today.

Were there issues with historical accuracy and the impact of your work on real family members that you had to be conscious of?

Yes, Malcolm had a life that wasn’t exactly the same as the Malcolm I created, so I showed the manuscript to the family. Also, being conscious that I might have moved away from the “real” Malcolm in the novel, I decided to write an historical piece about him, titled “Marvellous Malcolm”, which appeared in The Age this weekend. It took some effort to remind myself of what I had invented and what was historically factual. The family were actually positive about the manuscript, although they were a little unhappy with the sex scenes. Perhaps they wanted to forget that their grandfather had sex.

And yet, interestingly, you’ve said that you’re parodying historical fiction. This is quite similar to the disclaimer that Richard Flanagan puts at the end of Wanting. In the end, there’s an inherent truth in human need that cuts across facts and history, isn’t there?

Yes. Love, of course is a constant. We’re all motivated by it, and my characters were motivated by it. Ice is much more a love story than it is anything else. I made up much of the macabre, funny stuff in the basement, but there was clear evidence that Malcolm was motivated by and never forgot his first wife Anne Peirson. He named his mansion in Melbourne Goathland, after his former wife’s home in Yorkshire, and he named his first child, who died after a brief time, Anne. And of course Rowan too, is motivated by love, so his story bisects with Malcolm’s.

But there’s a flipside to Malcolm and Rowan’s love and that’s madness.

Yes, that’s right. I’m a big one for madness. Perhaps there’s a madness lurking behind every great emotion; love being the ultimate emotion. Of course where there’s sorrow and loss as well, as is the case in Ice, the madness becomes more prevalent. I also wanted humour, and madness and humour have a natural affinity. I enjoyed writing some of the more blackly humorous scenes in the book. Malcolm doesn’t confide in anyone other than his assistant Simon Ford, who has his own issues, so it comes as a shock when Andrew McIllwraith, his business partner and best friend, discovers such physical evidence of Malcolm’s madness. I think we [Australian authors] have a tendency to this kind of subtle, black, macabre humour: gallows humour. I think that might come from our Irish heritage. We deal with pain by laughing through it.

The story doesn’t really end. Was there a temptation to give it a more solid ending?

Not at all. I knew the ending before I began writing the novel. I knew that Rowan wouldn’t be able to end it. That’s part of the torture of loving someone in a coma – that there is no resolution. You remain suspended, unable to move forward. That was clear in my mind from the start, and it was helpful to have that destination in mind while I was writing.

You’re something of a jack of all trades – libretto, screenplays, documentary, theatre, novels. Do you find these different forms compete for your time, or complement one another?

It’s very pleasurable for me to be able to move from one form to another. A novel is so engrossing, and I’m the kind of author that needs variety. So being a jack-of-all-trades suits me. I’ve just returned, yesterday, so I’m still very much caught up in the research I’ve been doing, from the Torres Strait, where I’ve been preparing for a documentary. The Torres Strait Islands are a group of small islands in the waterway separating Cape York and New Guinea. There’s a kind of wild frontier quality to the place, and I’m working on a ten part series set there and in far north Queensland for the ABC. It’s a very different sort of project to working on a novel like Ice.

Your books have, to date, been focused on Australian issues and landscapes. Have you had any difficulty promoting them in a global arena?

I think that working in a global arena is inevitable. The Internet has seen to that, and I think that horizons and perspectives will continue to broaden so that promotion across global boundaries will just be a natural part of the promotional process. No, I’ve had no difficulties in globally promoting my work. An Australian setting is still interesting to a global audience. And many of my works have traversed a wide terrain. Ice moves though England, Australia, Japan, Antarctica, so I feel that I tend to work in a kind of global arena anyway.

You’ve covered such broad ground in your work to date. Are there subjects that you’re burning to work on; or projects hovering around in the recesses of your mind?

There are always projects hovering around in the recesses of my mind! At the moment, I’m fairly well immersed in the Torres Strait Island project, and so am happy to just push forward with that and continue my work. I’m lucky in that so many diverse projects come my way.

About the interviewer: Magdalena Ball runs The Compulsive Reader. She is the author of Sleep Before Evening, The Art of Assessment, Quark Soup, and, in collaboration with Carolyn Howard-Johnson, Cherished Pulse and She Wore Emerald Then. She runs a monthly radio program podcast www.blogtalkradio.com/compulsivereader.