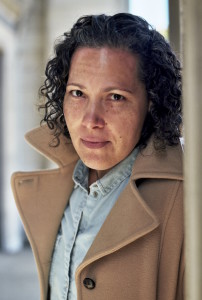 Rachel M. Harper is the author of three novels: The Other Mother, a TIME Best Book of the Month (May 2022) and Book Riot Best Book of 2022, This Side of Providence, shortlisted for the Ernest J. Gaines Award for Literary Excellence; and Brass Ankle Blues, a Borders’ Original Voices Award finalist and Target Breakout Book.

Her work has been nominated for a Pushcart Prize and has appeared in numerous anthologies including Women Talk Money, Black Cool, Literary Pasadena, and Mending the World: Stories of Family by Contemporary Black Writers, as well as the journals Carolina Quarterly, Chicago Review, African American Review, and Prairie Schooner.

After reading and reviewing The Other Mother, I was given the fortunate opportunity to connect with Rachel through her agent, Anjali Singh (Pandeliterary). Due to busy schedules, we decided email was the best way to have a conversation about the novel, what inspired its story, and how it connects to her personal grief and challenges.

Julz Savard: The Other Mother is an exceptional novel that shatters the heteronormative, nuclear family and even deconstructs the meaning of motherhood. Was it a personal journey or observation that sparked the writing of this novel? What inspired you to tell this story?

Rachel M. Harper: I would have to say it was a personal journal; though it’s fiction, the story was partially inspired by my younger years—failed romantic relationships, being raised by a larger-than-life father, and my own complicated journey through motherhood.

JS: What’s unique about The Other Mother is its structure. It’s told from multiple perspectives and is divided into seven books, each of them sharing a different character’s POV. What made you decide on delivering the story this way?

RMH: The story and characters came first, before I figured out the structure. I spent a lot of time developing the central conflict between Juliet and Marisa, which led me to discover different, earlier conflicts within each of their families—so next thing I knew I had this big cast of characters to deal with, each with their own opinion, and each holding a piece of the puzzle as to how Jenry came to be. I knew I needed them all, to tell the best version of the story, or at least the one that held the most truths. I had used multiple narrators in my second novel, This Side of Providence, so I was comfortable shifting perspectives, but this one also has jumps in time, so I decided on separate “books.” I started with three, then five, then seven—my lucky number. The fun part was figuring out how the stories overlapped, and when to reveal each secret. I didn’t even know them all when I started writing, but I kept looking for more conflict and leaning into that.

JS: As a follow-up, the reader gets an entire book told by Jasper (whom we learn *died when Jenry was two and never intended to raise him). Why did you feel his story/point-of-view was important to tell?

RMH: Jasper is important for so many reasons, though I understand why that might not be obvious at first. To me, he holds one of the secrets to Juliet, because he was a witness to their childhood, so he gives us a different view of her and their early family life that we wouldn’t get otherwise. Juliet is close to him, and she trusts him in a way she doesn’t trust others, so she’s more open and vulnerable with him; I thought readers would like to see that side of her. Plus, he reveals one of the big secrets—which I don’t want to reveal here—but that makes his voice a very meaningful one, in terms of how the novel challenges our notion of family and what it means to be related.

JS: Juliet’s characterization is perfect in all its imperfections; out of every character’s perspective, hers drives the narrative most effectively (knowing that, of course, she is “the other mother”). What research or elements drawn from your personal life were involved in forming her character?

RMH: Oh boy, this feels like confession time! Juliet is very close to my heart, and I relate to her on so many levels—some imagined and some pulled from my own life and my own experience of loss. Like Juliet, I lost a relationship with a child I was raising, and it was hard to delve into those feelings again. It was painful to remember how devastated I felt. But it was also necessary. Not just for the novel, but for my own growth—as a person and a writer.

JS: As a follow-up, we learn that Jenry and Juliet are both extremely talented musicians: a connection that goes beyond or maybe even deeper than blood. Music is a big part of this novel, it shows in your lyrical descriptions, the musical metaphors—all so beautiful. I’m assuming you must be a jazz aficionado. Are you musically inclined? Why use music as a device to express/unravel the interiority and conflicts of these characters?

RMH: I studied several instruments (piano, violin, cello) growing up, but I wasn’t gifted like Juliet; it was something I had to work at. But I love music—of all types really, but jazz really has my heart. My father was a poet, and one could say that jazz was his muse, at least in his early books; we grew up with jazz records playing all the time: Coltrane, Miles, Bird, Dizzy, Bud Powell, McCoy Tyner. They weren’t just names, they were gods in our house. Writing about music just feels natural, and it’s a great way to have characters express themselves without using language. Sometimes it’s easier than talking. I like your phrase “unravel the interiority” which is exactly what I’m trying to do; it’s like these characters are made of yarn and their histories are woven into the thread. When we meet them, they’re these big, knotted balls of experience and the process of writing the novel is trying to unravel that. Then I get to stitch it back together into something recognizable, an actual garment that the reader gets to try on and wear. That’s the goal at least!

JS: Grief underlines the narrative collectively.  It is potent in each book. Was your writing this novel a way in which to unpack your own grief or reflect on your life and the griefs that have come?

RMH: Absolutely. As I alluded to above, writing this novel forced me to grow, and that meant facing my grief and trying to move through it, so I could release it and get to the other side. I thought I had accepted some of those earlier losses, but I hadn’t really metabolized them fully. It might sound cliché but helping my characters work through their grief helped me work through my own.

JS: I want to assume that you are a mother. I know that you identify, too, as a person of color and queer. I can’t say enough how this novel encapsulates both the struggles and pride of each of these identities, but also, as all of them wholly in one character/s. Would you say that The Other Mother is your story, too?

RMH: Definitely. I wouldn’t have tried to write The Other Mother if it weren’t my story, to some degree, but I think it’s a story that can resonate with a lot of people. Not just queer moms or people of color, but anyone who has felt “othered,” and has tried to navigate their place within a complicated family; anyone who has struggled to define their role or identity in a community that doesn’t recognize their value.

JS: I ask this to every author, but I’d like to honestly know: are you proud of your work? Do you think it accomplished what you wanted it to accomplish? What’s next for you?

RMH: Yes, I am proud of my work—and that’s what it felt like most days—work—so I appreciate your phrasing. It took me a long time and a lot of energy to get it right, and mostly I’m proud that I never gave up.

I wanted this book to find all types of readers, and for them to see these characters as fully realized human beings, to empathize with their struggles and value their voices, despite their mistakes and shortcomings. Based on the responses so far, that seems to have happened, so I’m thrilled. A passionate reader is my favorite type of person, and I’m grateful so many of them have found this novel.

Right now, I’m in the beginning phase of a new book, so I’m doing a lot of research. I’m not sure what it will be yet, but it might be a love story, and perhaps my first period piece—a much-needed excuse to take a break from the present.

About the interviewer: Julz Savard is a Filipino-American writer from Los Angeles. She has a BFA in Creative Writing from Ateneo de Manila University and an MFA in Creative Writing from Antioch University Los Angeles. She works for a nonprofit as a Communications Manager while completing her first Young Adult novel. She has been published in Lunch Ticket, Chalk Magazine, and Meg Magazine.

← A review of The Other Mother by Rachel M. Harper
How Light Comes Up Off the Lake: a review of Old Snow, White Sun by Caroline Goodwin →