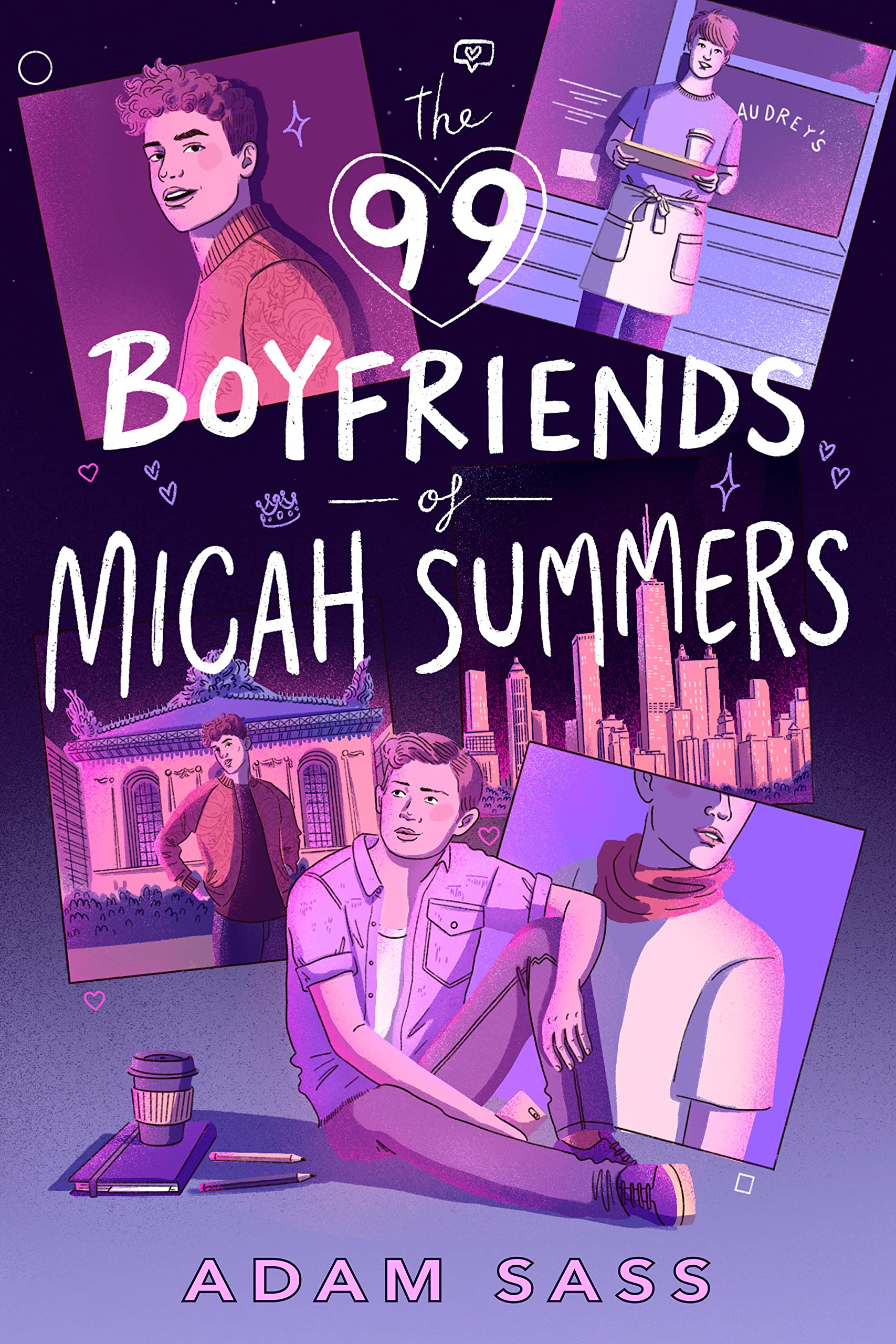 My two favorite genres, mysteries and romances, are my favorites for several reasons. First, they share formulaic structures. Crime / meet cute occurs, protagonist pursues leads, an obstacle is placed in their path, resolution seems sure until another obstacle appears (repeat as many times as necessary), and finally, that obstacle is overcome and the crime is solved / someone gets their happily ever after. Each genre is also rich with tropes including the jump scare, the red herring, the secondary love interest / wildcard suspect introduced somewhere along the way to prove to the reader that the first love interest really isn’t all that great or that they aren’t as smart as they thought. There are clear building blocks to either incorporate or, better yet, subvert.

Following the success of his debut thriller, Surrender Your Sons, you might think that Adam Sass would lean into what he knows: an incisive and biting mystery that isn’t afraid to also make you laugh. The 99 Boyfriends of Micah Summers is not exactly a story begging you to unravel it (the happily ever after is apparent early on) but it does make one thing clear – Adam Sass is just as capable a builder of romance as he is of mystery. And Micah Summers’ story benefits from Sass’s adept management of both genres.

We open on Micah Summers, the crown prince of Chicago (his dad is a retired sports legend and local newscaster), nauseous with excitement after finding Boy 100. Or so we think. All summer, Micah, a talented artist, has been sketching his loves (99, to be exact). Boys he sees jogging in the park, cuties at the library, really whoever draws his attention. But it’s not your run of the mill Humans of New York-style portraiture. The twist? He’s reimagining them as high fantasy characters, witches and werewolves and mermen and pirates and he has quite the Instagram following as a result. His ‘Instaloves’ characters (brought to life by incredibly talented artist Anne Pomel) are a hit and the only person hornier for a new post than Micah’s thousands of followers is Micah himself.

Summers is the sort of hopeless romantic only a teenage virgin can be. He has never had a boyfriend, much less asked a boy out on a date, and this is the summer that all changes. As we learn later in the book, once Micah starts his journal of ‘firsts’ (first date, first kiss, first heartbreak, etc.), he quickly begins filling it. And that all starts with your classic rom com meet cute on the train. But what’s that? The meet cute is shot in the face by a closing door and nothing but a comically specific embroidered jacket left behind as a clue to Boy 100’s identity?

Obviously, a treasure hunt of sorts ensues. Aided by his best friend Hannah (a star), her other gay best friend Elliot (who is lovable but who Micah is initially jealous of anyway), Micah’s sister Maggie and her girlfriend Manda, both of Micah’s parents, and the entire city of Chicago (including a handful of delightfully characterized and recognizable if fictional locals), Micah embarks on his quest – a literal quest, given the Fairy Tale vibes central to the book – to find Boy 100. Squires in tow, he’s both dashing knight and Prince Charming.

Spoiler alert: they find him. And he’s every inch the dreamboat Micah hoped he would be. Tall, dark, handsome, and artistic, Boy 100 – Grant – isn’t just a plastic pot of gold at the end of the rainbow. He’s the real deal. And he likes Micah right back. The pair go on a few normal, and a few high production value, dates and everything seems to be going swimmingly. They share mutual interests (Grant is in a high school artists’ program at the Art Institute of Chicago, Micah’s dream school), seem genuinely excited about collaborating with each other on their respective projects (an artist’s showcase and a mural), and are adding regular entries to Micah’s list of firsts.

But, true to genre, this honeymoon can’t last forever and #WishGranted (their Fairy Tale-inspired couple’s hashtag), inevitably encounters some stormy weather. Sass does an excellent job of weaving tension throughout the story, casting doubt on Micah’s bestie Hannah and her new romance (is she hiding something?), Grant (what does he really want out of this relationship?), and Micah’s own capacity as a friend (has he become the worst on account of his new relationship?) and it’s clear that everyone’s favorite ship is going to eventually run into some rocks.

In contrast to the use of gay trauma as plot point (used successfully in Love, Simon and The Sky Blues, for instance), Sass instead opts for the classic ‘wait is this more of a love triangle’ and the perhaps too real social media makes everything worse device to drive a wedge between the characters. Boyfriends get mad! Friendships are questioned! Feelings are hurt. There’s teenage trauma. But it’s refreshing to see queer media in which that trauma is not explicitly centered on queer identity regardless of whether it drives the plot or not. Micah Summers is gay, but that’s not why he’s crying on the L.

Micah does, of course, get his happily ever after and the reader is rewarded with a handful of tear jerking payoffs that were painstakingly setup by Sass. Like clues that build towards the unraveling of a mystery, he left me breadcrumbs that led me right back to the love I wanted for Micah early into the book. And I gobbled them right up.

Summer may have come to a close, but The 99 Boyfriends of Micah Summers is a book you can hear (hello, Chicago radio), taste (you’ll want a dog, dragged straight through the garden, every couple of chapters), and see (paging John Hughes to direct the film adaptation I hope is in the works). And it’s the perfect romance to Fall in love with.

About the reviewer: Nick Havey is a Senior Manager at First Book, a nonprofit social enterprise focused on improving educational equity, a thriller and mystery writer, and a lover of all, but particularly queer, fiction. Nick’s other reviews of fiction are featured in Lambda Literary, forthcoming in the Washington Independent Review of Books, and his reviews of academic work appear in a number of peer-reviewed journals.

← Love of Language: an Affirmation: A Review of Tina Cane’s Year of the Murder Hornet
A review of Lady Director by Joyce Chopra →