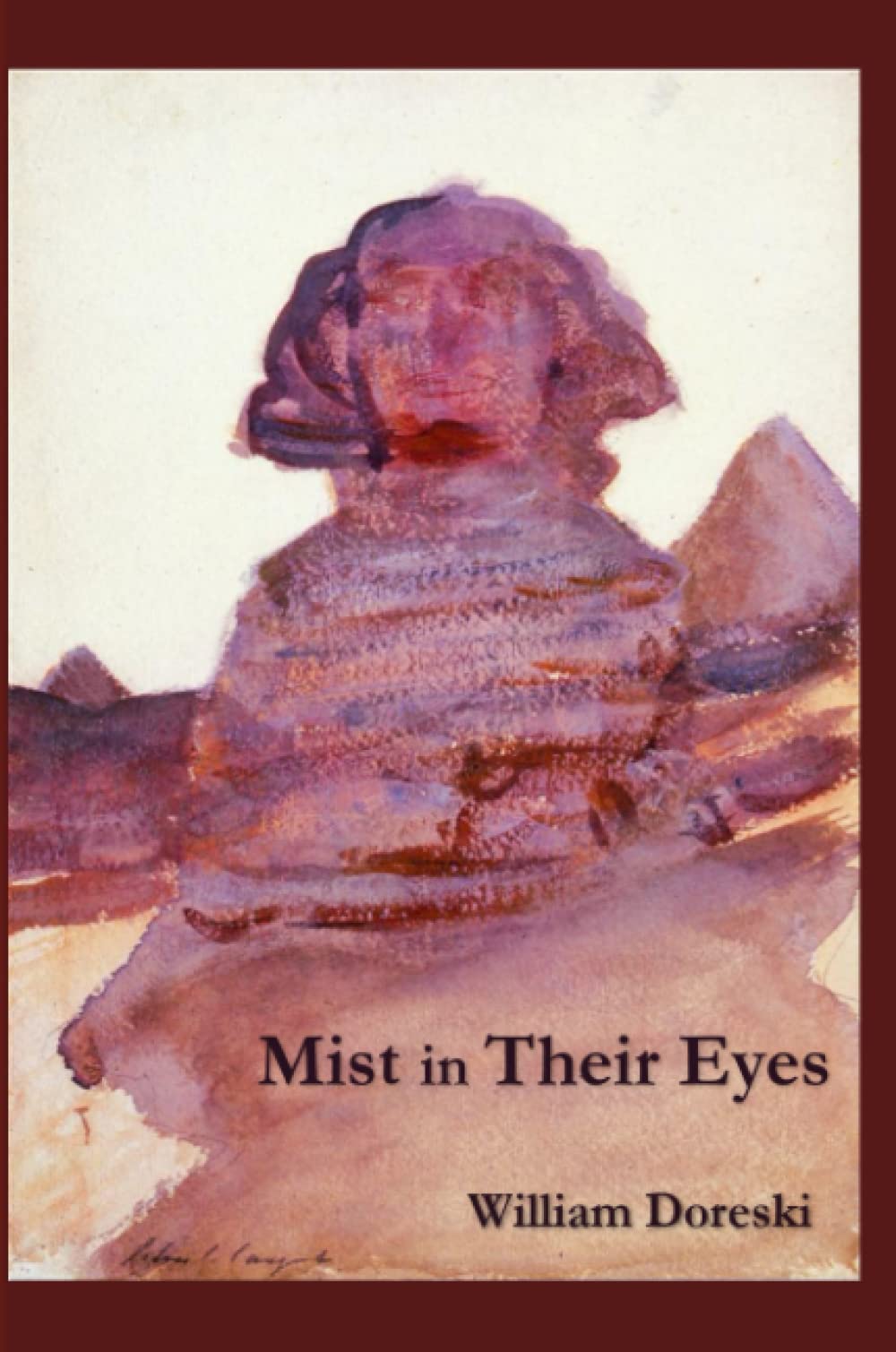 No accounting for individual taste. That said “Absolute Pine” is the last, and most memorable poem in this collection. In six sections, it is the second longest (if one considers the sequence The Suburbs of Atlantis as one poem.) Years past, at the University of Minnesota, Phillip Furia taught a course in Hart Crane and Wallace Stevens. The Suburbs of Atlantis is Hart Crane, and “Absolute Pine,” in its sensibilities and concerns, the Stevens of “Sunday Morning.”  While the I in “Absolute Pine” is subdued, and in The Suburbs of Atlantis absent, in others the person in the poems, the I, is self-effacing and humorous, sensuous and passionate, and celebratory and inquisitive. Consciousness and dream, the near and the far, the tangible and intangible his concerns, the person in these poems is a wanderer, a companion, and a reader.

He is a wanderer in the forest, looking for mushrooms, and in the village looking at art on sale, in an unfamiliar downtown in search of a coffee shop and a bookstore, in a cafe, online, searching the web, and in an abandoned power station “closed thirty years ago.”

The big room admits a dazzle
of filthy sunlight. I admire
myself for breaking in, and breathe
the decayed industrial air
A complex of horizontal
conduits weaves among the machines,
creating dusky crawl space
I don’t admire myself enough
to enter.

“Admire” is self-effacing to the point of irony. These lines from “Brooklyn Defunct” are far more about place than person. The person evokes a place ravaged and abandoned, “dynamos rough with corruption” and “puddles of shattered glass.” A wanderer at home and close to home, this person also wanders afar, as far as the Arctic in “Gone North,” where he canoes and “the fragrance of the neon chop/ distracts.”  And he concludes, “my wake/ rippling through the thickest water/ like a shark-fin through a dream.”

In many poems he is with another person, a companion to a neighbor, to a lover, to a friend or acquaintances, such as the receptionist at the salon where “Ashley stoops to shampoo me” in Climate Change.” In “Still Life with Morels” the speaker says to his companion, whose “red hair flocks you like a wig”:

In the shop windows
your reflection suggests a zombie
escaped from a comic book.

The poem renders the speaker’s experience of being with this other person. Similarly, “Conceptual Art for Everyone” is about being with a neighbor.

We dump the rusty parts with glib
robotic glee. The animals
we spawned along the weedy path
rustle as we return for more trash
to heap into sculptural profiles.

Lastly, the person is these poems is a reader.  While he alludes to nineteenth century Russian authors, and to philosophers Hegel and Wittgenstein in the hilariously funny “Your Head Has Detached,”  he is predominant in the role of reader in The Suburbs of Atlantis: Hart Crane and Walker Evans, a poem about the lines of Crane, the poet and the images of Evans, the photographer, in which the Brooklyn Bridge looms large.  The poem, consisting of twenty-three sequences, most in verse and four, in letter form, in prose, is masterful. The poet as reader. In The Anatomy of Influence, the critic Harold Bloom has a chapter titled “Hand of Fire: Hart Crane’s Magnificence,” a prose counterpart to Doreski’s poem.  The thingness of the bridge, its cables and arches, comes alive in this poem, its utilitarian function and its symbolism. The person in Suburbs of Atlantis is absent, subordinated to the personages of Crane, Evans, Whitman, and to the persona in six sequences who in tone sounds like the author of The Bridge. In part IV:

Fresh chemistry bleeds through us,
inciting those white seizures
more joyous than an afterlife.
We can’t resolve
the cringing of our actual bodies,
but don’t need to. The unfolding
of avenues, rifts of skyscrapers,
wink of storefronts becalm us.

In their fevered pitch these lines, from one of six sequences, are not Crane parodies but rather homages, well worth more than one read.

As is “Absolute Pine.”  No imitation of Stevens, but Stevens-like in its concerns. It begins:

Pines revolve inside themselves,
conspire with the turning world,
revolve without moving.

For its imagery, lyricism and thought “Absolute Pine,” a very human poem really, is a fitting conclusion to this collection that is serious and funny, fraught with gloom and light, and good lines in memorable poems about people, places and things. A collection of poems in the distinct voice of a poet at the height of his skills.  Read Suburbs of Atlantis, and you may soon find yourself reading, or rereading Crane’s The Bridge.  Doreski is a poet mindful of tradition, of who has come before him, of what will come after.  Read “Absolute Pine” and caught in its sensuality, its corporality and spirituality, it will reward you as a reader and perhaps enrichen your life.

About the reviewer: Peter Mladinic’s poems have recently appeared in Divot, Mad Swirl, Bluepepper, Off Course and other literary journals. An animal rights advocate, he lives in Hobbs, New Mexico, USA.

← Figurative in Forms: A review of The Fickle Pendulum by Paul Scully
Stronger Than Fear: Poems of Empowerment, Compassion, and Social Justice edited by Carol Alexander and Stephen Massimilla →