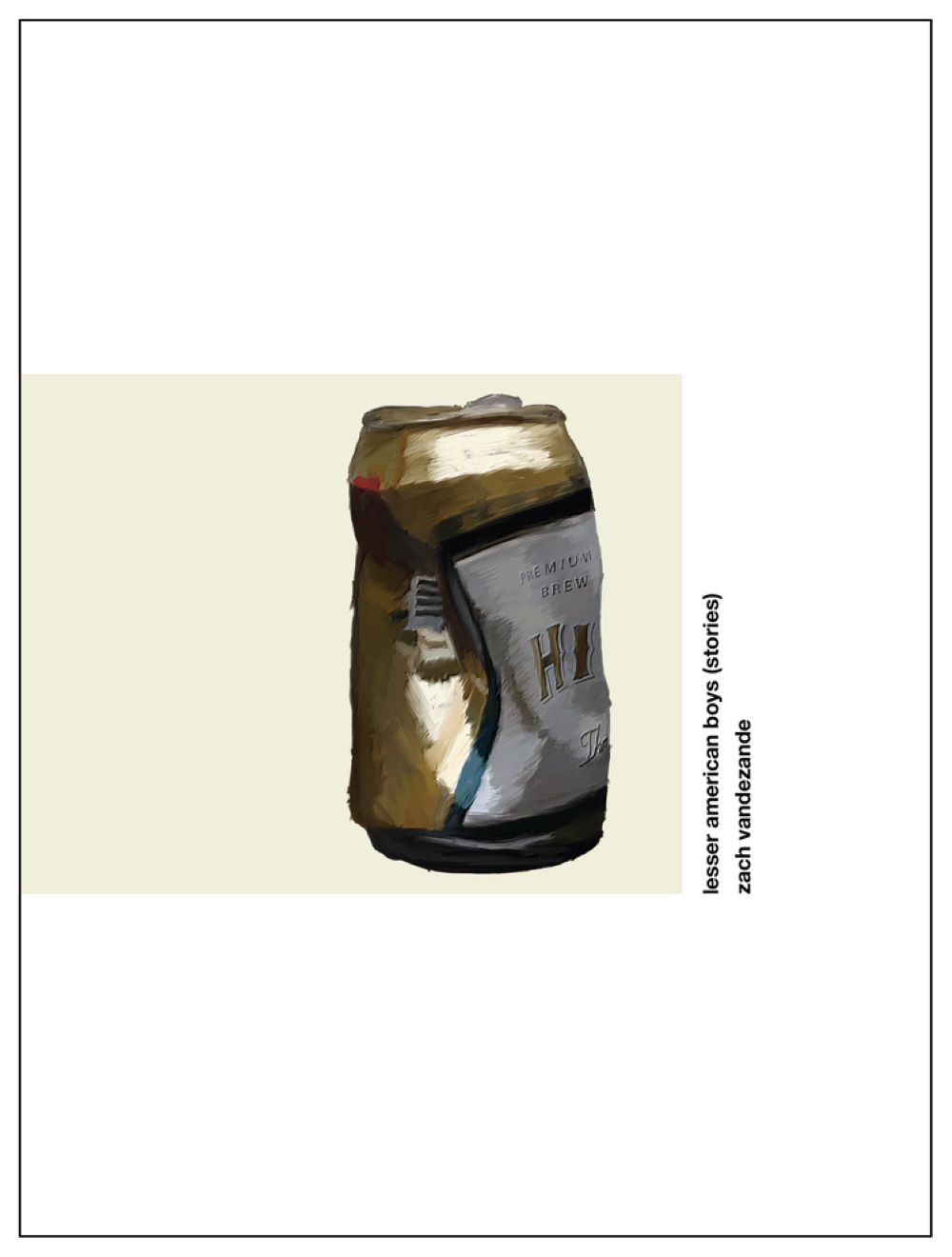 In reading Lesser American Boys by Zach VandeZande, I thought of In Our Times, Ernest Hemingway’s classic collection of short stories that elaborate on a theme. The central characters of VandeZande’s and Hemingway’s short story collections are unhappy for good reasons. Hemingway’s generation felt lost after the carnage of World War I. VandeZande’s characters are living in the era of Donald Trump, environmental crisis and violence of all kinds, including great economic disparity between rich and poor. Structurally, the books are similar too. Hemingway’s longer stories alternate with shorter ones, vignettes or interchapters about the war. VandeZande also alternates long stories, like “The Artist Requires Your Dissent” with very short ones like “After the Rape” and “Making an Illegal U-Turn on 15th Near Union.”

Hemingway’s spare style, subtlety and indirectness (as in “Big Two-Hearted River”, for example) were new and innovative in 1925, and  VandeZande’s  sharp, quirky, funny, imaginative stories suit our time.  Some stories address our angst directly.  In “City Council”, we read of a small town council that opens up the old air raid siren for public use, “in case of emergency only.”  The reader anticipates that the siren will be misused. When we read that one man set it off because his wife left him; another because of a death in the community and another, because his favourite TV show got cancelled, we think that this is a story about human self-centredness and failure to recognize priorities – but it isn’t.  The logbook of reasons for setting off the alarm provides insight into the human heart, and as the narrator says, “Whose heart deserves silence?”

VandeZande’s stories show us many troubling sights: a favourite coffee shop replaced by a slick new modern one;  a house built for spite that blocks the sun; a special needs child who fails to respond to a teacher’s best effort; a recovering druggie who needs a meeting; a couple of robbers and a man trying and failing to save a dog on fire- and these are just a few examples. Other stories keep hope alive. One of these, “Accord”, shows a young woman haunting (former) Texas governor, Rick Perry.  As a ghost, she has the ability to be everywhere at once.  When she was alive, she spat in the governor’s face at a rally because of his opposition to reproductive choice.  Now, dead, she observed Perry trying to control a fart in a crowded elevator.  He succeeds, and for that reason she regrets spitting on him. She spat on him because of his lack of compassion, as indicated by his  right wing views and policies, but now she believes that restraining a fart is a small way of showing compassion for others that could be built upon; the fart is a start.

One of my favourite stories, “Walden”, also has a hopeful ending.  Narrated by a young woman, Claire, we learn that Henry David Thoreau has time-travelled to the 21st century and is living with her. Thoreau, the 19th century American naturalist, essayist, poet, and transcendentalist philosopher, is famous for his book Walden, a reflection upon simple living in natural surroundings, and his essay “Civil Disobedience”, an argument for disobedience to an unjust state. Claire and some college friends met Thoreau at a bar, and while she didn’t believe his story that he was Thoreau, she wanted to.

Claire’s life is far from the simple one that Thoreau advocated. She works in a cubicle for a giant corporation and feels lucky to have a window looking out on the parking lot.  She has a mortgage, car payments and student loans.  As well, Thoreau is driving her crazy. She refers to him as a “goony fucking mooch.”  While she’s at work he sits at home, fascinated and horrified by daytime TV, and does no housework. He waits for her to make his meals and complains about the plastic wrap she uses, and other waste.  Readers who have read works by and about Thoreau will admire and be amused by VandeZande’s portrayal of him. When Claire tells him he should quit whining and do some writing or something political, he digs a garden in her front lawn, telling her, “You can’t let other people do your surviving for  you.”  Subsequent events help Claire see Thoreau’s value.

Another of my favourites, “The Artist Requires Your Dissent”, seems to be about the difficulty of supporting another person in their art when no one respects your artistic efforts and aspirations. This story involves a writer working as a museum guide and a performance artist who puts on her act at the museum for several weeks.  The young male guide, who is treated like a non-entity by everyone but his boss, responds to the artist’s overtures of friendship.When she asks the guide if people should be allowed to approach art “without fear of mediation and authority”, he replies that art probably requires some “misbehaviour” but that it’s his job to make people behave around the art. The two are attracted to each other and act on this attraction, usually at her hotel room.

In her performance the woman sits on a bench in an area  marked off on the floor with tape, the usual indicator of an area in which the public is not allowed to go. She engages with museum visitors, asking them questions about themselves and inviting them to sit with her and take a sip from her flask.  The guide’s job is to tell people they can’t step over the tape and to move on. She tells the visitors to ignore him. When anyone tries they are evicted from the museum.  He, doing his job, becomes part of the attraction of her performance.  Eventually he believes that to her it’s just a game while to him it’s about respecting art and his work in guarding it, and, on his own time, creating it.

Reader response theory holds that a work of literature involves not only what the author put into it but what the reader brings to it.   The stories in Lesser American Boys are sure to evoke a response and are well worth reading.

About the reviewer: Ruth Latta is working on her sixth historical novel, A Striking Woman, inspired by a Canadian trade unionist.

← A review of All Poetry by Paulo Leminski
A skein of geese goes creaking down the sky: An Interview with Roger Craik about In Other Days →