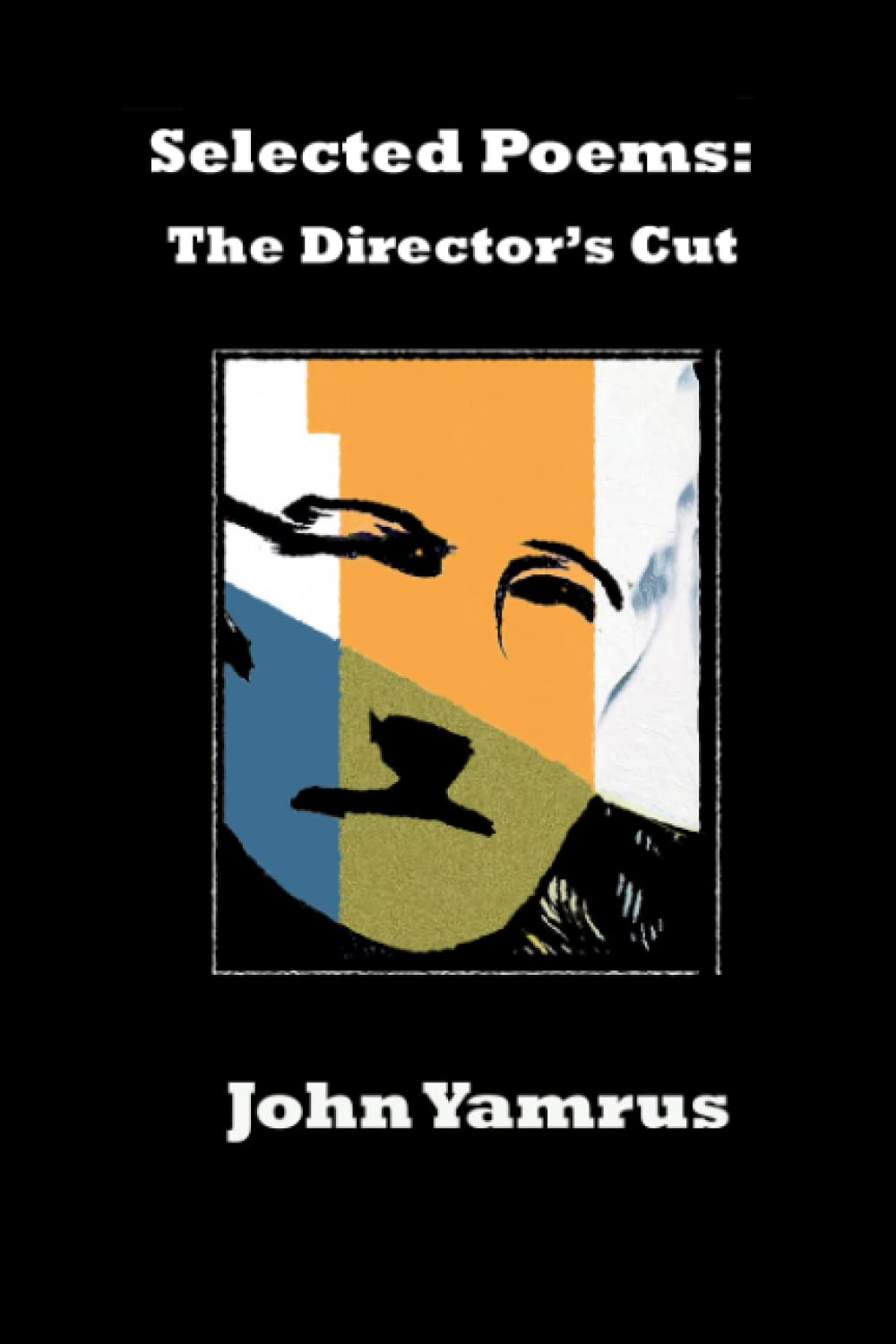 In his seventies now, John Yamrus has had a long and accomplished career. He is the author of over 30 books, and Selected Poems: The Director’s Cut is the definitive portal to his poetry.

Yamrus’s latest offering, which features over 450 pages of poems, is not meant to be read in a single sitting, or even chronologically. The size of it invites readers to pick and choose poems at their discretion. This is just one of its many charms. There is a consistency of tone that enables a person to open the book, thumb to a random page, and encounter Yamrus’s characteristic idiom—which is rooted in frankness, sincerity, and humor. Yamrus’s poetry does not demand a significant time investment from the reader. His poems tend to be short, with short lines that move swiftly down the page, their titles efficiently positioned as opening lines, as in “i’m”:

a hurried prayer
in bad weather
looking
for somewhere to go.

Much of his work is autobiographical, embracing the everyday with clarity and purpose. Yamrus is also not afraid to write about writing, nor does he shy away from poking fun at poets or the idea of poets, as in “these old bullshit poets”:

writing
back and forth
‘i liked yours, did
you like mine?’
sounding
like two
third graders
playing
show and tell
after school
behind
the church.

Here, we get the poet not taking himself too seriously, but also a nod toward the reality of writing life: we need to “show” our work, compare it, measure it, allow ourselves to be vulnerable and bare, as we seek validation from peers.

The poems in this book are courageous in that they defy expectations of what some may consider “poetic material.” Yamrus forgoes lyricism by shooting straight (and sometimes being crass). He eschews punctuation and literary device. He compresses everything, as in the two-word poem “nothing / helps,” or, a poem half that length: “endure.” That’s right. Yamrus includes a one-line poem that consists of a single verb. A witty soul, it is probably no accident that Yamrus places “endure,” which means to suffer patiently, as the last poem in the collection—almost like a self-deprecating thank you to the reader if you made it all the way through his minimalist odyssey. But there is also something compassionate about that last poem, as if his is a mission of empathy and partnership. Yamrus is effectively saying: we endure a lot just living as human beings. I’ve shared some of my stories. Maybe consider sharing some of yours.

Indeed, Yamrus focuses a great deal on the relationship between the writer and reader. His language, his metaphors, his philosophy or outlook, all demonstrate respect for his audience—which is a wide one. One need not be an academic theorist to enjoy his work. To Yamrus, being a poet means:

corner
on two wheels
and
never
looking back.

But writing poetry is not about being wild merely for the sake of wildness. Rather, it means being shrewdly defiant, as when Yamrus describes his dog, Abby, one night in obedience class, when she “did everything right” and

for
once,
she didn’t
bite, jump or pull.

Here, we discover that Abby “paid attention.” The canine “sat” and “stayed” “just like all the other dogs.” It is only at the end of the poem that we learn how much the poet “hated / that” submission to authority. It’s not that Yamrus can’t “do” poetry the way others have done it. It is just that, over a lifetime, he has honed his voice, and that voice is a commitment to honest, concrete depiction of human concerns. Selected Poems: The Director’s Cut is full of poems done in direct language, like this, which remind us that by saying less one can actually mean more.

Reading Yamrus, you get the sense he is a man who loves his wife and his dog; he watches baseball; he likes a good drink; he has lived in the moment; and he’s going to keep writing until he can’t anymore. (He would probably snicker at this reviewer’s run of semi-colons in this concluding paragraph. Maybe he would even write a poem about it.)

About the reviewer: Robert Fillman is the author of House Bird (Terrapin, 2022) and November Weather Spell (Main Street Rag, 2019). Individual poems have appeared in such journals as The Hollins Critic, Poetry East, Salamander, Spoon River Poetry Review, and Tar River Poetry. His criticism has been published by ISLE: Interdisciplinary Studies in Literature and the Environment, CLAJ: The College Language Association Journal, and elsewhere. He holds a Ph.D. in English from Lehigh University and currently teaches at Kutztown University.