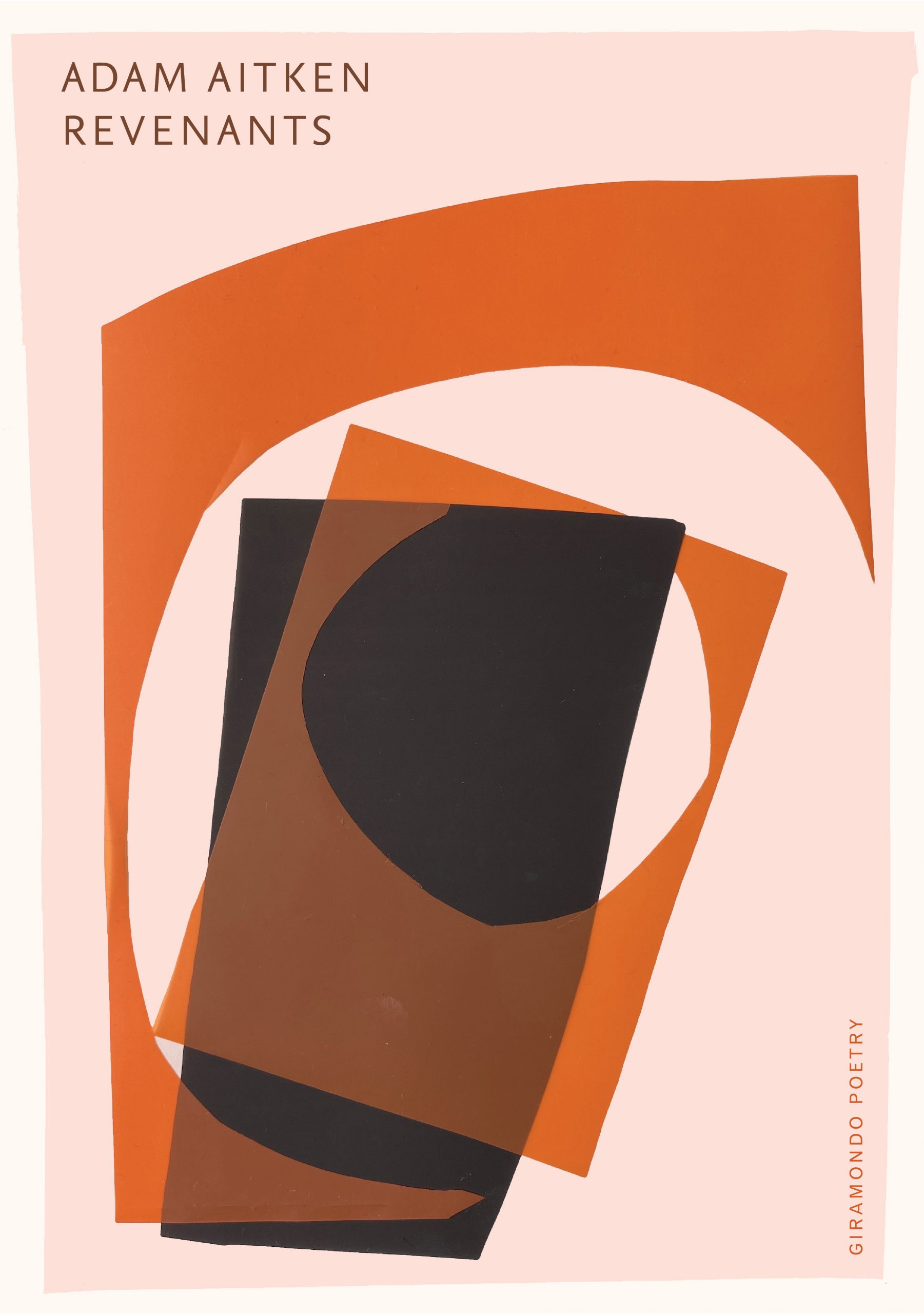 Anyone who has read Adam Aitken’s wonderful memoir One Hundred Letters from Home will be familiar with Aitken’s particular style that encompasses artefact, the living and the dead, dream and waking, memory and loss. Aitken’s latest collection Revenants, picks up on many of those themes from One Hundred Letters Home, as well as the revisiting the setting and timeframes of Aitken’s memoir: his father travelling in the 1950s, writing letters to his mother from Singapore, or moving through Hong Kong, Malaysia, and Thailand, weaving an absence in and out of the poems. This is one of the many revenants or spirits returning to reveal both tender and uncomfortable truths about love and loss, and also what it means to be both coloniser and colonised:

Many of the poems in this first part of the book connect with people and places that were the subject of One Hundred Letters, though with a poet’s eye – tracing his parents motions and indiscretions through relics, paintings, and archival documents from different timeframes, primarily the thirties and the fifties. A particularly poignant series titled “Notes on the River”, is set on the Tonlé Sap, the largest freshwater lake in Southeast Asia. The poem is written in fourteen parts, meandering like the river itself, in and out of metaphor, in and out of symbolism, the theoretical moving hand in hand with the concrete: plastic pollution, catfish migrating, fish species discoveries, people meeting and separating, fishing and fighting, blinking in and out of the narrative.  The poem is like a magpie’s lair – rich with imagery, lines from other poets including Lyn Hejinian, John Berryman, Baudelaire, and William Carlos Williams, and information from fishery and aquaculture books. This poem somehow manages to be somber and philosophical (“what it brought you/brings all time to flow/within its banks”) while simultaneously being funny and self-aware:

To these images rig
a theory of fluid dynamics
and digital composition,
poem somewhere between
Baudelaire and Photoshop.

The second part of the book reintroduces the father on his death bed at the hospice. There is a tenderness in the old man’s cantankerousness, which conversely softens him, preparing the reader for a loss which happens beyond the frame. The father continues to haunt the pages of The Revenants charging the book with a muted nostalgia that resists sentimentality in favour of deep observation:

A cloudy developer fluid
catches that eternal day in a silver halide print
that parents order in multiples
So a copy can emerge in a Facebook reunion group
50 years later. The day as black and white
and as grey as that.
In the only medium the world can see us in. (“Class Portrait”)

Humour is subtly woven throughout the book with references to pop culture, fashion, historical tidbits, memoir, paintings, cultural norms, and other poets like John Shaw Neilson, Philippe Jaccottet and Wallace Stevens, whose poem “The Snow Man” become a scaffold for a meditation on life and art, set in Hawaii:

You must have had a mind like winter
and then grown out of it, like a new forest
seen through a porthole’s framed elation. (“Weather Report”)

The final section feels like resolution, arriving in Paris, where a letter home mirrors the missing letters referenced in the first section:

Wading through poppies
in a white bonnet
on a searing August
day in Giverny. (“Letter from Paris”)

There is a lovely clash between the old ramparts and stone of Paris with its Roman sewerage, and the modern world of car boot sales with items like “a Eurozone ‘creative accounting Bub’/staffed by neo-colonial bellhops /“.There are no shortage of revenants here either, from Monet himself, the ultimate revenant, to more ephemeral ghosts that haunt the churchyard, enter dreams, and stare out from places that conjure the past: “coming up from the deep,/sparkle and music. Guards posted.” (“Sunlight on La Grade Rue”). This ghosts bring, along with their historical baggage, a kind of levity that is conversely freeing:

Cast off, troubadour.
Stumble into the dream
And get well soon (“Revenants Again”)

Revenants is a beautiful collection, rich with allusion, and perfectly comfortable in the liminal spaces between the living and the dead, the modern and the ancient, the literary and the commonplace.