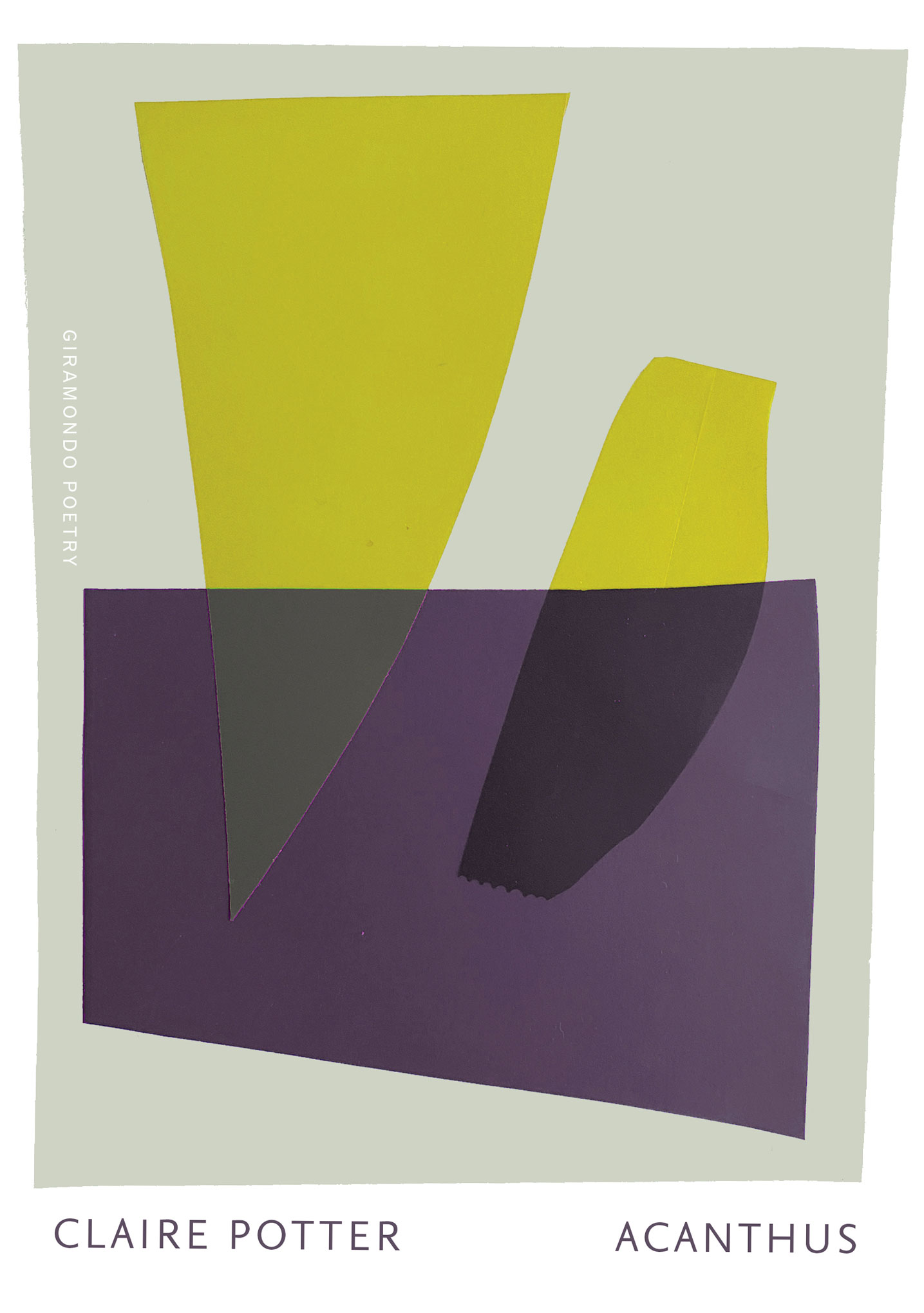 Myths are a source of cultural knowledge, as well as a fountain of fears, hope and passions that many poets have been inspired by over the years. Mythology is also a realm where poets can incorporate their own experience into a more universal and less personal landscape. Claire Potter’s Acanthus both draws on mythology and subsumes the intimate and personal into its broader terrain. Potter’s work is consistently compelling, utilising the reservoir of cultural knowledge abundant in mythological stories and heroes, as in the salient “Icarus & the Water”:

Icarus slipped underwater, his large hands groping and groping
the cold-pulling it into his chest in great maternal bundles as if
he were crawling again and after a few moments, he unshuddered
a breath for the first time since his fall, tucked his chin to his chest
and dived

Many of Potter’s poems transcend post-modern irony. The work is rich with interesting settings, narrative/prose poems, and a range of structures such as broken lines that have a more experimental feel, simulating rhythmic patterns, as well as elements and of traditional poetry. The narrative poems are evocative and poetic. Potter incorporates a deep sense of the natural world: plants, gardens, rocks and other living beings embedded in nature populate the work.  Potter also utilises animals in her poetry, revealing hidden messages in ways that are subtle and sometimes non-linguistic. The poet Larry Levis remarks that: “When animals occur in poems . . . they are often emblems for the muteness of the poet, for what he or she cannot express, for what is deepest and sometimes most antisocial in the poet’s nature.” (“Some Notes on the Gazer Within”) Potter’s poem “Weeping Foxes”, picks up on the unspoken and secret meanings that animals like foxes might convey while raising complex philosophical questions.

The imagery in Acanthus is striking and immediate, drawing the reader in. The natural, pastoral world is depicted hand-in-hand with the domestic, always alluding to secrets that are implicit rather than over, and to what remains unsaid against imaginary landscapes.

In one of the poems that touched me most deeply, “On A Dream, London November 22”, Potter writes: “Schopenhauer wrote about the dilemma of two hedgehogs trying to rustle together for warmth without injuring each other with their quills”. In this poem is a subject that crosses mountains in winter, or brings quills laid out on a table and a dream about a house on a cliff that was being eroded by the sea. In a way that is both vividly concrete and nostalgic, the poem evoked painful relationships and a loss of ego. As with many of the poems in this collection, the work encourages the reader to bring in their own subconscious meanderings to the work.

There are some poems which are intensely reflective, depicting Potter’s grandmother, grandfather and her son in a beautifully depicted northern hemisphere setting. Potter writes with finesse and skill, combining the deeply personal with the universal. Poems are wide-reaching, moving from London, Luxembourg, New York, Pisa and Venice with poems that are deep, reflective and engaging.

Another recurring theme is music, which provides a rhythmic backdrop to the suspense that drives the poem as in the exquisite poem “After Chopin” with its chthonic light and dreamlike familiarity:

Out from elms floating and rising, shrouds of dust play across the
sand. There’s something alarming in how quickly the shapes move
against my will as if they might carry you away with them.  Celestial.
Pious. Cowled like monks.  They almost turn to laugh at me
It is true that I fell in love with you once and by fall in love I mean
succumbed to your music.

Acanthus is an accomplished work, dense with layers of subtexts, hidden meanings and references, without ever losing beauty, mystery, and mysticism.

About the reviewer: Dr Beatriz Copello writes poetry, fiction, reviews and plays. The author’s poetry books are: Women Souls and Shadows, Meditations At the Edge of a Dream, Flowering Roots, Under the Gums Long Shade, and Lo Irrevocable del Halcon (In Spanish). Beatriz’ poetry has been published in literary journals such as Southerly and Australian Women’s Book Review and in many feminist publications.