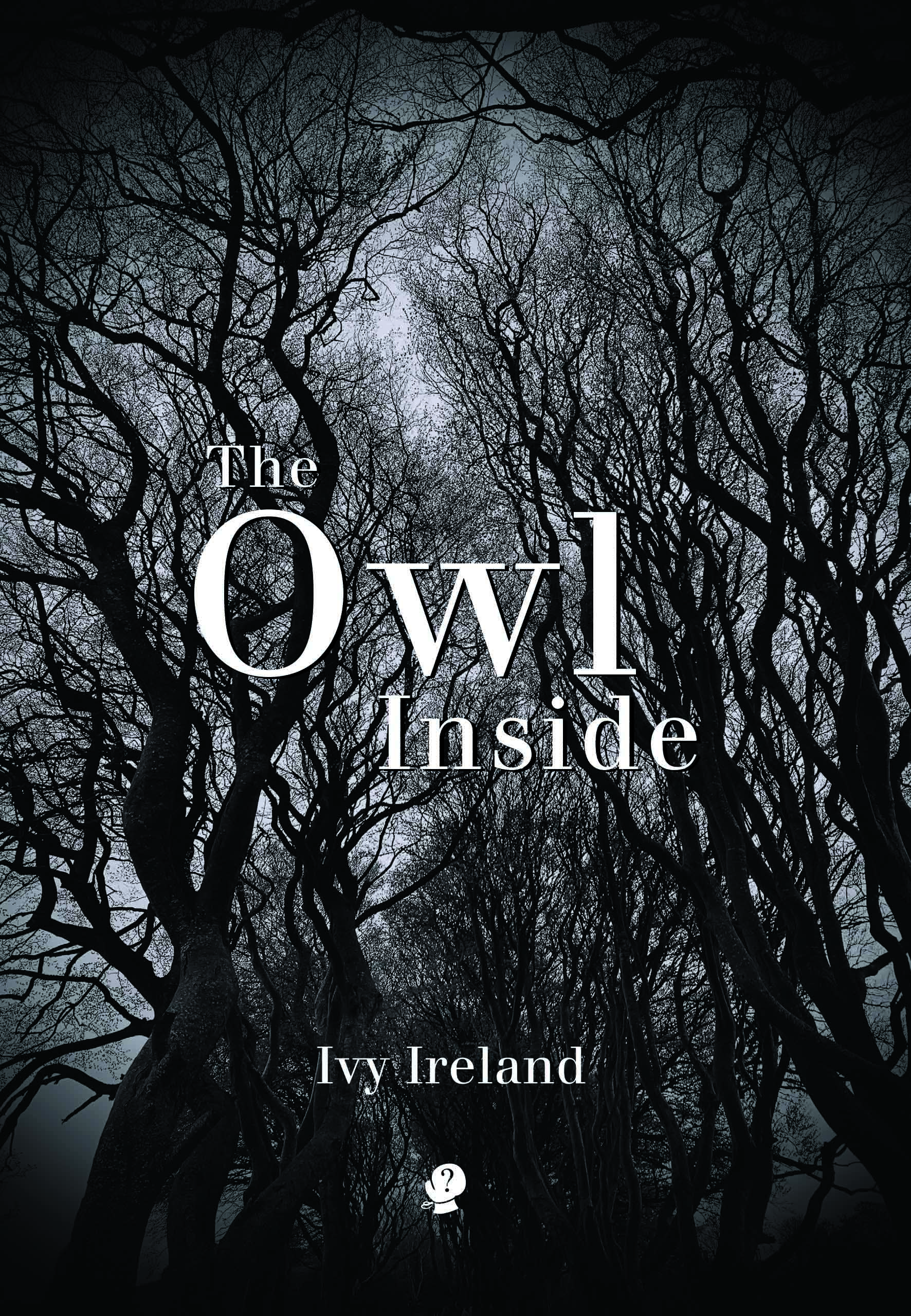 Ivy Ireland’s poetry is so graceful that it’s easy to miss the pyrotechnics that happens in nearly every line. Ireland creates alchemy that is nothing short of gorgeous. The cadence of the poems in The Owl Inside is gentle—as if whispered directly into your head, skipping the ears altogether. The themes are familiar ones: the loneliness of single parenting, global warming, guilt about what humans are doing to the planet, the many species we’ve destroyed, relationship breakdown, and the difficulty of artistic practice against a backdrop of parenting, and yet always, against these struggles, there is a transformation. This is not in spite of the familiarity or the chores, but through them, moving simultaneously towards and away from the philosophical, the mystical, and even, at times, the hysterical. It’s such a delicate and wonderful balancing act and Ireland manages it perfectly, linking the ordinary with the extraordinary to create, as Ireland puts it, “a singular rage of electricity”.

Ireland’s parataxis is inventive, playful, and powerful, taking disparate images and putting them together in ways that are often startlingly apt, not just semantically—in fact, semantically they are often strange—but also rhythmic, linguistic, and emotively, where the connection goes beyond the words:

If no one else felt the connection: owl, bin, ring,
then the revelation is solely mine.  (“The Owl Inside)

Another example is the poem “How Will We Live”, one of my favourites in the book, where a storm, a neighbour’s dead horse, the Mars One debacle, and multiverse become an extraordinary meditation on life and death that is as funny as it is profound:

Today’s task is to beg whatever waits past the present
that the invisible plenitude won’t eat it all up right now:
dead horse, vital Martians, those arrows of prayer you
shoot at both ends of the unintelligible equation.

Every moment is a miracle: the simplicity of a child’s completeness, a shower of rain, the swoop of an owl (inside or out), a bird flying silently into a Jacaranda tree, possum poo on the trampoline, pipits and fish in the woods, appearing, charging the air, and disappearing into memory, disavowal, or hallucination.

There is often a self-reflexiveness in this work: a heron eating another heron in a dreamscape that may be a waking memory or the silent creep of global warming as “a barely-noticed prick into/bubbles through stones”—silent, pretty, the step by step of a “grand scale loss”. In another of my favourites in this collection, “Single Mum”, a child’s toys become synecdoches for the block universe where past, present, and future exist simultaneously even as time passes and it is not possible to keep up with a young childs’ transitions:

The objects scattered across her room are galaxies
rising up, hovering for an instant where they are, then
flinging themselves out the door, flying
by my fixed presence in the hallway –
always too fast, with far too much velocity. I can’t catch them;
I never could.

The writing is mercurial, doubling back on itself so that multiple realities become possible at once:

You have returned here – home – to ask one question. No.
You have journeyed back north – away – to discover
the one question worth asking now;
just what remains to be asked, considering. (“Hedge Identity Politics”)

Everywhere the natural world is on display: owls, insects, birds, ocean, rocks, forest, blossoming, sprouting, a celebration, but one which is set against the impending loss from deforestation, and species depletion:

I could list extinctions and endangerments
until our eyes burst with the build-up of unshed tears,
but this way lies madness, medication
and more endless TV of forgetting. (“I Am Not Doing Anything”)

The Owl Inside explores loss and our impending non-future with such tenderness—a mother for her child, a partner’s lost love, and the grief at a friend’s passing, all of which encompasses both detailed and quiet observation coupled with the fierceness of embodied love:

So I chanted with my mind voice, which can get a better
hold of you where you’re headed than the throat one:
don’t follow the pretty things, Meg,
take the clear glow road to the next real deal.
Apparently, liberation can’t be mistaken for anything else.
No diversions. Don’t you ever come back here again. (“Don’t Follow the Pretty Things”)

“Don’t Follow the Pretty Things” is another favourite of mine (I have many!), in which the daily routine of dealing with a toddler’s wet bed is contrasted not only with a friend’s dying, but also a mystical transformation that conjures The Tibetan Book of the Dead in the conjunction of the tedious and the tender. All of which is to say that this smallish, quiet book is magnificent. But you can’t get away with reading it once, or quickly. It calls you back, draws you in, tricks you into thinking it’s about flying owls, changing peed sheets, watching water wash over the rocks, and taking out the trash, and indeed it is about peed sheets, owls, and taking out the trash just as our lives are about those things, and yet, The Owl Inside is also about everything.