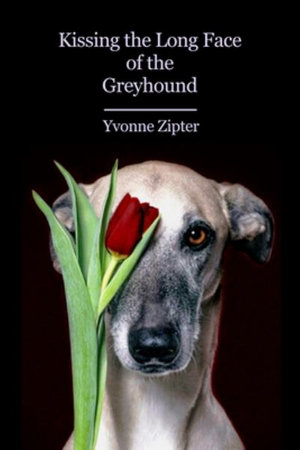 This book contains everything one would expect— love, sex, death, pets and other animals, family, sleep. But the title is perhaps a clue to what else waits within: a glorious confusion of body parts.

“River Creatures” begins with the narrator introducing “the sleek yellow body of my kayak” and “the plastic wings/of my paddles.” Already, the parts of the craft become parts of the poet’s body. But this merely proprietary relationship is juxtaposed with a turtle’s “neck outstretched to make/a third tine on the base of the fork” – there is a double play here, because the “fork” is not a dinner fork, which might reasonably have “tines,” but a fork of branches from a submerged log. Similarly, the heron’s “neck…forms another oculus” as it’s bent into an eye shape. In the last line of the poem, “my nose” refers at once to the nose of the kayak, the nose of the narrator, and the narrator’s attention turning away from the admired animals.

In this collection, body parts are anything and everything but what they seem. The narrator of “Grace Lesson” describes her mother’s falsie as “the foam rubber mound, studded/with ball bearings to give the heft/of flesh” while in the title poem, the greyhound’s face is “a Brooks leather bicycle saddle.” In “Apricot: A Love Song” the fruit becomes “a blushing little butt” in an extended (and delicious) metaphor, while “Postsurgical Slumber” features the moon as a “troubled tooth.”

Many poems in this book deal with sickness, injury, or surgery, and with their aftermaths. In these contexts, we often experience our bodies or parts of them as enemies, turning against us in their malfunction. Zipter pairs these felt transformations with her poetic ones, offering a little relief from the immediacy of suffering and vulnerability. In “Osteosarcoma: A Love Poem,” the cancer-ridden bones are also “an ivory flute or a stalk/of Spiegelau stemware.” In “Manners of the Flesh,” illness

the spitting image of an almond—

into a thorn, a spike, a bullet

Here the harmless, even faintly comical, almond gives a little space before the threatening images that endanger the loved one.

Personification and identification are routes to empathy, to feeling what is felt by another: another person, an animal, an inanimate object. Yvonne Zipter pursues this goal by swapping pieces of herself with pieces of the world.

About the reviewer: Tiel Aisha Ansari is a Sufi warrior poet. Her work has been featured by Fault Lines Poetry, Windfall, KBOO and an Everyman’s Library anthology, among others. Her collections include Knocking from Inside, High-Voltage Lines, Country Well-Known as an Old Nightmare’s Stable, The Day of My First Driving Lesson, and Dervish Lions (forthcoming from Fernwood Books). She works as a data analyst for the Portland Public School district and is president emerita of the Oregon Poetry Association. She hosts the Wider Window Poetry show on KBOO Community Radio, https://www.kboo.fm/program/wider-window-poetry Visit her online at knockingfrominside.blogspot.com

← New giveaway!
A review of The Owl Inside by Ivy Ireland →