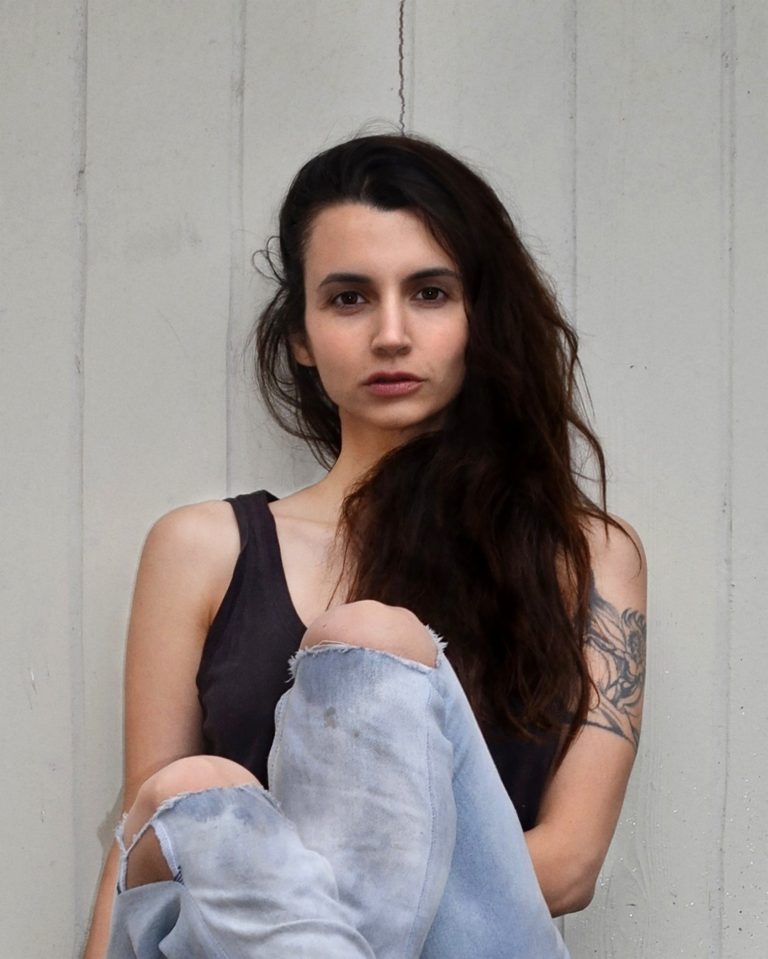 There will be much written about Keats’s life and legacy on the 200th anniversary of his death. How does your lived experience as an American woman of Iranian and Armenian descent complicate your understanding of this canonical poet?

I had a very privileged upbringing in New York City, one of the most diverse places in the world, and yet, because of my background, I was constantly being told that the literature I loved didn’t belong to me—that I needed to be British or European, and preferably male, to be able to read and understand a poet like Keats. Many years later, as an academic, I still hear that message: people don’t expect someone with a name like mine to have things to say about poems written two hundred years ago by white men. KEAT’S ODES  grew out of my experience of being an outsider to the English literary canon—which, it turns out, Keats also was. His family was working class, he didn’t attend university, and, as his critics never tired of pointing out, he couldn’t read Greek. Keats and I have a certain kinship that way, but it’s lopsided; his poetry will always know less about me than I know about it. The book doesn’t try to overcome that dynamic, but uses it to see Keats in a new, more contemporary light, in a way that makes him accessible to people, like me, who’ve been told they won’t get it or shouldn’t want to.

You write, “When I say this book is a love story, I mean it is about things that cannot be gotten over—like this world, and some of the people in it.” Can you speak to this sentiment?

Besides his poetry, Keats is famous for two things: dying young, and his love affair with a woman named Fanny Brawne. After he died, Brawne said she would never get over him, and by all accounts she never did. In the book, Keats becomes a symbol for the kinds of things that are impossible to get over and that, in some cases, we shouldn’t get over, like social injustice. Keats was well aware that the economic and political systems we live under make it very difficult to be a human being. He believed that a poet was someone who, by definition, just could not get over that—who couldn’t forget for a moment how much suffering there is in the world and how much of it is unnecessary. The poet, in other words, loves humanity so much that he finds its present state of existence totally intolerable. I’m not a poet but I agree: our lives should be a lot better than they are. On a much smaller scale, we’ve all lost people we can’t stop loving. The book is about that, too.

The book makes clear that Keats is more than just an object of scholarship for you. You’ve had a lifelong personal conversation with him about poetry and pain, activism and revolution, love and the sublime. At what point did you realize that Keats resonated so strongly with you, and how do you anticipate he’ll resonate with readers in the future?

It was love at first read. I stumbled across Keats’s letters to Fanny Brawne when I was about eleven years old, and even though they were way too sexy and emotionally intense for me to really understand, I felt an immediate connection to this person whose voice was so lively, so present, so warm and also so funny and self-critical. At this point I’ve spent so much time reading and thinking about Keats that he’s a part of who I am, and not separate from the other things I give my energy and attention to, whether that’s being a literary critic or political activism. Poetry, and poets, really can change your life, but rarely in a direct way; Marx loved Shakespeare, but reading Shakespeare won’t turn you into a revolutionary. I think people will always be drawn to works of art that believe in the value of human life, and that are passionately opposed to anything that makes life feel like it’s not worth living. Keats is one poet among many who reminds us how much more we deserve from the time we have. As long as we want more, Keats will be right there with us.

It’s always surprising to hear that giants of history or the arts died so young.  Keats lived only into his mid-20s. How does this affect your understanding of his work?

One of the most impressive things about Keats is that his poetry got so good so fast. He started writing when he was about nineteen, and a lot of his early stuff is pretty terrible. When he died six years later, he had written not one, not two, but a solid handful of the most famous poems in the English language, with lines—“A thing of beauty is a joy forever” or “Beauty is truth, truth beauty”—that millions of people have heard somewhere even if they’ve never read them. The explanation, besides raw talent, is that he worked extremely hard at being a poet. As if he knew his days were limited, he wrote all the time, from short little songs to 4,000-line epics, and he was always upping the ante, trying to make each poem better than the last one and being careful never to repeat himself or fall into old habits. Of course, if he had lived longer, his poetry could have gotten really bad again! Maybe he only had ten or so great poems in him—which is a lot more than most people.

What role can/should poetry play in times like the present, brimming with fear and trauma and an utterly debased political world?

I don’t think anyone can say, with a straight face, that a poem can change the world. Nonetheless, poetry has always been a vital part of social movements. It’s a very special kind of language that, because it tends to be highly compressed—both emotionally and rhetorically—can pack a very strong punch into very few words. Sometimes those words are straight-up slogans: think of Percy Bysshe Shelley’s famous lines, “We are many, they are few,” which have been popping up at protests all over the world since the nineteenth century. But more often, I think, they function as reminders of the fact that we’re not the first people to object to this form of life, that the tradition of resistance is very old and very powerful, and that hope is very powerful too. Audre Lorde wrote that through poetry “we give name to those ideas which are—until the poem—nameless and formless, about to be birthed, but already felt.” If a poem can help us give shape to our desire for a more free, more just, and less grotesque form of existence, it’s done a good thing.

How does your scholarship of Keats and the Romantic poets color your view of modern poets? What are you most excited about in contemporary poetry?

What I respond to in the Romantics is what I respond to in any poem: I want something original, provocative, passionate, and not afraid to put itself in a compromising or difficult position. Keats is a great poet, but he can also be messy and a little embarrassing, and I’m excited by poetry that has that same kind of fearlessness. Of course, I’m partial to work that has a strong political perspective. When Tongo Eisen-Martin says, “My dear, if it is not a city, it is a prison./If it has a prison, it is a prison. Not a city,” that should stop you in your tracks. The same goes for the poetry of Sean Bonney or Raquel Salas Rivera. Some people might say this poetry couldn’t be further from Keats, and maybe that’s true—it’s not as if we should read contemporary poets because they remind us of white men who’ve been dead for centuries. The point is, does the poem make the world feel impossible in new ways? Does it force you to abandon an idea you had before, and challenge you to bring a new one into being? That’s what counts, ultimately.

← A review of HellWard: The English Cantos Volume One by James Sale
A review of My Stunt Double by Travis Denton →