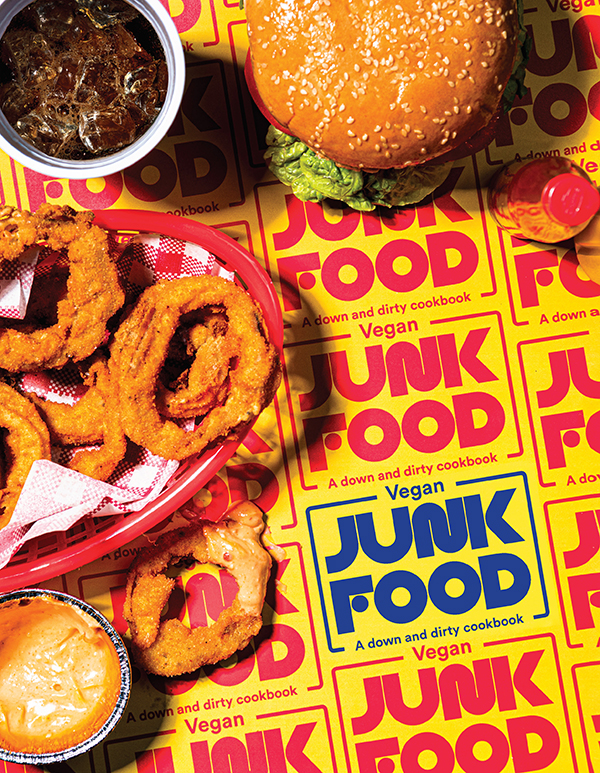 Veganism used to be viewed as a severe eating choice. While many restaurants had a vegetarian option, the mere mention of the word vegan would get you dirty looks or a lettuce platter. Life for vegans has changed so substantially over the past five or so years, that it’s barely a dietary restriction anymore. In just our local country supermarket, you can buy all manners of cheeses, burgers with heme proteins that not create an authentic meat taste but bleed, a wide range of chicken subs, milks or mylks of all varieties including a range of plant milks designed just for coffee, and even ingredients like jackfruit, banana blossom, and liquid smoke.  Most restaurants have vegan options and even fast food joints like KFC, Burger King, and Dominos now offer vegan options. There’s nothing quite like making it yourself though, learning techniques to create fake bacon, chicken drumsticks, cheesy parmesans and lasagnas, spanakopita, calamari, or baklava. For anyone looking to dramatically upskill their vegan technique, or even convince hard-core carnivores that vegan food can be just as hard on the arteries as meat, dairy, honey and eggs, Zacchary Bird is your man.

Like most fans, I first came across Bird when I saw his drumsticks made of jackfruit and cauliflower on a vegan group on Facebook.  I was shocked by how meaty they looked, given the ingredients, and the lack of gluten or soy. Having growing up primarily vegetarian, I can’t say I miss meat, but being able to make dupes like this is not only bizarrely satisfying but also a lot of fun.  Vegan Junk Food is not your mother’s vegan cookbook.  For one thing, it’s irreverent. Bird is as generous with the jokes as he is with his rich, delicious ingredients, and likes to poke fun at those who think vegans are uber-serious po-faced folks who don’t get enough protein. For another thing, it’s pretty rich. By rich, I mean fried wherever possible, dusted in sugar where practical, and savoured for the delicious flavour rather than any essential health benefit. There are fried pickles, fried mozzarella, fried fish, fried chocolate bars, and even fried lasagna.

The recipes are not ‘healtified’, only ‘plantified’. They are good because they don’t skimp on the fixings, the oil, the flavour, or the sweet stuff.  There are plenty of books out there that will provide a wide range of easy to digest vegan salads (and I love me a good salad), but this is not that kind of book. Instead, you’ll get “chocolate ice cream and peanut butter cookie sandwiches”, crispy Kakiage (a kind of vegetable tempura), and “pizza waffles”, which Bird describes as “A calzone in drag, feeling its waffle fantasy.”

Reading Vegan Junk Food is almost as fun as eating the creations, with Bird’s fine wit on display, for example, in Bird’s excellent “The Big Zac” (a drippingly delicious veggie burger):

An iconic flavour combination, which I have veganised and bears absolutely no resemblance to a burger with a similar name. It’s all handily wrapped up in a bun so you can eat it on the go while avoiding a teaser and desist from a multinational fast-food corporation.”

The recipes are really innovative, and will have you thinking about food in quite different ways.  Bird makes clever use, for example, of tomatoes in his “Lox and schmear bagels”. For the record, tomatoes with liquid smoke do not taste like lox, however, they do look good, and the flavour hits the same spot. The banana blossoms fish is inspired, and does actually taste like fried fish from a fish and chips shop. Wrap in newspaper and I swear your husband will never know he’s eating banana flowers instead of fish.

The vibrant hardback book is attractive enough for a gift, and contains bold, eye-catching images.  There are chapters on dips and snacks, sandwiches, burgers and ‘dogs’, a section called “Upsize” for meals designed to be shared, and sweets, including some of Bird’s famous ice creams. To my mind, the best chapter is “basics”, which includes a range of recipes you’ll use frequently like Falafels, Seitan chickpea chicken (excellent, cheap, high protein, and delicious in all manner of dishes), rice paper bacon which I’ve yet to test, and an excellent suite of mayonnaise variations, sauces, sour cream, cream cheese, vegan honey, and a chocolate hazelnut spread that will make you forget Nutella was ever off-limits.

The name of the book is, of course, a misnomer. There’s nothing junky about these recipes, which use high quality fresh ingredients, often made from scratch and generally, with only a few (worth it) exceptions, pretty healthy. However, Vegan Junk Food is not a book that tries to extol the health virtues of eating a vegan diet.  Veganism is better for the planet and less cruel to animals, and that’s reason enough to eat vegan more often. What Vegan Junk Food does do is to remind vegans and those who want to eat vegan more often, that you can pretty much make anything vegan, and don’t have to do without.  More than that, you eat with all of the decadent abandon that makes eating the joy that it is, without having to turn every meal into a personal sacrifice for the planet.