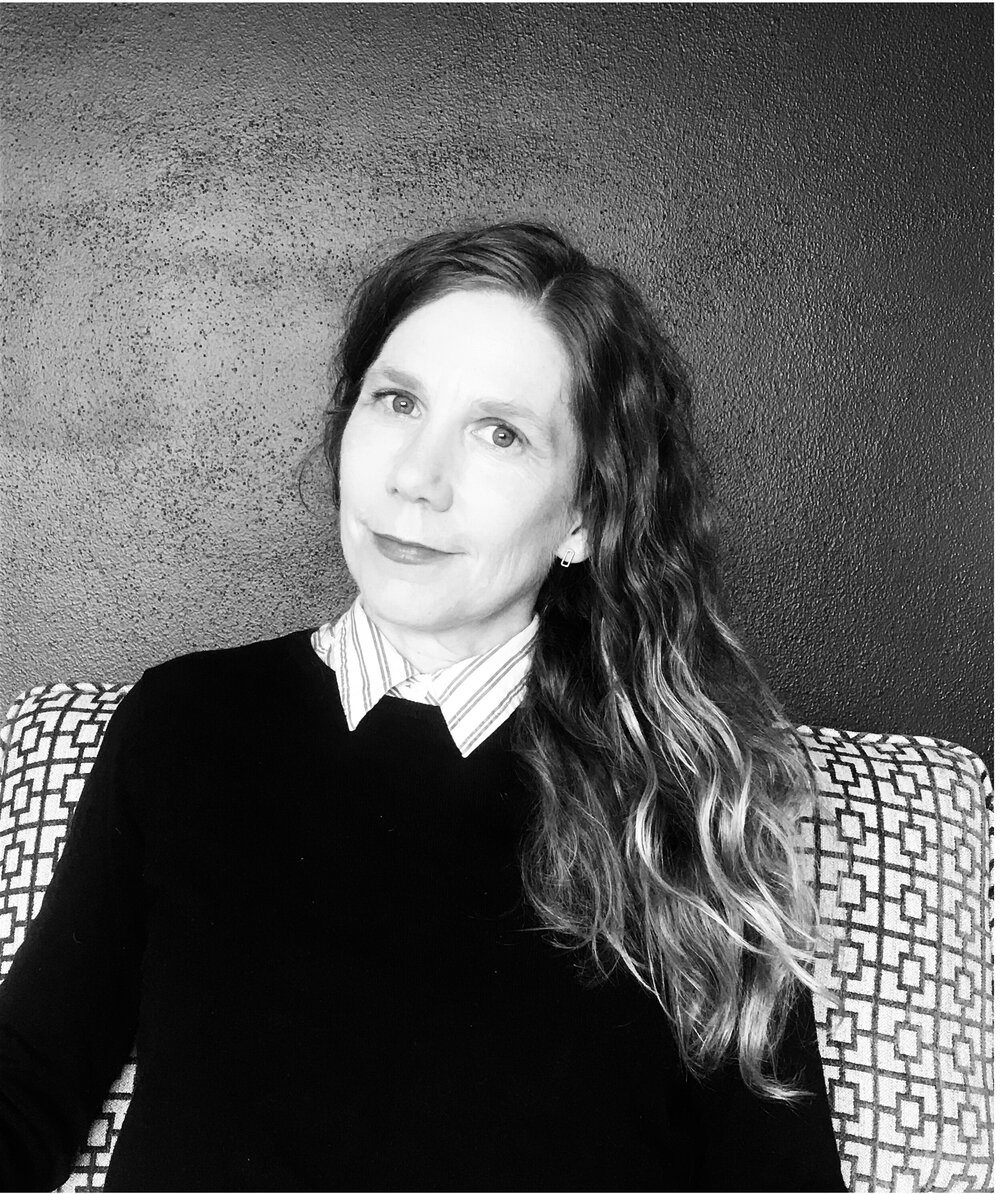 What is most exciting to you about the book’s release?

Connecting with readers and talking with people about spirituality, story, and writing. This book has been in the works for over twenty years, and now that it’s finally coming out, I’m learning about a whole community of “exvangelicals” who have emerged since the 2016 election—people who are sharing their stories of leaving the church while raising much needed intersectional critiques and alarms about the totalitarianism of white US American Evangelicalism.

What compelled you to write about Michigan’s “Bible Belt” from a young perspective?

This started as a memoir about my religious childhood in Western Michigan; I really wanted to capture the immediacy of my felt experiences, from middle-school girl drama to being filled with the Spirit at church. Writing in a first-person, present-tense voice let me do that, as did converting the book to a novel. When Marie’s thirteen-year-old voice first emerged, I heard her so distinctly, and she was saying these things that, quite frankly, were scary and upsetting. Things about demons, abortion, missionaries, and US American exceptionalism. They were ideas I’d heard all my life on Christian radio or at church, but I thought I’d left them behind. Marie’s voice showed me something else, that the past was still very much present. And that the issues I wanted to explore would be better served in fiction than in memoir, because fiction let me lean into Marie’s emotional truth—about what it feels like to be a young, smart, sexually curious female in a culture that teaches girls to become selfless, submissive help-mates to men. With time, Marie became her own character, separate from me, even as the novel is still autobiographical.

How does this book reimagine the traditional bildungsroman?

Marie is this young, queer, intellectually-driven artist-type, living in an authoritarian community, and broader society, that values males, whiteness, and heteronormativity. In this world, Marie can’t be herself without being “wrong.” So she embarks on a spiritual and theological adventure, trying to understand the competing Catholicism and Evangelicalism of her youth, while learning to trust her own perceptions. Ultimately, this is a process of religious deconstruction, which is the term being used in therapeutic conversations around religious trauma and spiritual abuse. I didn’t have that language while writing the book. Instead, I was asking: how did Marie’s faith shift? How did she come to know herself, including her younger selves, still held inside. The novel’s polyvocality is reflected in its formal structure, moving from Marie at thirteen to seventeen to eight years old, while the adult Marie reflects, in an autoethnographic way, on her community and child self.

First, because his paintings are amazing—truly beautiful works and such a pleasure to think about. Too, as an early Renaissance painter, Fra Angelico was making art during some pretty significant historical shifts, and here we are, living through another. (No, I didn’t anticipate the pandemic, but it’s interesting to think about another resident of the Convent at San Marco, Girolamo Savonarola, composing his gloom and doom sermons in the shadow of the Plague.) Then there’s Fra Angelico’s geometric perspective, and how he creates multiple frames within one field of vision. How do we shift our perceptions? To me, this question arises from his work, and was one of my guiding questions while writing Reconception. While the Convent of San Marco has since been turned into a museum, Fra Angelico didn’t make these paintings for a museum or gallery; rather, they were painted as a site for contemplation, and that’s often how I sat with this book, which took more than twenty years to write and publish. Finally, one of his most famous paintings, The Annunciation, features what would have been a thirteen- or fourteen-year-old girl. In literary circles, adolescent voices, and especially adolescent female voices, are often side-lined into YA, which, like other genre writing, is often not considered as important or significant as literary fiction. But I think this minimization—of teenagers, of teenage girls, of “minor” genres—is part and parcel of patriarchal thinking. Look: we wouldn’t have Jesus if it weren’t for a thirteen-year-old girl.

The novel takes place during the rise of the Christian Right in the 1980s. How would you describe the way this book deals with whiteness and religion? In what ways is this novel commenting on events that are relevant to today’s political landscape?

I thought a lot about race and whiteness while writing this book, as well as class, gender, and sexuality. As a fiction writer, I don’t know how one can not think about these constructs, as characters have bodies that exist within a world that values some bodies over others. Any character’s experience and point of view will be shaped, in part, by that sociological phenomena and how her body is read by others. Marie is living in a predominantly white community, marked by that kind of unofficial segregation found throughout the US. And in the US Christian (and cultural) traditions, there’s a long history of connoting white with “good” and black with sin or “bad.” Part of my research for this book was looking at materials from my own childhood, including Christian literature or pamphlets, song lyrics, or books. Over and again, I found the elevation of whiteness and the condemnation of cultural activities associated either with African Americans or Africa in general. As a teen, I remember attending a week-long Christian institute where the preacher spoke against drums in general because drumming came from Africa and that meant witchcraft. So I’m talking here about pretty blatantly racist thinking, which we certainly continue to see in white Evangelical support for Trump.

How are divination, feminism, and writing connected within this book?

I see these three practices as strategies for claiming one’s moral autonomy, which is what this book is all about. Marie moves from an authoritarian subculture (white Evangelicalism) toward her own self-realization and healing. This requires a lot of inner work—mindfulness, meditation, reflection—which has become a big part of my writing practice. Feminism was my first life-boat out of Evangelical authoritarianism. Writing was my second. When I was ready to go deeper with my work, I began studying divination, including tarot, which was initially really scary because I had learned that divination was witchcraft (there’s that word again), and that was really the worst thing someone could do! Yet at some point, if you truly want to live your life, you need to begin facing your fears. Which is something akin to my experience as a queer person and the ongoing process of coming out into the full light of my wisdom and being. How amazing to learn that divination—tarot, bibliomancy, intuitive visioning—are not only sacred technologies for healing, but methodologies for reading and writing as well. And that they’re in the Bible. Just one example: how did the apostles choose someone to replace Judas? They cast lots, i.e., they let God speak through chance.

What do you hope readers will take away after reading The Reconception of Marie?

My hope is that I’ve portrayed Marie and her community with a complexity that offers insight, perhaps, to a reader unfamiliar with this world. Too, I think there are a lot of us who have been really harmed by toxic Christianity, and hope these readers will find points of recognition, solace and encouragement toward their own healing.

← New Giveaway!
A review of Rebel Cinderella by Adam Hochschild →