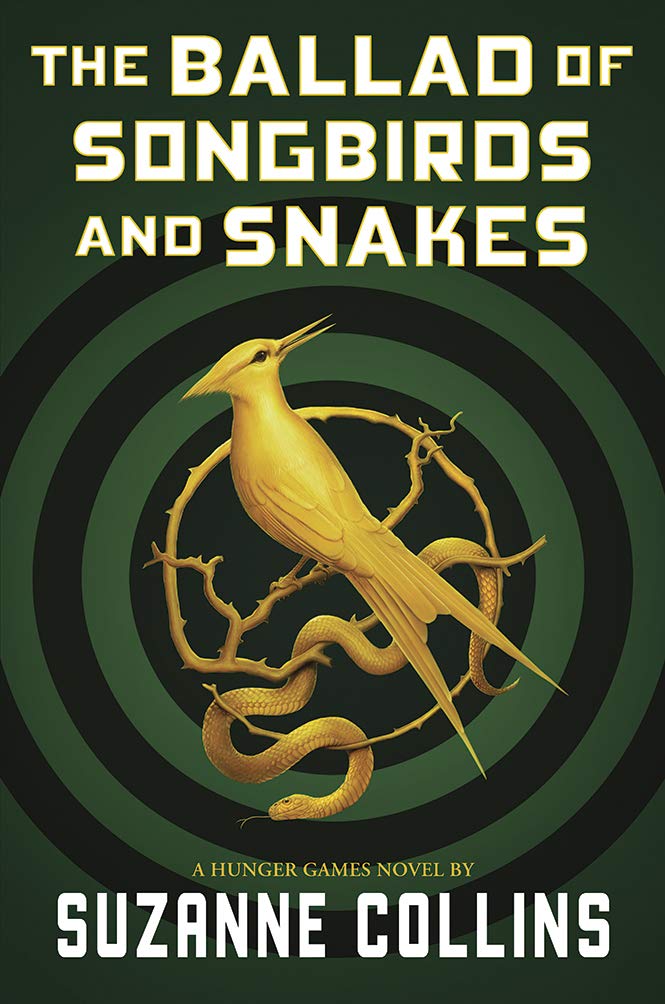 Suzanne Collins’s The Ballad Of Songbirds And Snakes is truly a tapestry of pain, ambition, competition and, ultimately, power. This flawlessly told ‘ballad’, as a prequel to bestselling series The Hunger Games by the same author, is heart wrenching to say the least, telling Coriolanus Snow’s history in a remarkable take on human nature, for new readers or fans of the original series.

Readers of The Hunger Games will remember notorious ruler President Snow, bent on what feels like a personal vendetta against the lower class districts and their citizens. This new look on 18-year-old Coriolanus implores readers to see reasonable intentions and views going through his head. In fact, the amount of empathy for him that is conjured, at least for the majority of the book, teaches that unfortunate circumstances can draw darker dominant traits in a rational personality in a bit over 500 pages.

Snow’s story begins ten years after the higher class Capitol won the war against oppressed district rebels. At this time, the once mighty Snow family is swamped in poverty, while still desperately trying to remain on top. Coriolanus and the remaining members of the family; his grandmother, dubbed ‘The Grandma’am’, and crafty cousin Tigris, are facing starvation and bills for which they don’t have the money. Coriolanus, ambitious as he is, has the opportunity to mentor the girl tribute from District 12 for the 10th annual Hunger Games; a chance that, if successful in victory, will grant him the scholarship for university that he so desperately needs. The Hunger Games, at this early stage in its development, consists of each rebel district randomly selecting a boy and a girl between the ages 12 and 18 to fight to the death in a public arena, with the goal of the Capitol being to create enough fear to squash any remaining disobedience from the poorer citizens. Coriolanus’s tribute, however, is anything but obedient and when biasedly chosen for the games, she earns herself popularity by singing for the crowd.

Tribute Lucy Gray Baird and her mentor Coriolanus’s relationship blossoms throughout the book. Lucy Gray’s performing instinct comes from her musical upbringing when she travelled and sung with ‘the Covey’, until they were rounded up and confined to District 12. Her sayings are strange to Coriolanus and yet he is drawn to her. “It’s not over until the mockingjay sings!” The use of lyrics and songs throughout the book, even some that are reminiscent of examples in The Hunger Games, are beautiful and capture Lucy Gray’s personality. “Well alright I’m bad but then you’re no prize either/ All right I’m bad but then that’s nothing new/ You say you won’t love me; I won’t love you neither/ Just let me remind you who I am to you.”

Woven into Coriolanus’s story is mad Dr Gaul, the organiser of The Hunger Games, and mentioned to be Snow’s ‘nemesis’. Her quiet twisted guidance of Coriolanus is partnered with her constant hideous experiments with animals, creating an edge whenever in her presence on the page. At one such point, she reveals her views on humanity, discussing with Coriolanus about chaos, control, and contract, urging him into the mind space of ‘without control in the form of a contract, chaos will reign.’ Her views on the Hunger Games are similar; “What happened in the arena? That’s humanity undressed… How quickly civilisation disappears… everything you pride yourself on, stripped away in the blink of an eye, revealing everything you actually are.”

Coriolanus Snow’s ballad is a must read for teens and above, a rich novel promising to steal you away and open your mind far beyond the door of the cage.

About the reviewer: Tzipporah Tiffenright, often known as Zippie, has loved writing and reading all her life. Libraries are a second home to her, along with Young People’s Theatre which houses her love for drama. She goes to a performing arts high school where she focuses on drama, but tap dances, plays piano, writes songs and sings. Zippie’s singing group, with her sister and mother, are called Songlarks and perform regularly. Follow Songlarks on Instagram for updates on gigs and performances @songlarks_ Zippie published her first book at 8, through her great uncle’s publishing company, The Maitland Press, and has published 3 more since, with her fifth book coming soon and another stand-alone being written. In year 7, she came first in her year for English, she loves writing book reviews and is thirteen years old. Recently, she has launched her new student newsletter.