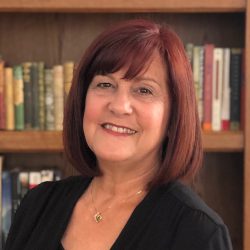 What is the book about?

Luz is actually the story that protagonist Alma can never tell her daughter Luz. While the novel begins with the mother and daughter in 2015, the heart of the book is Alma’s perilous journey in 2000 as she and her sister Rosa travel from southern-most Mexico to the US to search for their missing farmworker father. Along the way, Alma experiences first love, encounters great kindness and profound cruelty, and ultimately makes a life with her infant daughter Luz in Los Angeles. While it is certainly a story of border crossings and immigrant struggles, it is mostly a testament to a daughter’s love for her father and a father’s devotion to his family.

When did you start writing the book?

An earlier version of this novel was begun in 2004 and finished in 2006.  In 2017, I revised and expanded the original to produce Luz.

How long did it take you to write it?

My teaching position at the time gave me four months off a year, so I wrote intensely during those months and sporadically while I was teaching, so the first version took approximately two years. The revisions in 2017 were completed over a year.

I was moved deeply by news reports of migrant deaths in the desert at the US-Mexico border in the 1990s and early 2000s. Since I taught English as a Second Language to adults in Los Angeles and many of my students were from Mexico and Central America, I was familiar with why they came, what risks they took, and what difficulties they faced once here.

Because I was very concerned about the increasing deaths, week after week, I became involved in Amnesty International with a focus on Immigrant and Refugee Rights; with them I had numerous experiences that would later add layers to my novel. I also took part in an event with Water Stations Project, a group of volunteers who left water in the desert in the hope of preventing deaths from dehydration. We also had a ceremony at a border cemetery to honor those who had died unidentified. Their families would never know their fates, so we decorated their John and Jane Doe graves and said prayers for them.

Of course, these experiences found their way into my writing. In response to an assignment in a fiction class, I began writing in the voice of a young Mexican girl whose migrant farmworker father had disappeared after leaving for work across the border. Her story just poured out of me. It was the most fluid writing experience I’ve ever had, so I just kept going.

Were there any parts of the book where you struggled?

There is one particularly violent scene that wasn’t so much a struggle as it was painful to write, for my characters were very dear to me. I wanted it to be realistic, yet not too graphic. I wanted to convey the brutality, as well as a moment of tenderness, so it was a delicate balance.

All characters are fictitious except, of course, Dolores Huerta, who is a living legend, still fighting injustice on all fronts with the Dolores Huerta Foundation, but most well known for her work with Cesar Chavez and the rights of farmworkers.

While I imagine readers that are interested in immigrant issues might be drawn to the book, anyone, of any color, culture, or class, could be moved by Alma’s story. We can all relate to a daughter’s desperate need to find her missing father and to a father’s reasons for seeking the best means to support his family. These are common feelings shared by all, regardless of their birthplace or language. And of course, everyone loves a good love story. So, I am hopeful that Luz will attract a diverse audience.

I’m working on a novel called Pangaea about an Italian-American family that has been pulled apart like the super-continent, but after a tragedy, they begin to find their way slowly back together. It takes place in Los Angeles. The struggles of undocumented immigrants are also woven into this novel. (This is topic very close to my heart.) The novel also includes a Siberian husky, three horses, and an equine vet who just might become a love interest for my protagonist Josie.

← New Giveaway!
A review of The Shaman of Turtle Valley by Clifford Garstang →