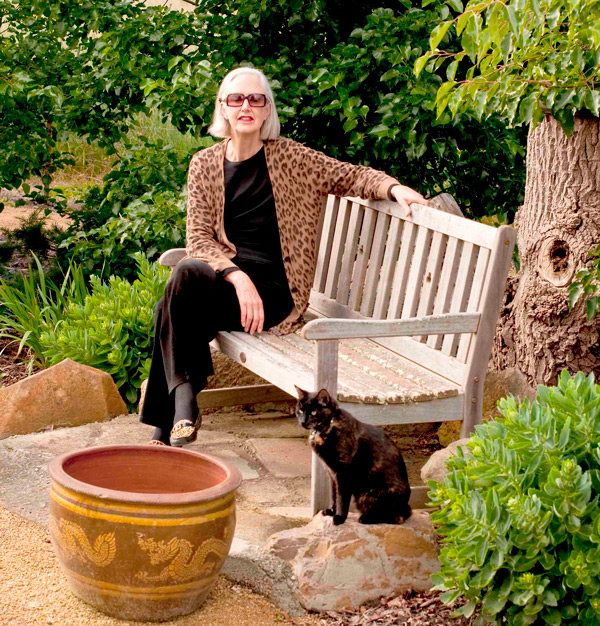 Sally Bird began her career in the book industry in New Zealand, starting at the University Book Shop before moving to a marketing role with publisher A H & A W Reed. Later she joined legal publisher CCH as an Area Manager and transferred to Sydney. She then digressed slightly and spent several years as collection manager of the wildlife photographic collection at the Australian Museum in Sydney — this role included close involvement with the Museum’s publishing program. Sally returned to publishing in the early 1990s and worked as commissioning editor and freelance project manager for various publishers before establishing Calidris Literary Agency. In September 2019 Sally moved home to New Zealand and now lives in the Wairarapa where she continues to work as a literary agent.

Has the role of the literary agent changed since you started? If so, how?

I’m not sure that the actual role of agents has changed but the number of agents in Australia has certainly increased. The Australian Association of Literary Agents was formed around 2002 and they are now much more of a presence in the industry and any publishers now say they only accept submissions via an agent.

With your decades of experience, you’ve come through all the disasters that have happened – like the closure of Borders/major book retailers, the advent of e-books that were supposedly set to revolutionise the way novels were sold, and the almost indelible closure of brick and mortar bookshops, I wanted to know if all of those paled in comparison to this COV-19 pandemic? Did any or all of those ones have (either short or long term) repercussions as significant as this pandemic? What makes this pandemic so, for want of a better word, special? Or is it not actually all that devastating thus far?

The demise of Borders in Australia was no great surprise. It showed a certain arrogance in thinking that they could set up literally across the road from a well-respected independent like Readings and expect to poach their loyal customers. E-books have not been as revolutionary as predicted. The industry has adjusted to these things you cite, and they really do pale into insignificance compared to the COVID-19 pandemic. As to what makes it ‘special’ — the fact that it has affected almost every country in the world, and the fact that the US and Brazil in particular have leaders who are virtually ignoring it, means that it will probably be with us for many years to come. So, it is truly devastating.

What impact have you encountered so far with COV-19 – are you receiving less submissions? How is it affecting your current stable of writers? What has your experience been with it all?

As I relocated to my home country of New Zealand late last year (pre-COVID-19!) I closed for submissions for a couple of months and since I re-opened, I’ve had a steady stream of enquiries, but from those there are only a few I ask to submit a manuscript. My existing clients work is, so far, largely unaffected. One author, Ann-Marie Priest, has had her book, originally due for release in the last quarter of this year, pushed back to late 2021. This is a shame because it’s a biography of the poet Gwen Harwood and 2020 is the centenary of her birth, so this year would have been the most appropriate for publication. In the circumstances, of course the decision is understandable and, on the plus side, it has allowed Ann-Marie more time for re-writing and editing My Tongue is My Own: A Life of Gwen Harwood. It will be published by Black Inc under their La Trobe University Press imprint.

On a related note, I’ve read that the resultant economic downturn has caused publishing houses, major and boutique, to have redundancies and generally shrink their business to weather the worst of all this – have you found that publishers are taking less or being even more selective about what interests them?

Most of the editors and publishers I deal with regularly are still in their jobs and working from home. I haven’t noticed that anyone is being more selective than before. Strangely enough I’ve had two debut novels accepted during the lockdown period!

Despite substantial job loss across the board, some figures have found that book sales have been somewhat on the rise since lock-down – to me (a layman with little understanding of how figures translate to the current climate of the market) – I take that as a promising sign – do you agree with that? Or have you in your experience, found that to not be the case?

Yes, it is a promising sign. In the UK children’s educational title sales have rocketed up but I imagine that’s because people have been home-schooling. UK fiction sales are up as well. Locally, I have only anecdotal evidence that book sales are up, but according to Neilsen Book Scan’s latest data (15.7.2020) book sales are down just 2% or the second quarter of 2020, compared to the same time in 2019. Most bookshops were able to continue selling online and I know libraries were very busy in the week before lockdown.

Do you think a trend could emerge of COV-19/Lock-down themed books might arise from all of this? Have you started to notice/encounter any such titles submitted to your own agency along those lines? Do you think that such titles could be well received or do you think that that might fall under the ‘writing to a market that’s going to change by the time you’re finished’ trap?

It’s entirely possible that there’ll be some lock-down themed books emerge from all this. I haven’t received any such submissions but if someone’s writing a novel based on lockdown experience, I don’t expect it would be ready for submission just yet. I have noticed several books on how to deal with COVID-19 and some scientific/medical tiles on other viruses and pandemics generally. I also read that sales of Camus’s The Plague have shot up! There’s been a 2.8% increase in print book sales in the US for the first half of 2020. Fiction sales in the UK are up by a third. The timing of Hilary Mantel’s The Mirror and the Light release was fortuitous, and, at over 800 pages, it would have kept a lot of readers going during lockdown.

As to the idea of writing to a market, I’m always sceptical of that but if something is well written, well researched etc it could find a place, even though it may have a short life. These days agents and publishers tend to be opportunistic, but publishers also have to consider their backlist.

On a positive look to the future, what good do you think could come out of all of this for the industry and for authors? What would you like to see happen?

Well, without a crystal ball… It seems that publishers in particular have adapted to the so-called ‘new normal’ and still been able to function reasonably well, it could mean a whole new way of working without every employee having to commute to an office every day. It could perhaps mean that offices become mobile or virtual. That would cut down the huge cost of commercial rent in the major cities. Then maybe some of that money previously spent on infrastructure could go to authors instead. Naturally I’d like to see authors continue to write and have their work published — and to be better paid for it.

Do you think that this pandemic and its aftermath could alter the stories? Will there still be room for the stories we were telling before all of this?

It may well alter the stories or at least add new ones. I’m sure there will always be room for stories, whether they were the ones told before or after ‘all this’.<

What advice would you give to authors and/or anyone else in the industry, during these times?
To authors, keep writing. Not sure I’m qualified to give advice to anyone, let alone in the book industry but the world has changed so we have to adapt to that and keep on keeping on.

About the interviewer: Samuel Elliott is a Sydney-based author and interviewer. His work has appeared in The Southerly, FilmInk, and The Big Issue, among others. He is currently working on a historical-fiction novel, Eden Says, in between interviewing fellow writers and his job, working for a streaming platform. Find him at: www.facebook.com/samuelelliottauthor

← Remembering Cats Eye
A review of Imperfect by Lee Kofman →