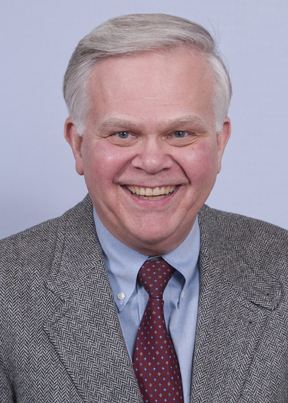 A member of Michigan Writers, you were born in Detroit; what other places have you lived or traveled? Do you think Michigan may have helped shape you as a poet?

I was born and grew up in Detroit. I received a BS in Electrical Engineering from Wayne State University. Immediately after graduating from Wayne State I started Case Western Reserve University where I earned a Ph.D. in Biomedical Engineering. I lived in Euclid, Ohio while attending Case. Upon graduation I accepted an offer from Bell Telephone Laboratories, in Naperville Illinois, and my wife and I and two daughters moved to Glen Ellen, Illinois. We lived there until Bell Labs was broken up as part of the break-up of AT&T. It was at this time that we moved back to Michigan and I started working at Wayne State University. While it may sound like a cliché it was a circle of life that did in fact shape my poetry.

My parents immigrated from Sweden in the early 1920s and I have traveled to Sweden many times to visit family. I have also traveled throughout Norway, Denmark, and most of northern Europe. That would include England, Scotland and Ireland. Of course, living in Michigan, I have traveled in Canada.

Has Michigan help shape me as a poet? Most certainly. From growing up in Detroit to vacations, camping, hiking, swimming and just being in AWE I mention watching sunsets at Lake Michigan as one source of awe. In other poems, not in this book, I speak to growing up in Detroit—the good and bad.

My travelling, particularly Scandinavia since I have family there, has offered a personal view of different social structures and to a degree different societal values than in the U.S. Each country, culture and geography has left an impression that sneaks out in my writing. 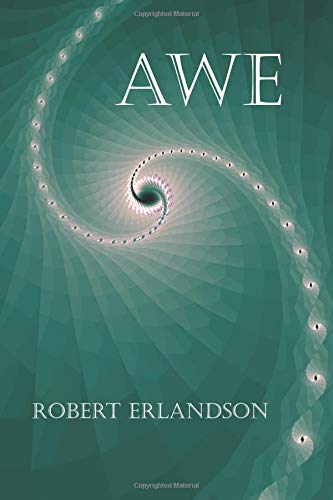 Please tell us about the intriguing front and back covers of Awe.

I attach the following statement to the back of my digital prints:
“Fractals have been described as “never ending patterns”; like snowflakes, lighting strikes, galaxies and waves on a beach. As an artist and engineer I find such patterns fascinating. While nature’s patterns have always inspired artists, the nature of fractals is just beginning to capture the imagination of artists. The engineering part of me loves how computers can create incredibly beautiful fractal patterns from a mathematical score. Like a symphony, fractal patterns can be simple or complex, peaceful or tumultuous, whimsical or serious.”

I have been interested in fractals and chaos theory (the formal mathematics background from which fractal math and images emerged) since the mid 1970s when chaos and fractal research started to be reported. A few years ago, I started to look more seriously into any artistic expressions of fractals and of course a lot has happened in the last 40 years. There are several software packages, kind of like Excel and Photoshop on steroids, wherein you can use mathematical tools to create beautiful fractal images. Basically, equations are one’s brushes and equations your color palette.

I have painted, acrylics, since graduate school and with the tools available for creating digital fractal images I was hooked. I have had several gallery showings and am working on some ideas for digital images printed books. I currently have a gallery show in Lincoln, Nebraska.
(http://www.burkholderproject.com/artists/)

How has your education reflected itself in your poetry? It has put you in a remarkable position to reflect.

With respect to the topics covered in AWE, it comes down to how we have been able to use mathematics to understand and make predictions about this universe. My engineering and scientific training and experience have and continue to provide a basis of experiencing and appreciating the phenomena and beauty of our world. As I say in the book, everyone can experience awe from a Lake Michigan sunset, but for me, understanding the physics behind the show adds another dimension of awe to what I’m experiencing.

In the book I consider such things as the number of petals flowers have, the shape of pinecones and snails—everyday things that are expressions of some relatively simple yet profound mathematical ideas that developed over centuries. I try and do this using poetry, images and with a sense of humor. My family, especially my wife and daughters, got sick and tired of having me point out how many flowers have a number of petals that is a Fibonacci number (1, 2, 3, 5, 8, 13, 21, 34, 55, etc.) or spirals that follow from the Golden Ratio (galaxies, hurricanes, snail shells). So, I decided to start putting some of my “observations” in writing and adding poetry—like haiku, Limericks—poetry that in and of itself is light and flowing.

What other types of writing have you done? Continue to do?

Professionally I have written over one hundred scientific papers and authored or edited several books. I’ve not engaged in such writing since my retirement. Since retirement, I’ve been going back to notes and journals I have kept since high school; re-working, re-thinking and organizing material. AWE was my first attempt at self-publishing. I have had some haiga (an image with a haiku or tanka) accepted by DailyHaiga, an online haiga journal (not sure of the actual publication date). I have started submitting material to different haiku and tanka journals and am waiting. I am developing ideas for a book of haiga—in that I like the combination of an image and haiku or tanka.

How do you feel that math helps explain our world. What do you think of quantum mechanics? Your poetry chapbook, Awe, expresses wonder about the space we inhabit. When did you first become conscious of it?

I remember in Junior High School I had a science teacher who had us use Ohm’s Law to plot the current through a resistor as the voltage across the resistor change. Then he had us do an experiment to verify the math. I remember being amazed that such a simple equation could predict what actually happened in the experiment. I was hooked. Since then I have continued to learn mathematics that apply to physics, chemistry, and a very limited way quantum mechanics. The fundamental question: “Is God a Mathematician?” This question, or some form of it, goes back to Plato, Galileo and a host of scientists. I’m just one more poor soul in a long progression to wonder about this question or its variation. Which came first the mathematics or the universe? Or as I said in the last page of Awe.

“Did nature follow this plan all along
or did we make up the words to this song?

It seems to me not to matter
It’s there and that is the wonder.”

With respect to quantum mechanics:

As I understand it—with the measurements currently being made of gravitational waves we have proven the core conjectures and hypotheses of quantum mechanics. I would ask “What do you think of string theory”? It predicts parallel dimensions. Now that’s got me scribbling a few haiku.

You mention an “aphoristic unit”. Can you explain that.

From Merriam-Webster’s online dictionary: aphorism “a terse formulation of a truth or sentiment” Terse is why I like shorter forms of poetry like haiku, tanka, Limericks. I would say my work uses sentiments—hopefully expressing some truth along the way.

The “aphoristic unit” would be the image with short statement. The Japanese haiga would be an example of such a unit. My main inspiration came from the Grooks created by Piet Hein. Piet Hein, was a Danish scientist, poet and artist. Grooks are typically a combination of a sketch and short poem forming an aphoristic unit. Here are 2 examples: Hein and mine (my example has been accepted by DailyHaiga for publication some time in June or July)

Are you working on another collection?

As to other projects: Yes–I am seriously developing what could be called a contemporary haiga collection. For images I would be using drawings, sketches, digital photos and of course fractal images. Concurrently I’m working on haiku/synryu and tanka for a collection. This along with the fractal art and some painting.

About the interviewer: Carol Smallwood is a literary reader, judge, and interviewer. A recent poetry collection is Patterns: Moments in Time (WordTech Communications, 2019).

← A review of Ebullience & Other Poems by Bhupender K Bhardwaj
A review of Harry Potter and the Philosopher’s Stone By J. K. Rowling →