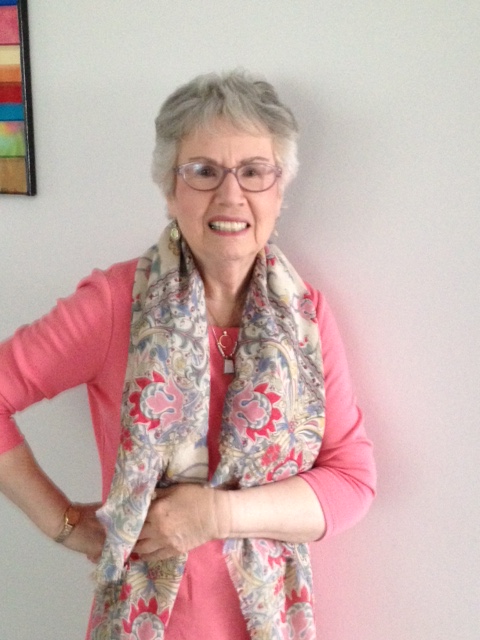 You remarked: “Writing for young readers was the most joyful and challenging work I have ever done.” Please share with readers how your first fiction came about.

After gaining a  “track record” with two nonfiction books as part of a series developed by a small publisher, I was able to sell a young adult novel to a New York house.  Having written several stories for magazines, I dipped into longer fiction with a story that came from my inner youth, which became “The Ruthie Greene Show.”  The book jacket said that the author “offers a humorous, engaging account of how an ingenious young girl learns to star in a supporting role.” I might add that I enjoyed laughing at my teen self.  I was fortunate being able to work on several other books (fiction and biographies) with Ruthie’s editor.

Please tell us about your most recent nonfiction book for children:

I can’t call it recent because the book was published before my dozen years of full-time caregiving for my husband, during which time I had to lose my work researching and writing for young readers.  Having said that, the last title published is “Rain Forests,” a science easy reader published by Holiday House, beautifully illustrated by Diane Dawson.  As easy-readers may look breezy to write, they take a great deal of research and much work at paring down to the essence of the topics, using beginning vocabulary, and super kid-friendly “fun facts.”  A struggle, yet with satisfaction and reward in the end.

Smallwood: I smiled when noticing women are subjects in several of your children’s books. What motivated you to select them and do the necessary research? What are some of the steps?

In the 70s, at the cutting age of publishing women’s stories, a small Minnesota publisher began a series on women in varied fields like art, education, science. . . and after communicating with that office, I was offered the opportunity to write about women in business.  This would be my first book. Following the format, chapters of five women, I whole heartedly dug into the research (remember there was no internet then).  I used my city library, as well as making direct “long distance” phone calls to some of the women or their offices,
for further questions and fact checking.

Recognizing the need for a range of businesses and not all on the east coast, I so enjoyed researching both a bevy of women and the wide span.  And then, more fun than that, was writing each chapter narrated as a story, creating scenes, rather than taking a straight journalistic path.  A banker, a pioneer in the food-packing industry, an advertising agency owner . . . even the creator and producer of Sesame Street, Joan Ganz Cooney.

You give credit to Sheila Bender for “…her encouragement and Writing It Real for helping me….” How did you meet and what was this help?

Sheila and I were in a writers critique in Los Angeles some years ago.  Her contributions were always wonderful, and her critiquing insightful.  When she moved to Washington state and I began my decade-long poetic memoir I got in touch with her and asked if she would look at a section of my alleged manuscript. Not knowing if it worked at all, I awaited anxiously for her aye or nay.  Happily, she gave it a nod and with my new membership in her on-line community, Writing It Real (WIR), she did a super job of advising deletion of the repetitive MS, as well as suggesting the pulling together of chronological divisions. Then she worked at line editing.  MOMENTS OF DAWN finally saw the light.  I remain ever gratetful to Sheila and her encouraging me to write poetry, which helped me to reinvent myself.

Tell us about being nominated for a Pushcart:

An essay that I wrote, “On Line Dating in the Golden Years,” (yes I did give that a try when I was 75, after my husband’s passing) appeared in an anthology simply called “Getting Old.” After its publication the editor called and asked if she would have permission to nominate it. First, I was stunned at the nomination, then amazed at learning that a writer needs to give permission. (I don’t know if this is always the case).

Please share what you are working on now and where readers may see your books:

WIR has been most helpful to me with guidance in turning grief into art.  So I have been working on such poetry and happily can boast a bit that some has been published in literary journals both in print and on-line.  I’ve also moved on to subject matter beyond illness and death and find that I can tap into my wit, which has always rather been there. I continue in this vein, and from time to time find myself also working on essays and short stories.

Since my kid-lit dates far back, most of my books are in libraries. Still in print after three decades are “Clara and the Bookwagon,” and “Snowshoe Thompson,” both easy-to-read historical fiction chapter books published by HarperCollins.  “Moments of Dawn”is available on Amazon or directly from me, the author.

Are there sites readers may read more about you?