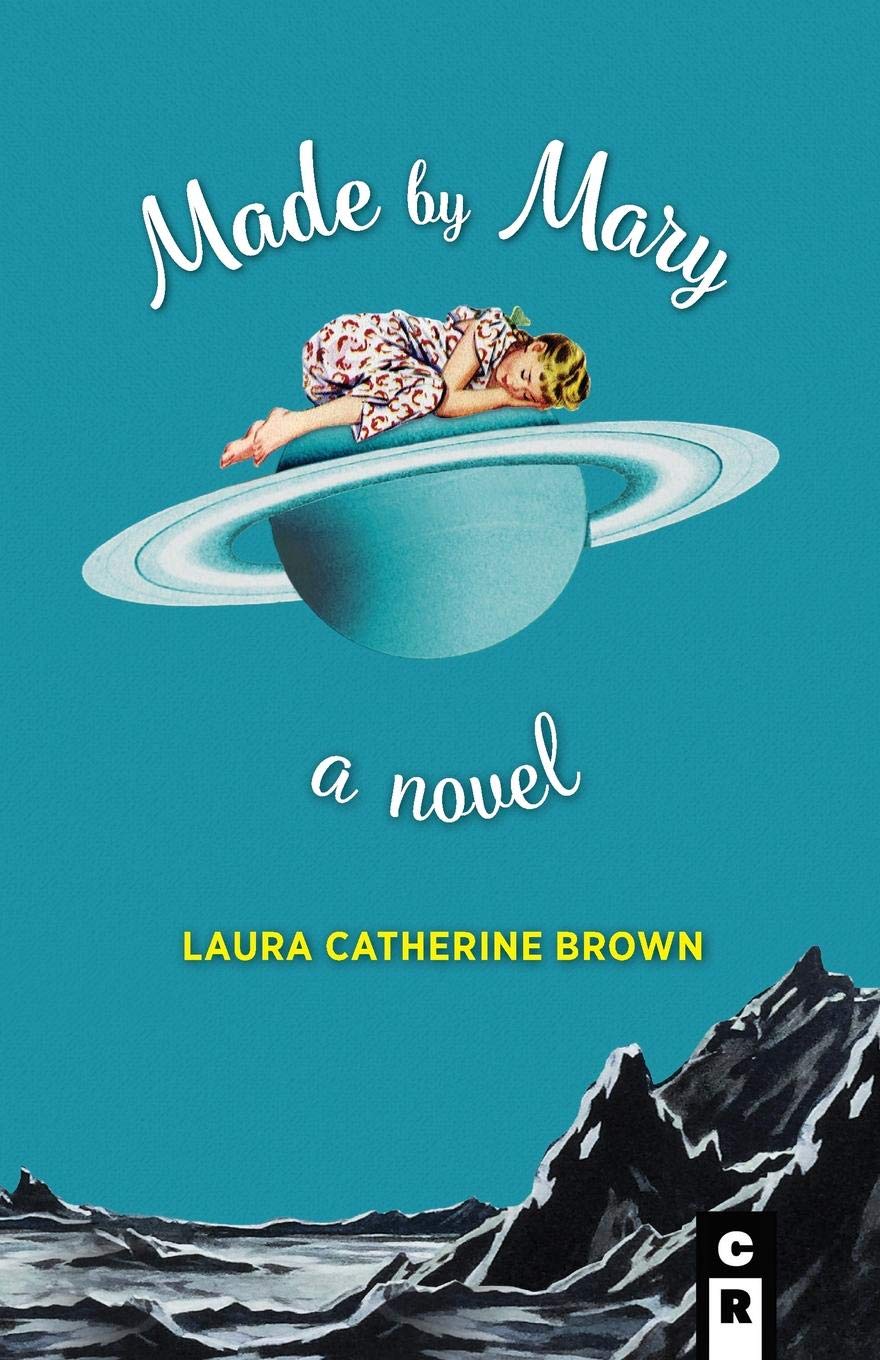 Paganism and Motherhood, it is hard to tell which topic triggers the greatest response of depth and range of emotion. For the religious of the world, divisions and dogma have become so thick over thousands of years, that the Pagan roots giving rise to so many of the religious holidays we recognize today, have long been lost and mention of the connection considered blasphemy. Not too dissimilarly, the act of being a mother has been elevated to such a public and unrealistic role that the term “mom shaming” is actually a thing. The pressure and desire to be a mother, even among the thickest onslaught of how one should do it properly- with everyone an expert, is so celebrated in western culture that stating out loud that you do not wish to be a mother, when you are of child bearing age, is enough to bring any cocktail party chatter to a grinding halt.

Even as motherhood is expected and lauded, not being able to get pregnant, adopt or otherwise be a mother is a quiet agony. Best to mourn it alone. And, if you happen to also be a practicing Pagan, best to live in an isolated farm in a progressive state such as Oregon or Vermont. In fact, throw in a marijuana grow room to help pay for your 50-year old mother-witch to under go last chance IVF treatments so she can carry your miracle triplets when you don’t live in a weed friendly state, and you’ve got the makings of a wild ride of a novel. Such is the case in Made by Mary by Laura Catherine Brown. Structured into four parts, each named for an element: Earth, Air, Fire and Water spanning from 1999-2000, Made by Mary does not shy away or make fun of the taboos around religion or motherhood, yet brings the reader on a journey deep into ritual, psychic complexity, and relational depth that avoids stereotypes in such a way as to encourage an open-mind.

At the novel’s opening we meet Ann Slocombe, endowed with the birth name— Annapurmua Peace Moonlight, a straight as an arrow preschool teacher who has a gift for guitar and the supernatural but just can’t seem to let loose enough to rejoin her husband, Joel’s band or her mother’s Pagan sisterhood. Joel a free spirited musician with a day job in construction, a fine wood worker with a compassionate soul and a commitment to familial responsibility that seems to grow out of fear that he is not capable of long-term fidelity. Ann loves children, works with them all day long and deeply desires a baby, but she was born without a uterus and her vaginal canal stops short for painless sex; she can not get pregnant. Because Joel has a long ago marijuana possession charge as an 18-year old, the newly married couple are repeatedly turned down as adoptive parents. Ann is trying not to hold Joel responsible for the grave mistake of his youth, but the resentment is building and shows in her tight and getting tighter demeanor.

Enter Mary, Ann’s push every button, whirling dervish, practicing witch of a mother. Mary is a jewelry artist, a healer, and deeply spiritual hippie who lives in a house with a massive sunrise painted on it. Mary is earnest and well meaning, but as is the case with mothers and daughters, manages to step on an emotional minefield every with every other step. When Ann and Joel are rejected by yet another adoption agency, Mary responds with misguided gems such as: “Why do you admit to the felony?” You have a right to lie! These fascist drug laws are out of control.” And, “America’s daughter’s back in town. Did you know Cassidy had a new baby girl? Two kids now.” Mary, baffled by the ways her daughter rejects her is constantly trying, and visibly falling short, of proving her maternal value.

As early as the first set of chapters, Brown deftly sets the stage for the swirling constellation of relationships to crash into one another, setting off meteor showers, yet somehow maintaining their core shape. It is clear that there will be nothing but trouble getting in the way of Ann’s quest for motherhood. For example, immediately there is Jessica, the buxom young hottie, fired as a caregiver for Joel’s mother, who makes her way into Ann’s trailer living room couch on the promise of giving her unborn child to the couple. A vow that everyone but Ann seems to see is doomed to fail, but, not before midnight Pagan rituals, Ann getting fired from her job, and Joel succumbing to Jessica’s seductive overtures.

By the time the adoption plan with Jessica goes awry, many strong and colorful characters, with opinionated voices are weighing in with solutions. While the cast of characters grows in scope and influencing complication, Ann becomes increasingly desperate. Desperate enough that when Jessica changes her mind, and Mary offers herself as a surrogate, to be injected with Joel’s sperm and carry the couple’s baby, Ann reluctantly agrees. A surefire recipe for disaster, and the fun doesn’t stop there. Brown is not shy to pile on seemingly insurmountable problems, each one more outrageous than the next: torrid love affairs with unlikely partners, elaborate Pagan ceremonies complete with blood and hallucinations, and a marijuana growing and selling scheme to help pay the bills. The latter, a secret arrangement, kept from Ann between Joel, her mother and a surly, unreliable, friend of Mary’s named America.

At each turn, just when it appears everyone is on track and behaving in a way that will lead to success, something or someone threatens to trip it up. Such as Mary’s chance meeting of a stranger named Peter, a British photographer who professes to fall in love with her, moves in and simultaneously acts as a loving caregiver and also takes massive advantage. Mary is smitten and risks her bed rest orders to please her lover with wild sex. When they decided to get married, his motives are questionable:

“…It’s a bit of a quandary. I’m afraid I’ve imposed on you long enough, not to mention the dosh I still owe you. I may have to leave soon.”
If he left, he’s take the beautiful goddess with him, leaving Mary with the plain, plodding self nobody wanted. Her nerves fired. Electrical synapses coursed through her energy field. She felt herself proliferating.
“Let’s get married!”
“You’re mad.” He put the camera down.
“Just say yes!” said Mary.
He prostrated himself, with his forehead on the floor in a child’s pose. “I worship you, Mary, the almighty mother. I am your slave.”

While the various scenarios leading up to the birth of Ann/Mary’s triplets (yes, triplets) are, on the surface, veer to the uproarious, the devastating consequences are no laughing matter. Brown is unafraid to make her characters suffer magnificent loss. As a result, death and grief are powerful themes that Made by Mary explores head on, taking her readers on a journey that feels at once surreal and plausible, unbelievable and familiar. With depth in relationships that celebrate the chaos and imperfect love of mothers and daughters, lovers with lovers, and between friends, Brown delivers a beautiful and painful reminder that love often includes disappointment and failure, but also redemption and forgiveness. In the end, the human connection no matter how fallible, regardless of trappings of belief, is necessary for our survival.

About the reviewer: Kim Frank’s work is published in Maptia, American Literary Review, Sidetracked Magazine for Adventure Travel, Shadowgraph, DuPont Registry, Blackbird Literary Journal, Colorado Review, and in SVPN Magazine where she served as Editor from 2014-2017. A Fellow of the Explorers Club , Kim has recently completed two book projects, writing and editing, Amaze by SeaLegacy’s Cristina Mittermeier and Born to Ice by National Geographic photographer, Paul Nicklen with teNeues Publishing. A 2014 Idaho Literature Fellow with an MFA from the Warren Wilson Program for Writers and an MSW from the University of Pennsylvania, Kim is a 2013 UCross Artist Residency Fellow. Current projects include work on a novel set in China, and a series-in progress about the human-elephant conflict in Northern India. Originally from Ocean City, New Jersey, Kim lives in Sun Valley, Idaho with her family.