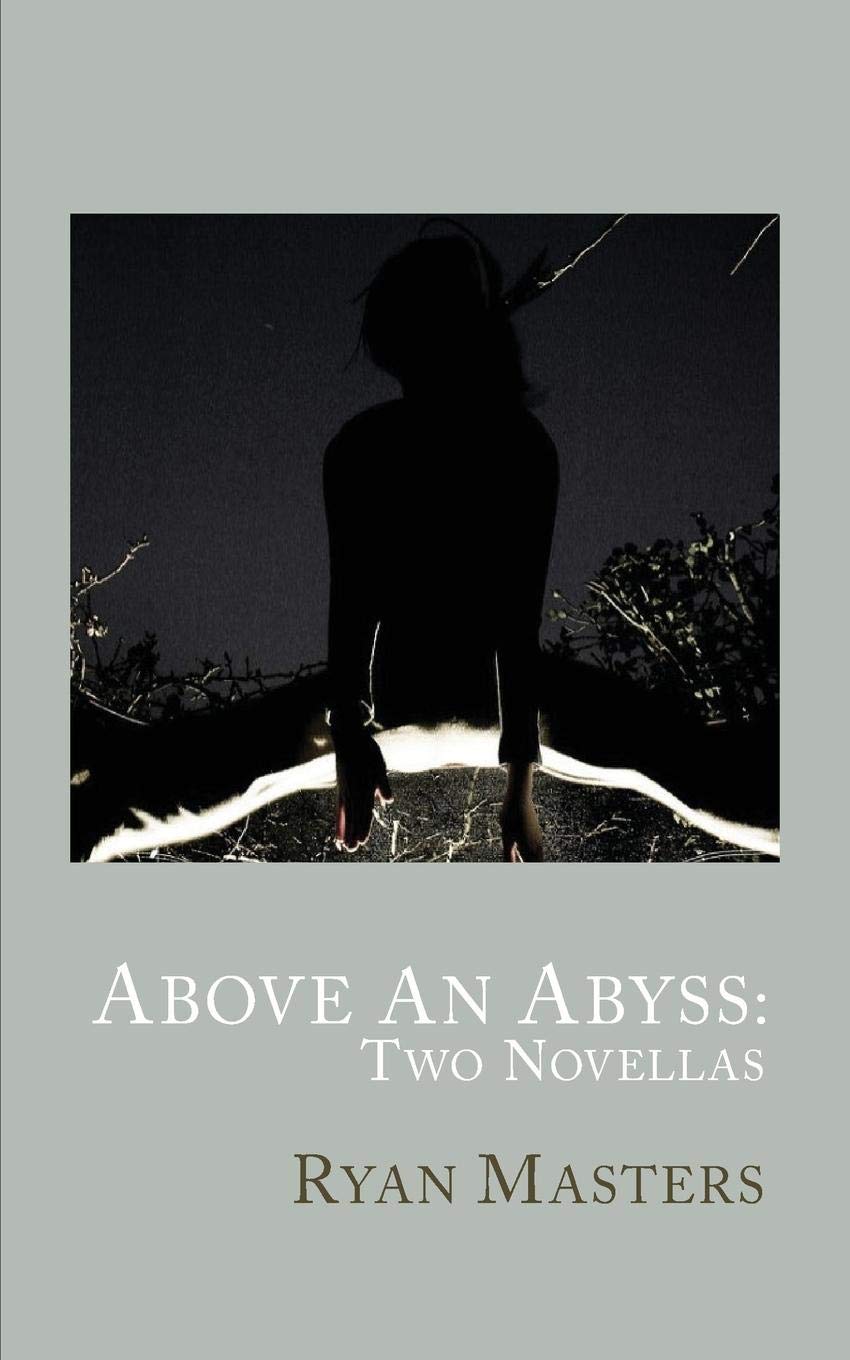 The epigraph to Above An Abyss, Ryan Masters’ marvellous collection of two beautiful and stunningly juxtaposed novellas, is from Nabokov’s Speak, Memory: ‘The cradle rocks above an abyss, and common sense tells us that our existence is but a brief crack of light between two eternities of darkness.’ ‘Trampoline Games’ and ‘The Moth Orchid’ approach this idea of existential precarity from entirely different directions, yet the two stories complement one another in breathtaking, unexpected ways.

Ryan Masters seems to relish climatic extremes. His superb short story ‘Irredeemable, Now and Forever,’ published in Catamaran Literary Reader, is pinned next to a highway near the torpid River Humboldt in the blistering heat of the Great Basin in Nevada. In Above an Abyss, ‘Trampoline Games’ tells of the inferno-summer of 1986 in Sandy, Utah, a suburb of Salt Lake City, where Jacob, the new 12-year-old in town, meets and befriends Finn Levy, a rebellious and eccentric red-haired kid who sports a white lab coat decorated with New Wave buttons. Jacob also discovers the four Hanson girls who live next door. They have a trampoline. He becomes quietly obsessed with Debra, also twelve: ‘The sight of Debra Hanson’s hair flouncing wildly over the fence, the sound of the springs and peals of angelic laughter, it was all too much for me sometimes.’

In contrast, ‘The Moth Orchid’ is set in Fairbanks, Alaska, where it is fifteen degrees below zero. Alasa Memnov maintains an orchid hothouse with obsessive vigilance, while also taking time to visit her mother, Bebe, at a nursing home: Bebe has succumbed to early-onset Alzheimer’s. Appropriately, it is the Russian Orthodox Feast of the Epiphany, before which Alasa dreams proleptically of self-revelation.

The writing in both these novellas is masterfully self-effacing. Nothing is forced and nothing draws attention to itself, yet it is all perfect, natural, necessary. It reminds me of the films of Kelly Reichardt, whose shots and compositions share the same sense of unexpected revelation amid the everyday. Images linger: a crazy drive on a frozen river and a bewildering walk through a maze of snow in ‘The Moth Orchid’; the deafening whirr of the crickets in ‘Trampoline Games’; the abrupt exposure of dangers and cruelties half-buried beneath the normal; and how very strange the ‘normal’ can be – almost, as Jacob asserts, like something from The Twilight Zone.

The novellas reflect one another in subtle ways. They both feature important mothers and absent fathers. Jacob’s mother drinks a great deal and watches game shows. She is not a happy woman and verges on the malevolent (at times reminding me of Allison Janney in I, Tonya). Alasa Memnov’s father died when she was an infant; Jacob’s father is delayed in California while he ‘orchestrates a massive round of layoffs’ at National Semiconductor. There is much humour and bitterness in both works, but in inverse proportion. One senses the possibility, or the fear of the possibility, that characters might simply disappear, absorbed by a landscape or a weird culture, and lose themselves.

Most wonderfully, ‘Trampoline Games’ and ‘The Moth Orchid’ end on entirely unexpected notes of quiet revelation, the reverberations of which continue long afterwards. I do not mean to suggest these endings are somehow bolted on as deliberate surprises. Instead, they are as parts to the whole, with deep roots in the material, but whose blossoming transforms all that has gone before. They are quite remarkable and profoundly moving.

Above an Abyss surely establishes Ryan Masters as a great practitioner of the novella, one of the most difficult and ambiguous of literary forms. Read Above an Abyss and be touched by a quiet moment of grace.

About the reviewer: Jack Messenger is a writer and reviewer based in Nottingham, UK. Find out more about him at jackmessengerwriter.com