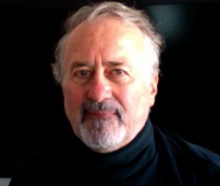 How did Reykjavik: A Novel come about? What made you write it?

Passion always dictates form. My passion for this narrative took shape over a period of years: The seeds planted a long time ago, drawing on my memories of Reykjavik back in the 1980s and the Summit in 1986, when Reagan and Gorbachev met to decide the fate of the world.

Yes, and no. At the time, the world was teetering on the brink of Armageddon, a dangerous and perverse period in history, with nuclear missiles from the US and Soviet Union pointed at each other, within a time window of 30 minutes from launch. Once launched, the missiles could not be stopped or return from their destructive paths. Millions would be dead within minutes, the world literally blown to pieces. I had come to California in the 1960s for graduate school at Berkeley when Reagan was governor and lived through the Dr. Strangelove period depicted in Stanley Kubrick’s movie with Peter Sellers.

Anything was possible, the world gone mad. Reagan, to his credit, wanted to rid the planet of these weapons. He and Gorbachev met a number of times, culminating in the Reykjavik Summit, when they knock heads to figure out a way to reduce, and ultimately eliminate these monstrous nuclear arsenals on both sides. Meanwhile, the Soviet Union was coming apart. Under the yoke of Soviet rule, Eastern Europe – Poland, the Baltics, East Germany – were growing more and more dissatisfied with the quality of their lives, restless now, hungry for freedom, resistant to the forces of oppression, all of that. Against this backdrop, the elements of my novel began to come together.

Yes. We as readers land in Berlin on the eve of the fall of the Wall, in November 1989 (as I did personally), then beyond to the 1990s when the Soviet Union collapses and a new class of oligarchs emerges to rule and take power and grab the wealth of the country. In the story we return to Reykjavik in 1996 to hear David Bowie perform, then later in the 2000s to visit the gravesite of Bobby Fischer, the extraordinary chess master who is buried in Iceland, and finally, we taste the consequences of revenge all the way up to the present.

You mentioned the seeds of the story. What happened in the composition of the novel?

Well, before too long, the seeds broke through the fertile garden of memory and started to grow into what the novel was to become. And then, seemingly on their own, the characters in the narrative began to haunt my dreams.

One night Nathalie Campbell appeared, then Andrei Heilemann, both professionals in their respective fields, one a teacher of literature and the other a nuclear scientist, pulled together by the forces of nature, or history, or some combination, their lives intersecting at precisely the moment in time when it mattered the most, when each had to give up something of themselves and change direction in life.

Who is Nathalie in your story? The main character?

Yes. Nathalie Campbell was every woman I had ever met and known, Andrei Heilemann was my neighbor down the street, the colleague at work, the man whom I knew, not as a brilliant scientist, but simply a fellow I could depend on in a crisis, a good man, perhaps even a great man.

What happened to these characters when you began to write?

For me, novels take on a life all their own if the characters won’t let go, and in this case, Nathalie and Andrei did just that. I began living and breathing the lives of these characters, writing about them as if they were part of my family, sharing their lives with my wife, who later worked hard and brilliantly to edit the book and understand these characters, who made them tick, what motivated their actions, what made real in the best sense of the word.

The story of Nathalie and Andrei’s personal lives seemed important and needed to be filled in. Dylan Rose, the probing, inquisitive journalist appeared to tell their story, the story of a family caught in the crosswinds of huge geopolitical changes. And of course, there had to be the resentment of the younger brother in the old Soviet Union, whose anger at the fall of Empire could not be underestimated or denied, the embodiment of all that happened when the Soviet Empire fell apart, and a new class of oligarchs emerged. He would not rest. He would go after his older brother with a vengeance.

← A review of Gmorning, Gnight!: Little Pep Talks for Me & You by Lin-Manuel Miranda
A review of I Truly Lament: Working Through the Holocaust by Mathias B. Freese →