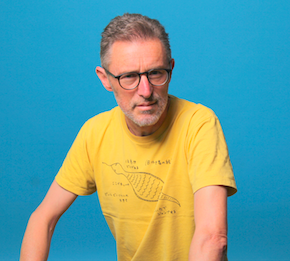 Do you feel that after all your exhaustive research you have obtained a comprehensive understanding of Mollie Dean beyond the conjecture, to that of her real character and personality? Is that even possible through such means?

I’ve done the best job possible. I don’t think there are too many avenues that I didn’t explore and there’s always an element of unknowability in any character. She was accessible by means that you wouldn’t have perhaps anticipated, including the various fictionalised representations of her put to paper. She means different things to different people for various purposes. Sometimes between the ascertainable fact and the imagined version is where get a glimpse of the true character. 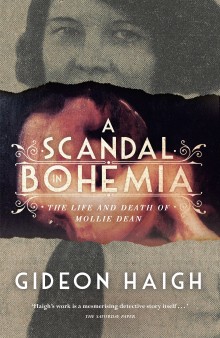 Occasionally you reference excerpts from writings believed to be attributed to Mollie, along with characters potentially inspired by her in the works of others – how much of a person’s true character do you think can be found within a supposed work of fiction? Do you think it is a good source of evidence?

I think it’s an excellent source of evidence. Because it records an individual response to the character. It might not be a definitive biographical account, but, interestingly, people manipulate and manhandle the character to suit their own purposes, which is kind of revealing of them. Mollie’s depiction is an interesting way to interpret other people’s characters around her.

Mollie’s novel Monsters Not Men is now forever lost to the ages. Throughout your research, did you wonder what the novel would be like and yearn to read it? Do you think that would’ve also afforded a great insight into Mollie’s mind at the time?

I think it would’ve been very useful. Like most first fiction, it would’ve been a thinly-veiled autobiography. I suspect that the title was chosen advisedly, in the sense that she had extensive experience with men and their priorities and their limitations. This might well have been a response to her sexual exploitation by those same men. I shrink from any speculation which I cannot support by verifiable documents. So I didn’t allow my imagination to lead me to what Monsters Not Men would’ve consisted of, but at the same time, speaking more as an observer and not necessarily as a writer – I can have a guess.

The scene detailing Mollie’s murder is very confronting. How did you find the balance of being informative without being gratuitous?

I tried to take the emphasis off her death. I was drawn to the story by her death, but I sort of stayed for her life. I didn’t want to make her a victim a second time. I didn’t want to become another male exploiting her for their own purposes. I was determined to do justice to her creative and personal vitality. So, I think I tried to change the emphasis in the book from being a conventional crime narrative to something closer to being a short biography, one that also encompassed after her life through the imagined creations of her.

Which methods can one apply to ensure they never become so bogged down in research as to fail to pen a book, or include too much needless information?

Challenge of a lifetime (laughs).

I think you can only learn that by making mistakes along the way. You get a feel for these things, a sense of the granularity of a narrative. In reading it, you get a feeling for pace. With stories like this, you can get completely obsessed with it and you can end up wanting to share everything. I think, often the simplest way to do it is to, put it away for a while, then go back and try and read it with a fresh eye. It’s helpful sometimes to give it to someone else to read and I often do that with my work, even when it’s in progress. I gave this draft of the manuscript to three or four people, whose reading eye and ear I trusted and I sort of took their observations.

You should never forget why it is you came into to writing a story and the set of questions you have to answer. At the same time, you need the sense of the universality of the story. The whole point of doing a book like this is not simply to tell a story, but to kind of recreate a universe, to recreate a city, to recreate a scene, so you need to have a solid sense of the macro-environment in which the events take place. A good crime, such as a vivid murder, will always be an illuminating aperture through which to view society in which that crime was committed.

Do you have a particular process? Do you write 500 words a day? Or do you spend months researching before you commit anything to paper? How does that work and does that change from book to book?

Yeah, it changes from book to book. You’re constantly working in an iterative loop, whereby the process of writing reveals the things that you have to find out. Having first provided you with the original impetus for starting writing, you realise that when you feel the texture of a narrative you go ‘ah yes, here’s a bit where I don’t quite know what I’m talking about, so I need to go back and do more work’.

Was the research component of this book different to The Office: A Hardworking History?

They are two different processes. I probably feel a more natural affinity for a book like Scandal In Bohemia, where you are working in an environment of scarcity, where there’s a limit to the amount of information you have and a lot of the work is done to you trying to expand that sum of knowledge. You’re often working on accumulating little middens of knowledge and trying to draw them closer together. Whereas something like The Office I was dealing with a vast, abundance of material and that was a matter of trying to refine that and to rationalise it and whip it into shape.

I might go back and do another book like The Office at some point, but I would need a good reason for doing so. It doesn’t perhaps come quite so naturally as the act of working in various institutions and looking up archives and handling primary source documents. Something like The Office was done almost entirely in secondary sources.

As A Scandal In Bohemia was more of a case of scarcity of information, did you ever find yourself becoming completely stuck at a pivotal point in the story and could not locate any verifiable sources to determine what happened?

I never became completely stuck, when you do a book like this, you always have five or six different lines of enquiry proceeding simultaneously. Some of those will lead nowhere. But two or three will yield something and maybe one will yield something special. You don’t just sort of sequence things one after the other, you always have multiple areas of investigation proceeding at once.

Do you feel that your writing has changed over the years?

I like that quote of Thomas Mann’s – ‘A writer is someone who finds writing harder than everyone else’. Sometimes it’s harder for me to feel challenged in writing. To be really satisfied with writing, I have to try quite hard these days. It’s really up to writers to take their own careers and set their own parameters.

I don’t mind doing that, it’s one of the reasons why I chose to be a book writer, because I get to impose my own set of standards on things and to exercise my own form of quality control. In some respects, you’re never quite satisfied with what you’ve done, every book ends in disappointment, you’re always slightly dissatisfied with how things turned out relative to what you set out to do. But that provides the impetus to do the next book and hopefully get it a little bit closer to right.

What is it that draws you to any particular project? Is it an idea? Is it happening across an interesting story? Or maybe a concept that you want to explore?

The draw is to do something I haven’t done before, it might sound strange from someone who has written 22 cricket books but I don’t like to repeat myself (laughs).

I’ve done so many books now that I really need a new experience each time. The Mollie book was more about forming a core with the earlier true-crime book I did, Certain Admissions. When I finished that book, I had enjoyed writing it, but I did think that the one thing I didn’t do successfully or to my own satisfaction, was explore and evoke the humanity of the victim, Beth Williams, precisely because I wasn’t able to obtain that much information about her. In reading the true crime genre I became aware of this broken aspect in some true crime titles where the victim is, more or less, just a prop.

Once I finished Certain Admissions, I thought that if I was going to do it again, I want to do a book that’s from a different perspective, one that explores the humanity of the victim and concentrates on them and that tells us something about, not necessarily the murder, but the act, or the implications of, a person’s annihilation.

So when I chanced upon the Mollie Dean story, I thought this was the one I could be looking for. Mostly for the simple reason that it was unsolved, there was no perpetrator to hog the limelight and also because she was really was such a fascinating figure, one who made everyone around her a bit uncomfortable – a genuine cultural disruptor.

What about your influences, any for this particular book or any perennial ones?

Like every sort of writer, I’m a compound of my influences. With this one though, I enjoyed Robert Kolker’s Lost Girls, which is about a serial killer on Long Island, disposing of online escorts. Because there was no murderer apprehended, it concentrated on the victims, telling their stories of how they got there. I was quite interested to see how other true-crime writers dealt with victims. The detail with which [Kolker] explored their various lives and the identification that he developed with his subjects, was an influence. But there was certainly no exact template, or mirror for the book that I was doing, I just sort of followed my own instincts.

I know that the book has just come out, but are you working on anything else at the moment?

I’ve had a very busy summer with the cricket and a very busy last few weeks, dealing with the ball tampering incident. I’ve put a lot of energy into that. I do have a long-term non-fiction project that I’ve sort of started work on, but that will take several years. I haven’t run into it with arms abandon, because I realise that projects like that can be quite difficult to fund and you sort of do need to take in quite a bit of washing in order to pay for them (laughs).

A Scandal In Bohemia is available to buy now from Penguin Random House:
https://www.penguin.com.au/books/a-scandal-in-bohemia-9780143789574

About the interviewer: Samuel Elliott is a Sydney-based author that has been published in Antic, The Southerly, Compulsive Reader, MoviePilot, Writer’s Bloc, Vertigo, Good Reading, FilmInk, Veranadah, The Big Issue and The Independent. He is currently working on his novel series, ‘Milan Milton: Heiress’ in between completing a degree and working two jobs within the television industry. Find him at: www.facebook.com/samuelelliottauthor