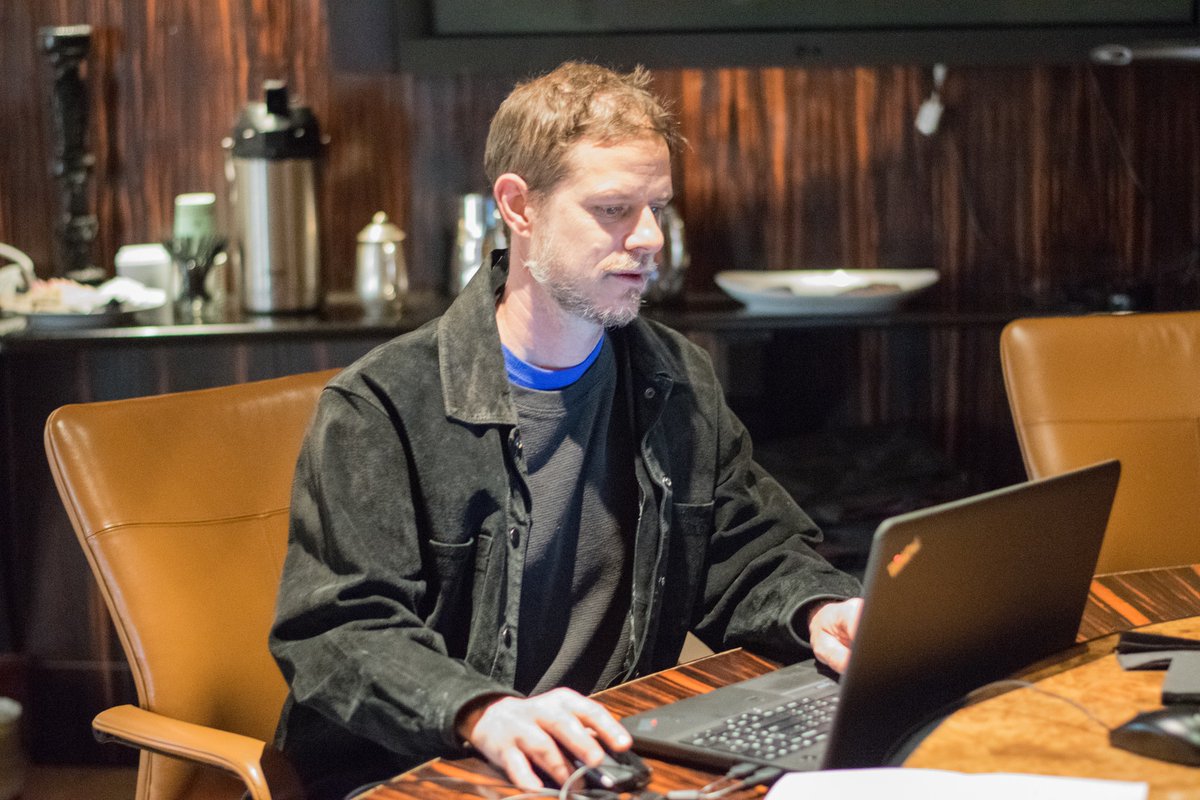 Misfortunes of T-Funk really is all about the music. What inspired the story?

My past, really. I knew this story was brewing in me for years now. The different jobs I’ve worked and stories I’ve lived through in the name of keeping music my priority has been just outrageous, so it seemed natural to craft these stories about fictional characters informed by my own “misfortunes” and frustrations in what almost seems like a former life to me now.

There has to be a little of your own real life peppered in, right?

Yes. I made up these characters and put them through some stories that are made up, and some that I have actually experienced, though I will keep those details close to my chest. My favorite part of having a ‘work of fiction’ disclaimer is that I can borrow them from my own life with no intention of ever returning to them. I like to say that maybe I’ll even forget those parts of the stories really happened. I’m getting older… it could happen.

I love the idea of incorporating music directly into your story, especially with your background. It’s such a unique idea! How did you come up with it?

I started thinking about where Theo, my main character, was headed musically right away -meaning back around the year 2000, though I didn’t have a name for him then – but, I didn’t have much in mind for the vehicle to get him there.

I felt like I needed a different plan of some sort.  I don’t really remember the moment I thought to use recordings, but it seemed an unnecessarily difficult task to describe Theo’s experience with nothing but words.  It was when I decided to use these recordings that my second character, Judah, materialized. He sings each track from my own songwriting past throughout the book.

Which genres and artists from your own life influence the music in Misfortunes of T-Funk?

I grew up listening to Led Zeppelin and Pink Floyd, along with The Beatles, The Rolling Stones, The Who and other classic rock. I also went through a punk phase, along with another stretch where I was listening to rap and writing hooks for some of those rappers in a studio in Northern California.  Jazz was a favorite later on in life, which explains why I eventually obtained an MA in Jazz Composition. I think all of these various influences will be pretty apparent to readers/listeners of the book, though I’m sure some are more obvious than others.

What can readers/listeners expect of the embedded music in each of the Misfortune books?

I’m hoping for 12-15 tracks incorporated across the entire series – which is suspiciously the length of a CD or full-length playlist. It’s something that’s ever-developing with the story itself, so I’m looking forward to seeing just how the entire thing plays out.

Being a musician yourself, what fascinates you most about the craft?

The strangest thing is how it’s changed for me. When I first started listening to music at the age of 12, someone gave me a tape of “The Wall” by Pink Floyd and I honestly thought there was a puzzle in it that would lead me to other things. I listened over and over and finally started buying other records, spending any money I came across on vinyl.  The fascination developed into studying music, singing and writing my own songs. It was all music, all the time – nothing else mattered.

Now, I play professionally in town (though only part time) and hardly listen to music except for on the radio, because they have local DJs playing all kinds of music that seems new to me.  What’s changed now is the role of music in my life. I make some money on it, and I find my spots where I have just as much fun as ever I did, but it’s no longer front and center.  That is a little sad to me, but things happen. There are kids in my life, younger and older, and I don’t have the burning desire to challenge the way people hear music that I did when I was in college.  Now, I’ll stay creative as it suits me; listen to weird radio shows that suit me; maybe turn myself on to something new every once in awhile and leave it at that. It’s definitely a happier way to live, rather than out on the edge of the world, desperate to put my work in front of anyone.

You also publish Seven Eleven Stories, a periodical of stories from you and other authors around the country. Can you tell us more about the 7-11 theme throughout the anthology?

Ahh… “Where the price of convenience is strangeness.” I used to visit convenience stores a lot, often while I was working. So at those hours I came across some things that were very strange, some inspirational. I don’t know when I thought of the concept, but I was finally out of school after an eight year run to my MA and was keen to get back into writing fiction.

In the bustling nightlife of Los Angeles, while certain other friends were going to auditions and having meetings and these things, my friend Coby and I took trips to 7-Eleven. The joke of going to 7-Eleven, of all places began to develop, and we finally established a literary website in 2014 – Seven Eleven Stories.

A year later, I released my own book, Seven Eleven Forgotten and Other Stories. As Coby and I  had already added a handful of convenience store submissions from a few different authors on the original site, many of those were included in the first volume.

Can you tell us more about what you have planned for the Misfortunes of T-Funk series, and maybe even give readers peek into Volume 3 for Seven Eleven Stories?

Yes – Books 2 and 3 in the T-Funk series are underway. As Book 1 offers an entertaining study of the two main characters and their friendship, Book 2 will take readers closer to Theo’s resolve to make music his living, and also follow Judah along his own borderline self-destructive romantic spiral.

But what we are going to see more of in both Books 2 and 3 in the series is the setting. This trilogy is placed at an undetermined time in the future, and there is an element of technologically and politically-based dystopia starting to emerge. The lens is still mostly focused on Theo and Judah, who live so much in their own worlds that they hardly ever notice the daily news. However, this darkening future of a setting has its impact on them despite their obliviousness. From this we’ll see opportunities for strangeness and dissonance beyond what we saw in the first book.

I’ll also be releasing Volume 3 of Seven Eleven Stories, which will be a collection of band and musician stories. I’m working on gathering some now, and submissions are always welcome! (Submit online)

← A review of Forgotten Women: A Tribute in Poetry edited by Ginny Lowe Connors
Strange Migrations: on the novel Divisadero by Michael Ondaatje →