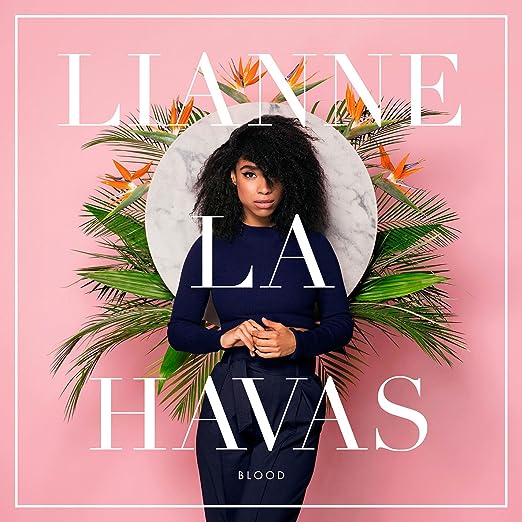 Beauty can be born of joy; and beauty cam come from confrontation pain, with truth—and the self-doubt that arises from a terrible relationship—and the latter happens in “Lost and Found,” a song on the album Is Your Love Big Enough?, the premier collection by the very, very intelligent and lovely singer-songwriter Lianne La Havas.  Lianne La Havas’s made the most favorable impression with a first album that was fresh, honest, imaginative, intelligent, and sweet: Is Your Love Big Enough? (2012)—and with her second album, Blood (2015), she has confirmed that she is an artist of fine and serious purpose.  Lianne La Havas—a British girl of Jamaican and Greek heritage (her Greek father was a musician)—has been a part of music scenes large and small (associated at one time or another with Paloma Faith, Bon Iver, Alicia Keys, and Prince); and her work has won her critical respect and popularity.  Yet, though young, recognized, and rewarded, there she has had to fight for her integrity: “When you can sing, when you’re a girl, record companies just want to set you up with the biggest songwriter, to package you that way,” La Havas told the The Guardian’s reporter Barbara Ellen (May 25, 2013), for an interview that focused not only on the early separation of Lianne La Havas’s parents and singer’s interest in art and cooking but the circumstances of her work, including the demands of the music business.  Journalist Barbara Ellen asked about racial constraints and La Havas said, “If you’re a black female singer, there’s this feeling you have to do urban music, R&B, soul, and onlythat.  But that isn’t what it’s about—if it sounds good that’s the important thing.”  One wonders whether we will ever learn, despite the attempts of artists to teach us generation after generation.  “I eventually want to get rid of genre,” La Havas said in a subsequent Guardian interview with Harriet Gibsone, an interview in which La Havas spoke of the natural ease of creativity and her disaffection for genre distinctions, “I don’t think it helps.  The music is what it is” (May 31, 2015).

On the album Is Your Love Big Enough?, the song—rousing, rollicking—that gives the collection its name could be a question for music listener rather than a single romantic lover: is your love big enough for someone who has found  herself in a second hand guitar, someone with bohemian friends and a wayward imagination?  The only good answer is yes.  The album contains songs of charm, experience, imagination, and intelligence—songs of exceptional conception and execution.  “Age,” about involvement with an older man contains a candor and humor we rarely get in popular music; and the same is true of the melodious and sharp “Elusive,” suggesting a reflection of genuine passion.

On Blood, Lianne La Havas’s second album, her skill and appeal remain strong, although I cannot say that it has the sense of perfection I found in her first.  Its first song, “Unstoppable,” is atmospheric, with a heavy beat, and acknowledges gravity but affirms self-confidence and love.  It is an affirmation that is not rare for a young woman artist, not without expectation, though it may be necessary.  (One might appreciate it more if one remembers how much struggle it takes to bring any creativity to term.)  On “Unstoppable” Lianne La Havas’s voice is sultry and the rhythm is buoyant—and, finally, that is what matters most.  Reflection, imagination, and possibility—those seem to be what the girl in the melodious, lilting “Green & Gold” is contemplating, remembering an ancient stone, thinking of the past and the future.  The song conveys a vibrant sense of self and purpose, of the possibilities found in a city.

“Blood, her second album, builds on the immutable grace of Is Your Love Big Enough, her 2012 debut.  Whereas Is Your Love Big Enough? looks outward for validation, Blood is dynamic and poignantly self-assured in its introspection,” observed Pitchfork’s reviewer Hannah Giorgis (July 28, 2015), noting both the elegance, introspection, and whimsicality of the music and the singer’s confidence.  After noting Lianne La Havas’s musical and tonal range, Rolling Stone magazine’s Joe Levy said, “On her second album, she still strums and fingerpicks like an alt-folkie, but that new sound you hear is bass, and plenty of it” (July 31, 2015).

On Blood’s “What You Don’t Do,” which has an almost jazzy rhythm, the narrator recognizes a man’s character and love in what he does not do or say, in the games he does not play; however, there is isolation in a foreign city for the woman in “Tokyo,” although she “grew a thicker skin but now it’s wearing thin.”  There is questioning and contemplating, accompanied by piano, guitar, and finger snaps, in “Wonderful,” as the narrator connects the sensuality of love with the cosmos, with a surrounding wonder.  In “Midnight” consciousness is an alternative reality, a secluded midnight, a different time and place, with a personal relationship as a bridge for another person to go to that alternative reality too.

“I resisted the charm of evil’s arms, as she stood lay by my bedside, speaking in tongues,” La Havas sings in “Grow,” which is partly about being true to one’s own emotions, and being open to change; and the rhythms and tones of the song shift, giving it a unique structure—an embodiment of activity, of change, thoughtful and intense.  The difficulties of a relationship haunted by a person’s vexing past—the routines and contradictions, the mess of life—are the subject of “Ghost,” which has a beautiful quiet, as the song contemplates contradictions that may be inevitable; and there is a quiet beginning that becomes tumultuous in “Never Get Enough,” featuring guitar, light drumming, and La Havas’s voice—the song is an evocation of obsession that is accepted as love.  The song has the most explosive element of rock on the album.  The last composition “Good Goodbye” offers praise and mourning: “Every time you blink you miss another piece of this wondrous world,” La Havas sings—and Lianne La Havas insists against the evidence of loss and grief, “No one ever leaves you.”