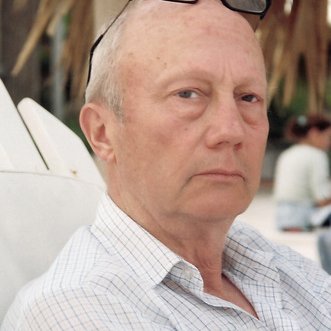 Your three new books are collections of short stories in which characters touch something important in themselves or in others.

The centerpiece of my fiction is always the individual. I like to put characters in demanding physical/psychological settings that force them to respond. Frankly this saves work and imagination because some responses are fore-ordained. Other ideas come from experience. Fly fishing. Sex. Upbringing. And so on. Some ideas even spring from other books. Really, the stories run the gambit. A few end in death, one in time travel, a few in redemption.

For all my characters, life goes on but is changed.

Tell us about Show Time. The novel challenges seven reality show contestants with the possibility of starvation or freezing to death.

My book explores the use of violence and death as entertainment. We already have real-world examples like the potential fatal violence that helps fuel the popularity of car racing. We like violence. It fascinates us. That’s why it leads the news every night. My idea is that policymakers someday will, perhaps without knowing it, encourage certain kinds of violence to keep people satisfied. Presidents like wars—even though they won’t admit it. Wars unify us. We always support the troops. So deliberate steps to encourage controlled violence are not so farfetched.

Your fiction is occasionally threaded with darker impulses. Why delve into the shadow side?

A wise writing instructor once said, “People don’t read nice. It puts them to sleep.”

I write dark-side fiction because that’s the only kind people read. I am not especially interested in venality, violence (which I really do not like), human weakness, etc. but these are essential elements of fiction. Of course we’re all fallible, and some of my fiction reflects this theme.
In Show Time, the producer arranges for a murder to happen on the show because her entire focus in life is on her ratings. Nothing else matters. We humans can get blinkered that way and occasionally take desperate measures to keep things on track. That’s true reality. But overall, I write in this vein because it is artistically satisfying and readers demand it.

In Beena’s Story an Indian woman is disfigured by acid, in Virgin Birth a surrogate mother is attacked, and Show Time explores personal and social violence. How do you address violence without becoming graphic?

Writing that is too graphic turns people off. Different readers (and writers) have different limits; mine are probably about average. Some would say I’m too cautious but bodies run through and guts spilling out simply seem unnecessary and distracting. It comes down to a matter of style. A very clear case is the “cozy.” There’s always a murder but never a body.

As to sex, I think I provided the appropriate amount of detail in Show Time and, very differently, in Vishnu Schist, Swimming Hole, and Devotional. Sex scenes can be sexy, even graphic as in Devotional, but clichés must be avoided like the plague. In Charlie Stuart’s Car got a little close to that, I think. I’ll let readers decide.

How do you align your dark fiction with your Huffington Post article about the world getting better?

The reality is that dark impulses, especially violence, will always be there. The world is getting better in part because we are learning to curb our natural violent instincts. We sublimate by watching violent sports. Boxing. Football. NASCAR. We punish. Murderers and rapists are jailed. And so on.

Backing this up must be the rule of law. People are capable of unspeakable horrors. And that includes nice, civilized people. See the enforcers of the Holocaust. See Uganda. See North Korea. The fact that the government has a monopoly on legal violence (wars, executions, etc.) is a good thing. The great majority of citizens want violence curbed, and only a governmental entity can do that consistently.

So, yes, humans will always love violence (see video games), and in the societies that function best, violence will be sublimated. Hence my novel Show Time. Hence my short story “Hunting Dora”.

You support the rule of law but some of your stories demonstrate abuses of power. Should readers beware authority?

No society can exist without rules that prevent people from harming others. But the government can be a poor purveyor of justice. Where’s the justice in the War on Drugs? Where’s the justice in taking (by force) billions from hardworking taxpaying Americans and giving it to rich farmers and agricultural corporations? And on and on.
The government is necessary for some things, and I appreciate that. An army. Rule of law. Enforceable contracts. But it is not such a stretch to depict the government as complicit (behind the scenes!) in a brutal scheme to satisfy Americans’ lust for violence as in Show Time.

Readers should worry, because government’s perfidy is backed by government force. The worst perpetrators of violence have been governments. Stalin. Mao. Hitler. Pol Pot. Dystopian fiction is perhaps popular because in the digital age it seems more feasible. Big brother is watching.

On the other hand, people are generally very good about making decisions for their own lives. Over two centuries or so we’ve seen that life can be pretty successful and satisfying in democratic, free market societies. That’s why messy democracy is so terribly important.

What’s the takeaway for readers of your fiction?

I would hope they have journeyed to a place they would not have seen without the novel or one of the stories…that they experienced it and enjoyed being there, became engrossed, and had the pleasure of a good read. I always welcome emails with serious and thoughtful questions. I invite readers of Show Time to think about the complexities of violence. Perhaps this is worth considering: “War unites us. Love divides us.”

It’s interesting that some of your stories revolve around activists. Your own efforts range from philanthropy to utilizing social marketing to distribute birth control, yet some of your characters view “do-gooders” with sharp cynicism.

We compassionate humans so love to think highly of ourselves that we do “good” things without using the brains god gave us. For a decade the U.S. sent huge amounts of grain to India. Result: Indian farmers couldn’t make a living, Indian agriculture stagnated, Indians were generally worse off than they would have been without our “help.”

Doing stuff that feels good instead of stuff that will acutely help is something I really abhor. Feel-good giving is self-indulgent and occasionally cruel. It’s great to feel superior to that panhandler on the corner, so give him a dollar (and assure the future of panhandling) and think how morally superior you are. Whatever you do, don’t think about how you could actually be helpful. Not emotionally satisfying!

So the cynics in my stories are right, only it’s not really cynicism. It’s clarity. It’s intellectual integrity. If you want to help people then empower them to take control of their lives. And don’t expect gratitude. You’re doing your job; they’re doing theirs.

My most promising novel is Just In Time, in which a Wall Street trader is deposited back in the Pleistocene era. The other, Indian Summer, follows a Peace Corps volunteer’s transformation fighting famine in India during the 1960s. I plan to write more short stories focused on the transformative powers of sex and alcohol.

As for myself, I will continue enjoying my married life, being a stepfather, and nurturing my very promising grandkids. And, of course, I’ll continue organizing projects that promote civil liberties through the DKT Liberty Project, work to end the War on Drugs, and debunk yahoos who ignore the reason and science behind immunization and the genetically modified crops that can relieve suffering worldwide.