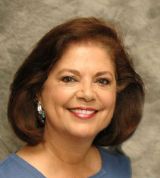 I grew up in the San Francisco bay area, and my parents subscribed to the Oakland Tribune which had an “Aunt Elsie” column featuring stories written and sent in by children. My first story was printed when I was ten years old, and, once I saw my byline, I was hooked and knew I wanted to be a writer.

I was an English major in college and president of the drama club for more than two years, so I wrote poems for the college literary magazine and skits for the drama club. Later as a high school English teacher, I wrote plays that the faculty and students could act in, to raise scholarship money for needy seniors. But it wasn’t until I retired from education that I began writing full-time. I delved into all kinds of projects, writing three books, five award-winning screenplays, and nearly a dozen short stories for anthologies like Chicken Soup for the Soul.

What inspired you to write Psoriasis—A Love Story?

After I was able to manage my symptoms of psoriasis outside the confines of traditional medicine, I looked back over the 30 years of using myself as a guinea pig in order to find a cure. I thought other people could benefit from my systematic approach to healing by using my book as a blue print, looking at all the possible causes for the condition: physical, mental, emotional, and spiritual. I wanted to help other psoriasis sufferers (nearly 8 million in America alone) avoid the thousands of dollars I spent on researching and trying out alternative treatments, not to mention the years of humiliation and sense of personal failure when nothing seemed to work. When I eventually found a way to heal, writing the book seemed the best way for me to inspire others to embark on a journey of their own.

Do you have a specific writing style?

My husband, Bud Gardner, co-author of Chicken Soup for the Writers Soul, taught Writing for Publication at the college level for many years. When I took his class, I remember a quotation he used from Arthur Schopenhauer, “One should use common word to say uncommon things.” That resonated with me because I’ve never been one to use lofty language to impress anyone with my vocabulary. I’m interested in clear communication. I try to write as if I’m speaking directly to a really good friend, somebody who “gets” me. In the case of Psoriasis—A Love Story, I also channeled my inner Erma Bombeck to add some humor to the story because psoriasis is such a debilitating, depressing disease.

Everyone’s heard of the expression “the heartbreak of psoriasis.” After having my heart and spirit nearly broken by psoriasis, a disease my dermatologist told me had no known cause or cure, I knew that my journey to heal was indeed a love story because, in the end, I had to learn to love myself, scaly skin and all. It was only after the book was published that I decided to do a search on similarly titled books and discovered there are hundreds of books with the words “a love story” in the title. My favorite was Christopher Moore’s You Suck: A Love Story. Hilarious!

I’m currently working on a book called The Last 5% which will be a sequel to Psoriasis—A Love Story. Since I was only able to heal from psoriasis at the 95% level, my newest project will be how I achieved total remission. So my experimentation with new treatments is ongoing. I’m also writing stories for the Not Your Mothers’ Book series as well as children’s plays with my six-year-old granddaughter who has inherited my storytelling gene.

If you had to choose, which writer would you consider a mentor?

When I got ready to write my second book, The Huna Warrior: The Magic Begins, I read every one of the Harry Potter books by J. K. Rowling. I had read them all before, but I hoped to capture her sense of rhythm, clarity, and wittiness and infuse those qualities into my book. Her writing style best personifies what I tried to achieve with mine. It must have worked because The Huna Warrior won a bronze medal from the Independent Publishers of America in 2007 for Best Visionary Fiction.

I just finished The Wednesday Daughters by Meg Waite Clayton. It’s an elegant book, filled with vivid, even charming, descriptions. I used to teach high school English for many years, so this book brought back fond memories of being able to lose myself in another’s story, with its illuminating narratives and tangled relationships.

Are there any new authors that have grasped your interest?

My husband, Bud, and I used to attend the Maui Writers Conference for many years because he taught non-fiction workshops there. I was exposed to many great authors at the conference, writers like Barbara Kingsolver, Dave Barry, Terry McMillan, Mitch Albom, David Baldacci, Dan Millman, Marianne Williamson, Jack Canfield, Ann Rule, John Saul, Eve Bunting, and Robin Cook. So once I had personally met them, even had lunches and late night chats with them, I tried to read every book each one wrote.
He isn’t a new author, but I love Harlan Coben and eagerly await the debut of each of his books. When Bud and I went to Harlan’s booksigning in Sacramento a few years ago, besides buying his book, we gave him autographed copies of our books, and he was flabbergasted. He said, “You guys are writers? You rock!”

Did you learn anything from writing your book?

What I learned was to not hold anything back as I wrote, but to rely on my readers’ group to give me feedback on what wasn’t working for them, not censor anything during the writing process. I let my painful experiences with psoriasis flow out, and just let them bleed all over the page.

The hardest part about starting the book was trying to remember all the things I did over the course of 30 years because I never intended to write about my journey as I was living it. It was only after I had triumphed over the disease that I reflected on what it took to accomplish my healing and decided to share what I’d learned with others.

I remember when I was hosting and producing TV shows in the Sacramento area, and a health magazine editor asked me to write an article on what it was like to be in the media and deal with psoriasis. The editor was concerned because so many teenage girls with psoriasis were being bullied at school and had become suicidal. So, as I wrote, I knew I had to strongly appeal to the reader’s emotional buy-in so they would stay with me to the end and learn that, despite what conventional medicine claims, there is a cause and cure for psoriasis.

I have been a lifelong learner, and one of the ways I discover what I’ve learned about anything is by writing about it. As Isaac Asimov once said, “It’s the writing that teaches you.” As long as you write, you will benefit from the secrets you uncover about yourself, relationships, and life itself. You don’t know what you know until you start stringing words on paper. It’s always a journey of self-discovery. But remember to share your journey with others. Get it published or publish it yourself. That is the part of the process that takes the most courage, but can reap the greatest benefits.

It’s also important to know why you write, what your mission is as a writer. I have a reminder posted near my computer, a passage from a poem by Wallace Stevens, “Angel Surrounded by Paysans,” that reads: I am one of you and being one of you is being and knowing what I am and know. Yet I am the necessary angel of earth since, in my sight, you see the earth again.” Those words describe my mission as a writer: to create a vision of possibilities for my readers so that through my sight, they see the earth anew.

One last thing to leave you with. Ray Bradbury wrote an inspirational story in Chicken Soup for the Writers Soul. Here are his closing remarks which echo my sentiments about writing:

I wish for you a wrestling match with your Creative Muse that will last a lifetime. I wish craziness and foolishness and madness upon you. May you live with hysteria, and out of it make fine stories. Which finally means, may you be in love every day for the next 20,000 days. And out of that love, remake a world.