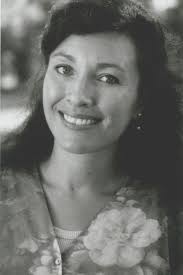 Tell me about the background of The Australian Fiance.

In my experience it is always several events that prompts the writing. In this case the events take place over several years. One of those events was that, in researching my previous book, I spoke to an aunty of mine in Singapore when I was researching my first book, and she described a woman she knew who’d been forced into prostitution during Japanese occupation. I later read that the Singapore was the worst in relation to these women. Stories of such women are not very widely known, and also I was aware that the post WW2 attitudes to Asians that had been evident in Australia during the era in which I was writing hadn’t disappeared altogether, so I began research into post war attitudes and policy. Just hearing for example that state troops took in the laundries of wealthy Australians, despite the implementation of the White Australia policy post WW2 was part of my inspiration. I guess also I’m not immune to longing either on a personal level. All those sort of things formed the basis for the novel.

What kind of research did you do for the book?

I had been to Singapore about 3 times in the 10 years preceding the writing of the book, but once I started writing I relied on those pre-visits that I’d made recently. I had actually taught about 200 or so kilometres east of Broome and I used to troop into Broome a fair bit, so I was pretty familiar with the landscape.

You have a unique narrative style in the book, of moving back and forth between first and third person. Tell me why you chose to write this way.

I was hoping to reflect the young Eurasian woman’s attempts to make herself strong again through language, and to structure events from her personal history that she had no control of at the time. I was hoping to reflect that a little, and to reflect her attempts to make herself strong after loss through language – her struggle to relieve, make sense of, and gain distance from the emotionally intense events in Australia. Similarly, that she comes to use photography to relieve loss. She is someone looking back towards a geography, but also wanting to re-enter the actual experience. The movement into first person is a means of re-entering and back to third person to create the distance.

Talk to me a bit about some of the major themes running through the book.

I think when I was writing the book I wasn’t particularly trying to write in terms of themes like love and loss, or wasn’t aware I should say about those dichotomies. Yes, to some extent the novel does look at things in terms of different kinds of love, or the Asian/Anglo divide, but I hoped that also perhaps it would transcend some of those dichotomies. The Asian and Anglo dichotomy was a necessarily theme, but as the young woman is not Asian but rather Eurasian, we also have we have to look at that. The male and female issue is of course relevant, as is the idea of someone who has suffered a loss, and coming to terms with that. The idea of what is left for someone in that situation, and how she uses photography and writing or reflection to deal with it.

The Australian Fiancee inhabits a very specifically Australian landscape, situated between the Europeanised world of post WWII Western Australia, and post WWII Singapore. Do you feel that there is a common thread amongst Australian literature as a class? Something subtle, such as voice, perspective, themes? Or is it something as clear as a certain percentage of Australian content which makes it Aussie (like the % of European blood which enables an entry visa).

I think that the boundaries of what makes for an Australian novel are changing. We have a lot of immigrants here who write novels, and who come from a culturally diverse background, so an Australian voice could be very broad. I think that perhaps there was a time when what we thought of Australian was fairly constant, but I recall when my book was reviewed inThe Australian that they mentioned on 3-5 pages that 4 out of 7 Australian books were written by people born overseas. We are permitting a multiplicity of voices. There is also the converse, where a number of books written by migrants will be grouped together as a ‘migrant voice’, even though those voices may have little in common, however, I do think that, as a multicultural society, the boundaries of what constitutes an Australian novel is quite broad, and what is permitted is also broadening.

The photography also characterises the novel, leaving its imprint at the front of each chapter; photos providing the visual images against the voice of the young Eurasian woman. What made you choose it as a theme? Do you have an interest in photography yourself?

I did for a while work as both a writer and photographer, although initially an amateurish one. Also I had memories of watching my father develop prints in his darkroom. I was looking at the different ways of seeing things with these two people. I hoped for the photography to function as a metaphor – one particular art-form. Also it provided both promise and limitations as a tool for seeing. The failure of both characters to capture an accurate image of one another, this provided a parallel to the failure of their photos to capture the things they wanted them to.

Much in The Australian Fiance is poetic, especially the ending, which could easily be the ending of a poem. Why poetry?

I was looking at the narrator trying to get some order into her sense of grief and loss through framing it poetically. The impact of this will possibly differ from reader to reader. For me, my personal approach to language is poetic. I felt that the young Eurasian woman needed a poetic language to enable her to come to terms with her loss.

Your two main characters are nameless. Why is that? Was it an attempt to get under the skin of the characters?

This has engendered some heated discussion. It works for some and others find it quite disconcerting. Yes, in some way it was an attempt to get under the skin, and I wanted to get away from always having to have a name. It just didn’t seem relevant. I may have to rethink this for future novels, but in this case, it was like the poetry; another way of defining the characters, without having names.

You are currently in the process of researching your latest novel. Can you discuss that a bit.

It is a little hard to say, because the writing changes frequently. At this stage I have two narratives going on. It involves another young Eurasian who has migrated to Australia, and in one narrative she is dealing with difficulties in her adult life, which is chaotic – she is trying to make sense of it. The other narrative is a story written by her mother, and set mostly in Malaysia and England, around the 1950s, however there is a twist, and ultimately it is not her mother’s narrative or story at all. It is set in a tea plantation in Malaysia and Malacca, and looks at some of the differences in tea drinking and making from a European and a Eurasian perspective, along with the relationship between a Eurasian and an Englishman. Of course everything may change.

← Zero decibels Quiet: Simone Lazaroo’s The Australian Fiance
Taming Your Kitchen: A Review of Donna Hay’s Off the Shelf: Cooking From the Pantry →