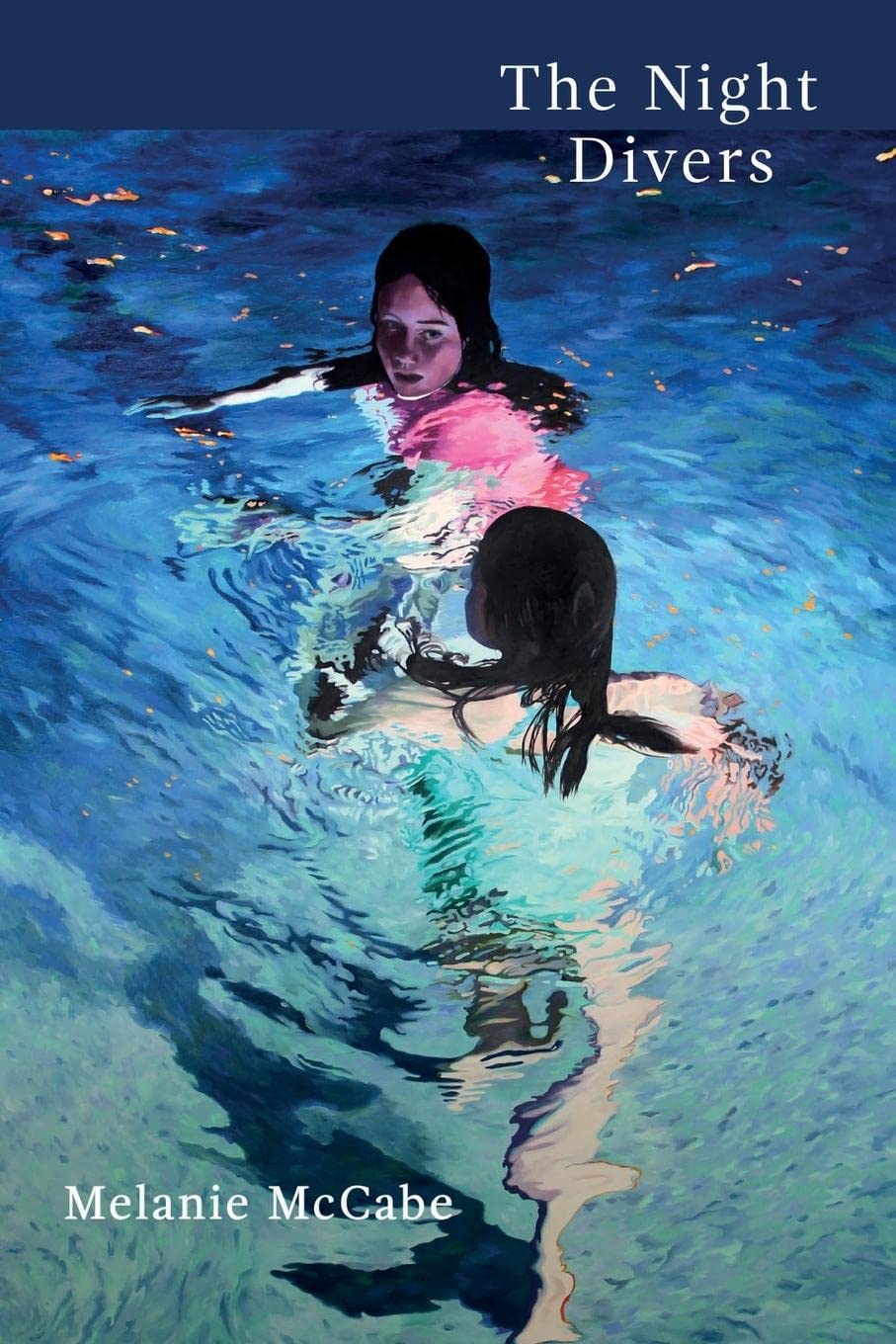 The torment of bereavement assumes sublime form in the poetry of The Night Divers. Those who have experienced loss know that grief stays quiet in no cage, and Melanie McCabe, in this collection of poems, explores the subtleties of how grief’s spectral presence informs the time and space she moves through every day, and how it lives harmoniously with an indifferent world where death is an erasure, an absorption, a ship sunk leaving not a ripple behind. In “Dead Reckoning” she writes: “It’s physics then. Remove the swimmer / from the water and the water rushes in / to fill the shape she made there.”

The Night Divers conveys astonishment at the perversity of the ground rules obtaining in the firmament we inhabit. It seems to ask: Shouldn’t there be a softening, some special handling, a modified and more compassionate equation, to apply to the thermodynamics of death? But the universe carries on insensible and implacable, applying those same unaltered rules, that same pitiless physics, to bring into being both the anguish of loss and the silent emptiness that denies it comfort. In “Waiting For You”, the poet writes: “I threw words into space in case you were there to catch them, but now what words I have left I merely set beside me like lures.”

McCabe’s central theme is the death of her sister Terri, but other losses are in play as well—loss of youth, loss of optimism, loss of the past, and the pending loss of the battle with time, encompassing all the others. And as she mourns for her sister, there is a sense that she also mourns for that part of herself that vanished when the world absorbed Terri, a part that will remain captive forever within moments only they both knew. “I kept the photo for myself alone: evidence—though it was disintegrating—of who you were when no one was watching.”—From “Your Vanity”.

Photos and other artifacts fail to rescue the surviving night diver from the predicament of being her sister’s only qualified historian. No one else knows how it really was in their shared bedroom growing up, and no one else can replicate the emotional resonance they created together. And therein lies the predicament, for when one side of the picture goes dark, what had been a story with depth and dimension becomes merely data. The jamboree of memories in the survivor’s mind becomes flattened into a hologram bereft of the full backlight needed to project the tenor and soul of their moments. In “The Last Living Speaker”, McCabe writes: “…. Only I remain to tell / our lives as they really were, and even then, / I will tell them wrong—the facts straight, but not / the angle of light or the whisper of the hickory in early fall / or the tang of rain through the bedroom screen.”  And further on in the same poem: “Those who walk with me are shadows on abandoned walls, outlines in brass frames, names chiseled into stone.”

As you move through the poetry in this collection, it may seem as if the writer is resolved to experience her pain in its most primordial form, without barrier, defense, or comfort. Such sentiments break the surface in “Martyr”: “I permit myself neither opiate nor anodyne. I poke my finger straight into the socket—press my tongue hard to the ice-slick chain link.” The atonement of a survivor is operative here, but there is more. There is a drive for accuracy, veracity, and authenticity—she wants to turn over carefully each component of her losses, to know the whole truth of her pain. She wants all the technical details. In this hard and strong quest, it can seem as if she has found only nihilism lying at the center of her earth, holding sway over everything, wreaking a studied and slow dissolution over what had been rooted and grounded around her. But then you encounter “Faith”, and you are reminded that there can be no poetry unless the existential remains unresolved. And so, she writes: “But still, I cannot bring myself / to stop reciting you—each unbidden syllable a clumsy bird / rising from a pond, sky-mad even on its stunted wings.” In “Low Tide” she returns to the theme: “At sudden ebb, would dare my eyes to look—into pools of zero—or of God.”

There are the themes, and then there is the writing. In McCabe’s hands, the prosaic geometries of everyday words are ordered and aligned into an intricate architecture capable of reflecting the most elusive mood and emotion. The selection “2 a.m.” begins: “In the spring of three-hour nights, she wakes with the white / lozenge of the moon stuck in her throat, dreams as sheer / as coconut shavings scattered over the pillow.”  From “A Creed”: “The face of the deep leans over my shoulder into the mirror. / In the twain that peers back at me from solitude: / I believe there is something to believe”.

The Night Divers deserves to be read and acknowledged. You are not likely to come away consoled, or to find an affirmation of God. But if you have grieved over loss, you will learn that someone else in the world knows what you live with, and has impossibly put into words, eloquently, those inexpressible backdrafts of emotion you thought were yours alone to suffer.

← Giveaway!
Love of Language: an Affirmation: A Review of Tina Cane’s Year of the Murder Hornet →